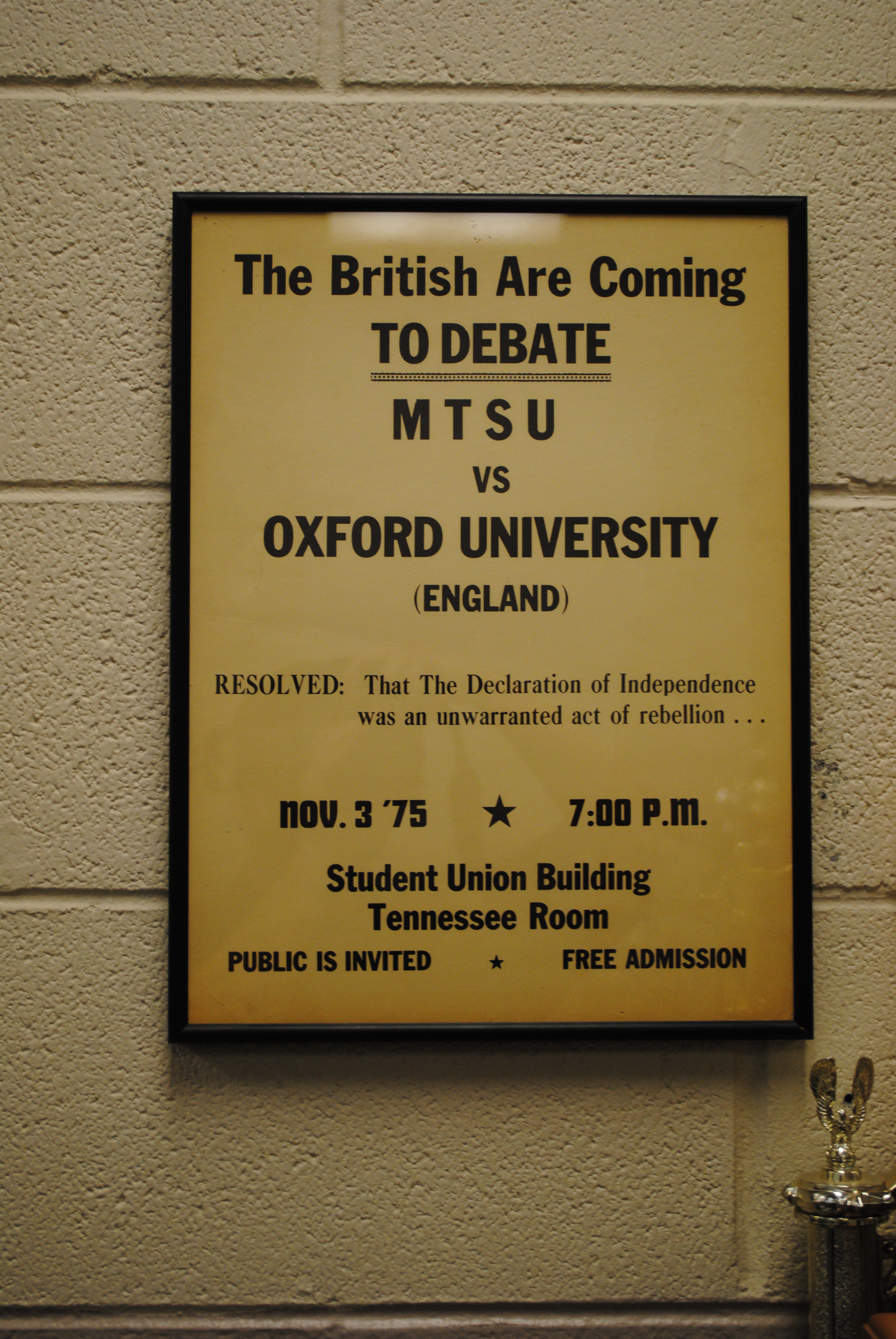 Middle Tennessee State University has a long standing debate tradition that harkens back to [the] first days of the school. Middle Tennessee State Normal opened in 1911. Male students founded the first literary society (the forerunner of modern debate teams), the Claxton Society the same year. The following year another group of male students founded the Henry W. Grady Literary Society; soon to follow were two women's literary societies. At first the literary societies (mostly the two men's societies) debated each other. The Grady society usually dominated the others. In the early 1920s Middle Tennessee began to send its best debaters to East Tennessee Normal and West Tennessee Normal (now the University of Memphis) while at the same time, these schools would send their best debaters to Middle Tennessee. These public presentations were special events and citizens from Nashville would come to hear the speakers. Andrew L. Todd, former Speaker of both the Tennessee Senate and the House of Representatives, was not only one of the founders of the school but was also a major proponent of the debating program. He personally paid for the prize medallion for round robin debate. The debaters spoke on issues such as women's suffrage and states' rights. Middle Tennessee expanded its traveling range and often debated in Virginia, Alabama, Mississippi, and Georgia. The literary societies began to decline in the late 1930s because of the Great Depression and finally phased out during World War II. 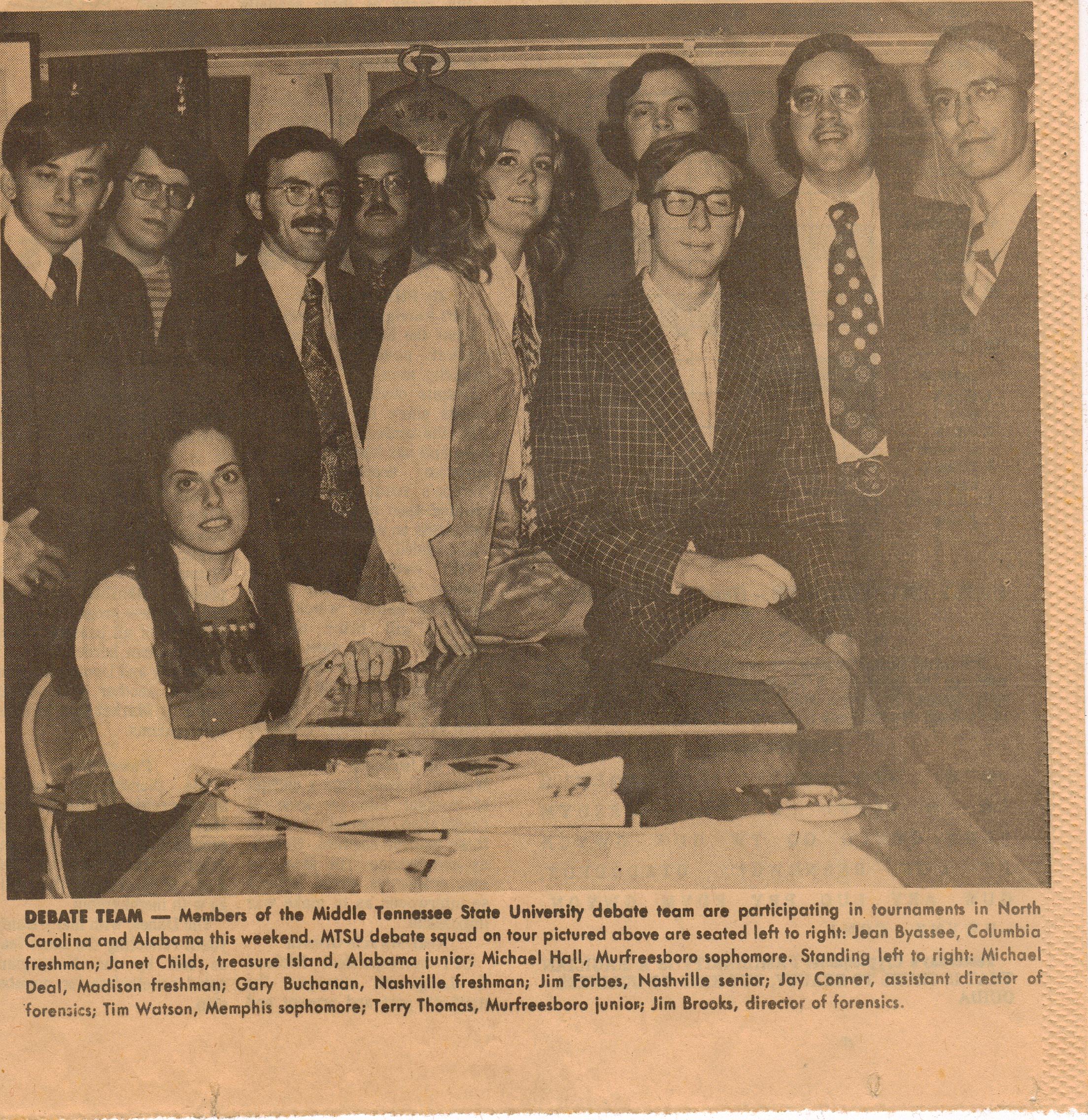 Another key reason literary the societies began to decline before WWII is the groups of students became more specialized and smaller. After WWII, modern debate teams as we now know them began. The teams were specifically designed to debate other teams on centralized topics with a coach rather than a student leading the team. Middle Tennessee was no different. In 1948 Lane Boutwell began coaching the team. He brought Pi Kappa Delta Forensics honor society to campus in 1952 as the Tennessee Zeta Chapter #223. The team grew and became very successful under the leadership of coaches James Skeine, David Walker, Jim Brooks, and Russell Church. The team regularly won many prestigious tournaments and awards in regional and national tournaments and sent three teams to the NDT Championship (Lee Greer & Fred McLean, Tim Watson & Jim Forbes, Mike Dagley & Linda Hoffman). The team also was active on campus hosting the British Debate Series from the 1970s forward and campus forums on local, state, and national issues. Researching and debating the national debate topic on product safety in 1976-77, the team contributed significant research and personal testimony to state legislators as Tennessee led in the nation in passing the first state law requiring children to use child safety restraint systems in automobiles. The team received a special commendation from the Tennessee General Assembly for assisting in passing that legislation.

One only needs to glance at the trophy case to understand the heritage of Middle Tennessee Debate. You are now a part of this history and the new trophies added to the case will reflect your sacrifices and skills as a Middle Tennessee State University Debater that future generations can appreciate!

A fundamental part of MTSU Debate is its connection to the past. Not only is the rich tradition important but also those who made that tradition happen. MTSU Debate welcomes an active alumni base. The team is always looking for old newspaper articles, press releases, ballots, and photographs from years past. We also encourage participation in the current team. Whether it is judging at one of our college or high school tournaments, reading the team newsletter, attending the end-of-year banquet, dropping by the office in KUC 312, or donating funds or scholarships to the team, your participation is always needed.

Gifts and scholarships for MTSU Debate MTSU debaters are always welcome and needed. If this is an interest of yours, please contact Coach Richey patrick.richey@mtsu.edu or visit www.mtsu.edu/supportMT.

Thank you for all you have done for MTSU Debate...past and present. Veneratio Pro Victoria! Coach Richey

Please click a thumbnail to see a larger image & details. 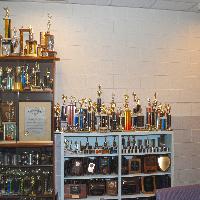 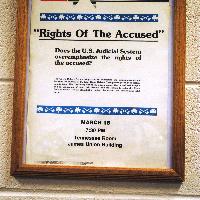 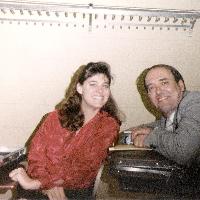 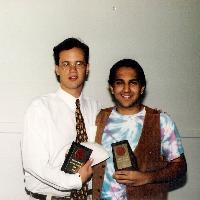 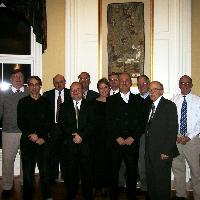 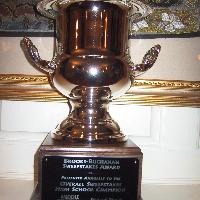 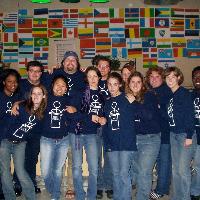 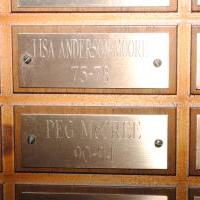 Feel free to contact Coach Patrick Richey if you have any questions at prichey@mtsu.edu or 615-898-2273.