The Ultimate Hands On Experience

Class room discussion goes only so far in exposing MTSU students to the challenges that they will face in the real world. Student projects at MTSU provide students with a forgiving environment in which to test the skills and knowledge they acquire during their time at MTSU.

Student projects not only enhance classroom learning but also teach students things they ordinarily wouldn't learn in a class, like organizational, leadership, and communication skills. Perhaps most importantly, the projects give students a taste of the engineering team environment, and help foster effective working relationships.

Because of the competitive nature of each the events MTSU engineering students participate in, students must use cutting edge technology and design methods in order to field the very best entry possible. Often these projects serve as rolling test beds for the latest innovations in various technical fields, and are accompanied by a great deal of student research.

Formula SAE is a formula style race sponsored by the Society of Automotive Engineers. The vehicles are open wheeled racers and must adhere to strict guidelines set forth by SAE.

Entries are judged not only by their performance on the track, but also by their technical and engineering innovation, with consideration given to project budget and timeline. Teams are also required to show manufacturability of their concept, and must prove their design on its merits before proving it on the track. 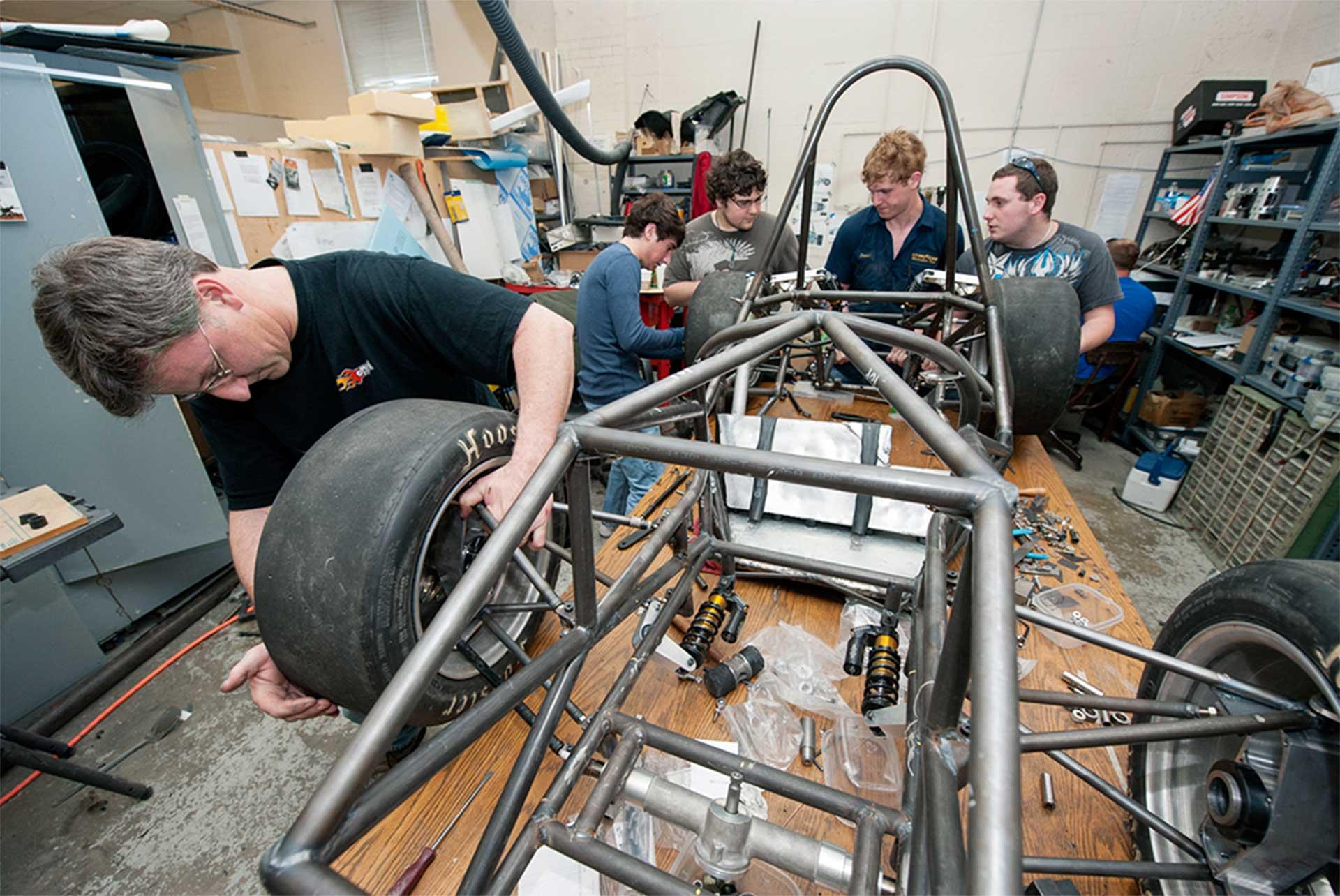 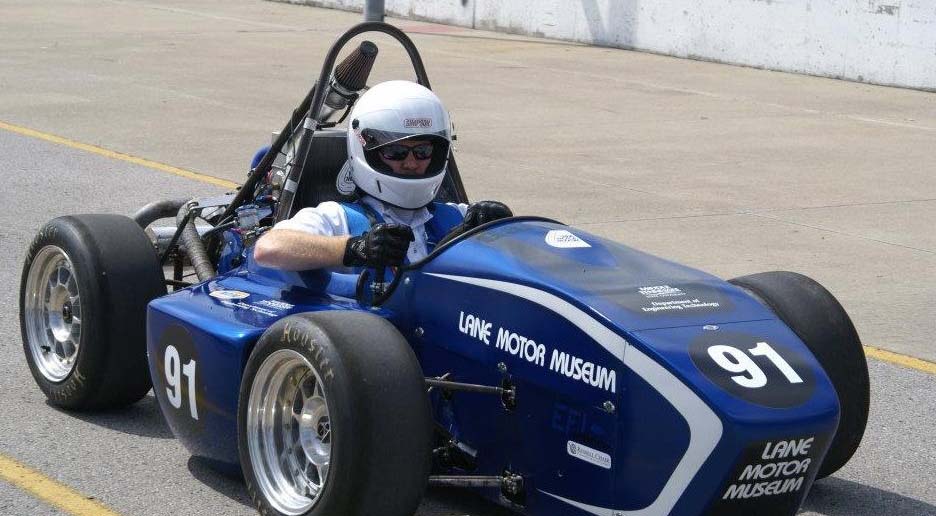 The Formula SAE competition provides a complex and unique challenge to MTSU students, who entered their first race in 2006. For more information on this project contact Dr. Saeed Foroudastan.

The Blue Raider Baja team made a very strong showing in the last week of June in Dayton, Ohio, the site of this year's SAE Midwest Mini Baja Competition. The Blue Raider Baja team finished second in the rookie of the year vote and in the top 50% overall out of 145 teams. MTSU was among the <50% of teams that were able to finish the four hour race. Design judging is broken down into eight categories, five of which MTSU finished in the top 50, including a top 10 finish in serviceability, a top 15 finish in power train design, and a top 30 finish in feasibility of mass production.

The SAE Baja consists of three regional competitions that simulate real-world engineering design projects and their related challenges. Students are tasked to design and build an off-road vehicle that will survive the severe punishment of rough terrain.

The object of the competition is to provide SAE student members with a challenging project that involves the planning and manufacturing tasks found when introducing a new product to the consumer industrial market. Teams compete against one another to have their design accepted for manufacture by a fictitious firm. Students must function as a team to not only design, build, test, promote, and race a vehicle within the limits of the rules, but also to generate financial support for their project and manage their educational priorities. 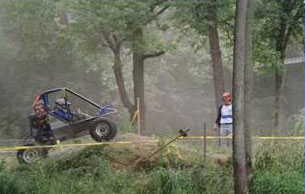 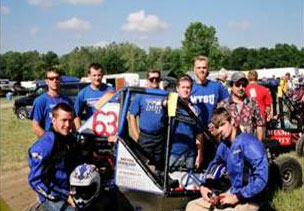 The SAE Baja competition is one of the most popular engineering design competitions in North America. With more than 400 universities competing world wide many of which have been doing so for more than 20 years. The student members of the Baja team are committed to laying the ground work for future MTSU engineering technology students, and hope to help establish the Department of Engineering Technology at Middle Tennessee State University as a premier competitor in engineering design competitions in North America. For more information on this project contact Dr. Saeed Foroudastan.

The NASA Human Exploration Rover Challenge is a NASA-sponsored event held annually at the U.S. Space and Rocket Center in Huntsville, Alabama. College teams from across the nation test their engineering skills by designing, building and racing their versions of the moon buggy on the same track used to qualify the actual lunar rover. 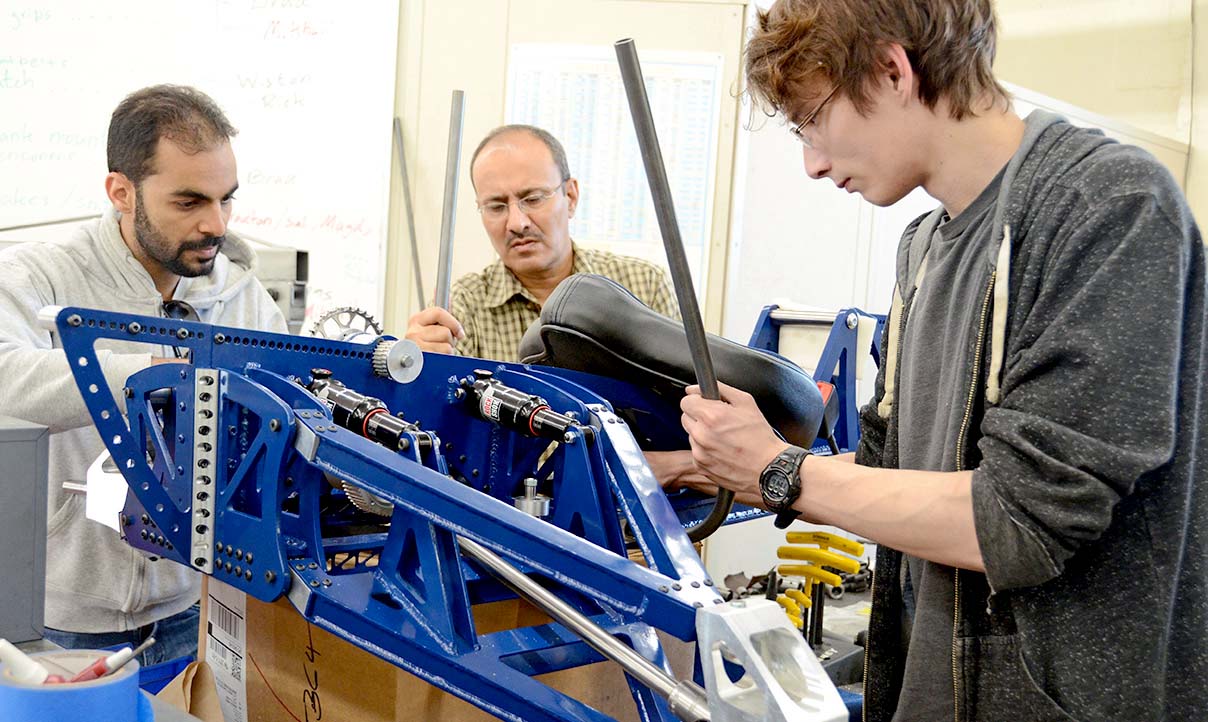 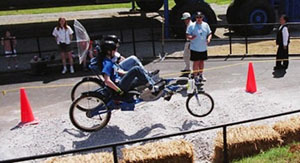 The Lunar Rover project presents a unique design challenge. Each vehicle is required to collapse into a 5' cube (for transportation to space), must be human powered, and able to be carried by two people, one male and one female. In addition, the vehicle must be able to handle inclines of up to 30 degrees both forwards and sideways.

The lunar rover team shows extreme perseverance, working late into the night and weekends before the event in order to complete their rover.

For more information on this project contact Dr. Saeed Foroudastan.

The annual American Society of Mechanical Engineers (ASME) Solar Splash is the World Championship of solar-electric boating. The event itself takes place over 5 days, the first day being spent entirely on a thorough technical inspection of each craft. The remaining four days are occupied with on-water competitions, including sprint, maneuverability, endurance and speed competitions. 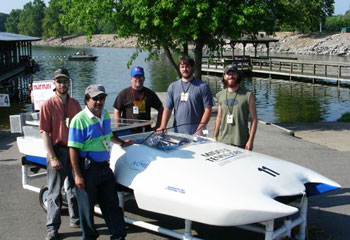 Each craft is powered completely by batteries and a solar array. This power combination on a watercraft creates its own interesting set of challenges. Not only must the craft be very efficient hydro-dynamically, but it must use its power extremely effectively.

The MTSU concept includes a hull made of space age composites and streamlined to minimize hydrodynamic drag, an extremely efficient power-line, and an advanced power management and monitoring system similar to that being implemented on the solar vehicle.

Because of the open nature of the rules, the MTSU team has developed many interesting concepts, including the catamaran configuration (shown above) and even a hydrofoil version. This years Solar Boat project will be the first of its type ever attempted at MTSU. The team has high expectations for their design, and is determined to make an impression when they compete next year. For more information on this project contact Dr. Saeed Foroudastan. 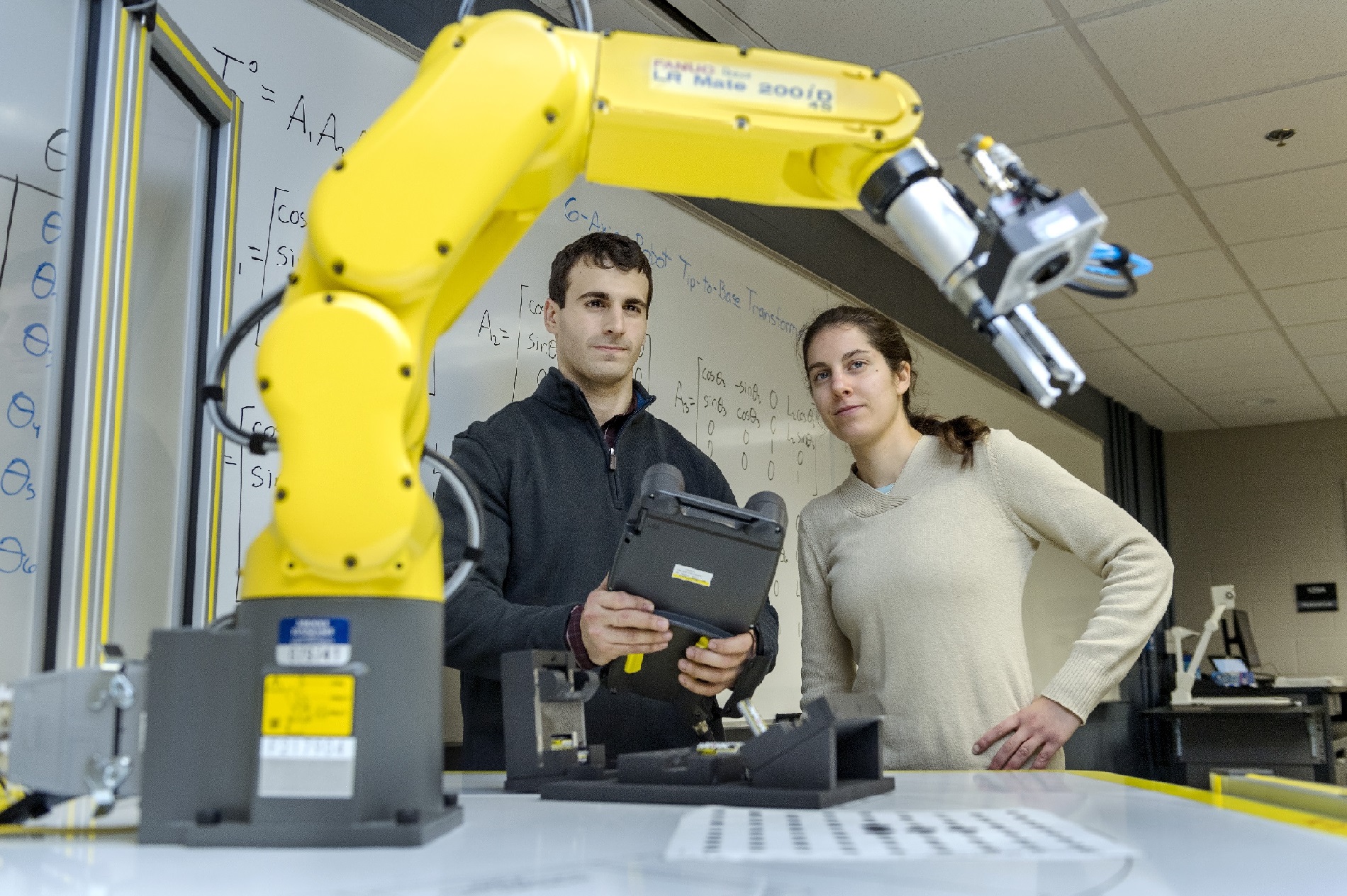 MTSU's Department of Engineering Technology recently added a national championship in robotics to its mantle of achievements.

Known for its Moonbuggies, concrete industry program, Formula 1 car and solar bikes, ET had a student team capture first place in the 2004 International Conference on Earth and Space March 7-10 in Houston.

MTSU defeated the other two finalists, the University of Illinois and Prairie View A & M, for the championship.

"They perfected the robotics system to the extent that NASA may change the requirements next time,"said Dr. Ahad Nasab, professor, ET. "They have been waiting for a group to take it to a higher level. NASA will add something to the competition (requirements) next year and make it more challenging."

Five students - seniors Aaron Dudley and Amy Black and sophomore Seth Holland of Murfreesboro, senior James Barker of Elizabethton and alumnus Travis Martin of Murfreesboro - were recognized April 2 in the Voorhies Industrial Studies building for their roles in leading the team to the national crown.

Barker, who is an aerospace major, was the lone non-ET major on the team.

"We gained so much knowledge," he said. "It was a challenge, working through the problem solving. We accomplished our goal."

It was a whole lot harder than I expected," Dudley, the team captain, said. "The competition was great. We found out we had a lot more creativity than we thought we had."

Black said the group's greatest accomplishment may not have been the Flouor Daniel Perpetual Trophy for Collegiate Competition in Extraterrestrial Robotics that it brought back to Murfreesboro.

"We learned the value of teamwork," Black said. "There were a lot of different opinions. ... We figured out how to accomplish it. At the competition, we had all kinds of serious problems the first day. We only had four hours to fix it. We were without a machine shop. We were in a hotel."

Martin, who is married and the father of two children, completed the original design in March 2002.

"They (current students) just modified it and made improvements to the electronics and air system. Technology today is just booming."

Nasab said the event, which is co-sponsored by NASA and the Earth and Science conference, is designed to mimic conditions NASA might encounter while trying to create a long-term presence on the moon.

The MTSU students built a second, smaller robot with a camera to aid the steering and driving of the larger robot, and this element led to them finishing first, Nasab said.

Congratulations to the 2021 Department of Engineering Technology Outstanding Students!