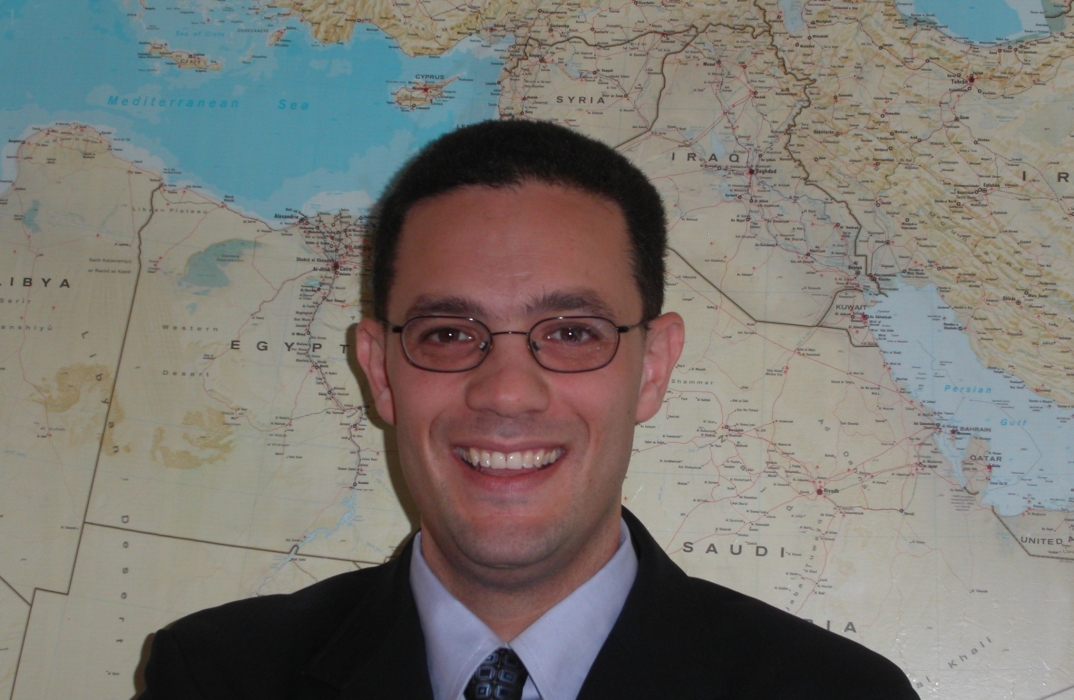 China’s Ties to the Middle East

Syria and the Arab-Israeli Conflict

Dr. Foley specializes in Middle East history and the cultural, political, and religious trends in the wider Islamic World. He has published widely and delivered public presentations to major institutions and conferences around the world. His second book, Changing Saudi Arabia: Art, Culture, and Society in the Kingdom, was published by Lynne Rienner Press in 2019 and is widely regarded as the definitive text on the Saudi arts community. It is based on a nearly a year of...

Dr. Foley specializes in Middle East history and the cultural, political, and religious trends in the wider Islamic World. He has published widely and delivered public presentations to major institutions and conferences around the world. His second book, Changing Saudi Arabia: Art, Culture, and Society in the Kingdom, was published by Lynne Rienner Press in 2019 and is widely regarded as the definitive text on the Saudi arts community. It is based on a nearly a year of in-country research and interviews. An Arabic version of the text with an updated introduction will be published this year by Adab, a Saudi press. His first book, The Arab Gulf States: Beyond Oil and Islam, was published in 2010 by Lynne Rienner Press and has also received strong reviews. He has appeared as an expert on Voice of America Television, Indus Television (Pakistan), and Al-Jazeera television and has provided expertise to The Arab News, Forbes, Sabah, and other magazines and newspapers. In addition, he has contributed opinion pieces to The Atlantic Monthly, The New Straits Times (Malaysia), The Tennessean, and other publications. For more on his work, see his website: www.seanfoley.org.

Previously, he taught at Georgetown University (USA), where he earned an M.A. in Arab Studies in 2000 and a Ph.D. in History in 2005. He graduated with a B.A. in History with honors and distinction from UC Berkeley (USA) in 1996. He has held Fulbright fellowships with Damascus University (Syria), Istanbul University (Turkey), and the International Islamic University (Malaysia). He has also done extensive research throughout Saudi Arabia and was based at King Saud University in Riyadh from April 2013 until the end of January 2014. From June 2014 until August 2014, he was a Visiting Fellow at the Centre for Arab and Islamic Studies, Research School of Social Sciences at the Australian National University (Australia).

“A distant early warning system: The Online Public Sphere and the Artistic Movement in Saudi Arabia,” Review of Middle East Studies 53, no. 2 (2019): 1-20.

“Legitimizing Transformation without Calling It Change: Tajdid, Islah, and Saudi Arabia’s Place in the Contemporary World,” Contemporary Review of Middle East 2, no. 2 (2015): 55-70.

“When an American Minister Put His Faith in the Power of Islam: Muslim Medicine, Reason, and Public Health in the Modern World,” Journal of History Studies 6, no. 3 (April 2014): 147-161.

“When Collision Emerges As Unexpected Harmony: Saudi Responses to the Arab Spring,” Contemporary Review of Middle East 1, no. 1 (March 2014): 53-74.

“The True Jihad: Art and Social Change in Saudi Arabia.” In The Gulf Cooperation Council at Forty: Risk and Opportunity in a Changing World, edited by Tarik Yousef and Adel Abdel Ghafar. Doha, Qatar: Brookings Institution Press, In Press.

“Smoking.” In The Palgrave Handbook of the Hashemite Kingdom of Jordan. edited by P.R. Kumaraswamy, 165-178. New York: Palgrave Macmillan, 2019.

“How Big Tobacco Used Islam and Modernity to Conquer Saudi Arabia.” In U.S. Foreign Policy in the Middle East: From Missionaries to the Islamic State, edited by Geoffrey Gresh and Tugrul Keskin, 28-46. London: Routledge, 2018.

“The Hobgoblins of Little Minds: Iran, Saudi Arabia, and Sectarianism in the Gulf.” In Iran’s Relations with the Arab States of the Gulf: Common Interests Over Historic Rivalries, edited by Maaike Warnaar, Luciano Zaccara, and Paul Aarts, 80-101. Berlin and London: Gerlach Press, 2016.

“All in the family: How an animated series reflects social change in Saudi Arabia,” Middle East Institute, July 27, 2021.

“All the Boys Together: Art and Contemporary Society,” London School of Economics and Political Science Middle East Centre Blog, June 12, 2019.

“Making Windows Where There Were Once Walls: Calligraphy and S...

“Making Windows Where There Were Once Walls: Calligraphy and Saudi Art in the Twenty-First Century.” Paper presented to the International Symposium on Arabic Calligraphy, Riyadh, Saudi Arabia, April 2021.

“I Love You, Urgently”: Art, the Environment, and Social Change in Saudi Arabia.” Paper presented to the annual conference of the Middle East Studies Association (MESA), Washington, DC, October 2020.

“Islam and the rise of smoking in Saudi Arabia.” Paper presented to the Oxford Symposium for Religious Studies, Oxford, United Kingdom, August, 2018.

“To Go With the Grain: The Rise of Saudi Arabia’s Modern Artistic Movement.” Paper presented to the Annual Meeting of the Japan Association for Middle East Studies, Sophia University, Tokyo, Japan, May 2018.

“From Madison Avenue to Muscat: Ibadi Responses to the Modern Cigarette Industry.” Paper presented to the 8th Conference on Ibadi Studies, University of Tokyo, Tokyo, Japan, May 2017.

“When oil is not enough: Sino-Saudi Ties and Vision 2030.” Paper presented to The 5th International Forum on Asia and the Middle East, Shanghai International Studies University, Shanghai, China, September 2016.

“Seek Knowledge even if it takes you to China (via Washington): America, China, Saudi Arabia and the Twenty-First Century.” Paper presented to China in the Middle East, Conference Jointly Run by Peking University and Indiana University China Office, Beijing, China, March 2015.

“‘No Woman, No Drive:’ Telfaz11, the Saudi Arts Movement and National Identity in the Twenty-First Century.” Paper presented at the Annual Meeting of the Middle East Studies Association (MESA), Washington, DC November 2014.

“When dissonance becomes unexpected harmony: How artists are re-imagining Saudi Arabia’s culture and society.” Paper delivered to the Centre for Middle East Studies, University of Tokyo, Tokyo, Japan, May 2016.

“When the Quran was America’s weapon for freedom in the Middle East.” Paper delivered to University Malaysia, Perlis (UniMAP), Arau, Perlis, Malaysia, December 2015.

“No Woman, No Drive: How a new generation of artists is transforming Saudi Arabia.” Paper presented to the Centre for Arab and Islamic Studies, The Australian National University, Canberra, ACT, Australia, August 2014.

Fulbright Fellowship, Malaysia, September 2010-December 2011: The fellowship funded travel in Asia and research on the influence of Islamic Modernism on Southeast Asia between 1875 and the present.

Dr. Foley has also spoken in Arabic to broadcasters in the Middle East, including an extended live interview in August 2013 on Line Sports Television, Saudi Arabia’s top sports television channel.

History 6304, The Global History of World War I