By Audrey Perry (Updated 2020)
Other articles in Issues Related to Speech, Press, Assembly, or Petition, Media, Freedom of the Press issues and topics 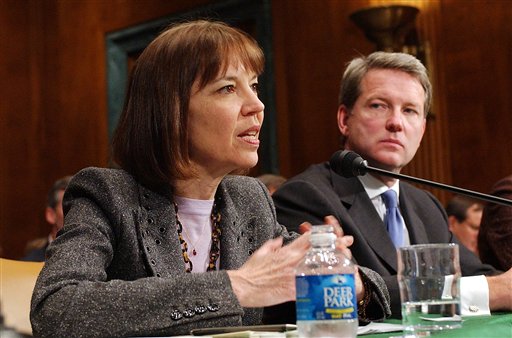 Confidential sources provide information to journalists or other writers with the agreement that their identities will not be revealed in the reporting of the details that they have provided.

Many such sources feel comfortable supplying information based on reporter’s privilege, that is, the right of reporters and journalists to refuse to disclose their sources and information in court.

Most states and federal circuits recognize such a privilege, but the rules in each jurisdiction vary in their level of protection afforded reporters. More than half the states have adopted so-called shield laws protecting this privilege. In some jurisdictions, courts have upheld the concept of confidentiality of sources as a constitutional right.

Journalists argue revealing sources has a chilling effect on getting information

Reporters are frequently subpoenaed to provide information for legal proceedings. On occasion the courts seek access to a reporter’s notes, unpublished information, or the identity of a confidential source.

Furthermore, having journalists constantly subpoenaed potentially imposes a substantial burden on news organizations because it takes away from valuable reporting and editing time. In addition, many journalists feel an obligation to protect their sources even if they are held in contempt of court and threatened with jail time.

Proponents of protecting confidential sources argue that journalists need a well-established legal privilege, similar to the attorney-client privilege or doctor-patient privilege, to protect them from being forced to reveal confidential information in court. Opponents of such a privilege argue that reporters, like everyone else, are obligated to provide relevant information about the commission of a crime.

They note that a reporter’s information could be essential to a defendant’s case and that not forcing disclosure could violate the defendant’s Sixth Amendment rights.

Supreme Court did not agree on free press protections in Branzburg

There is no federally recognized privilege that allows reporters to keep their sources confidential, but the Supreme Court has found that “news gathering is not without First Amendment protections.”

In Branzburg v. Hayes (1972), a sharply divided Court could not, however, agree on the extent and structure of this protection, holding that “newsmen are not exempt from the normal duty of appearing before a grand jury and answering questions relevant to a criminal investigation.” Because the Court has not revisited this issue since Branzburg, the right of reporters to protect their sources has been inconsistently carved out in state and federal circuit courts as well as in state legislatures.

Most federal circuit courts and many state courts have cited Branzburg in ruling that journalists have some type of “qualified” First Amendment privilege to protect their sources, meaning that under certain circumstances reporters can still be forced to reveal their sources.

More than 30 state legislatures have enacted shield laws to provide reporters some type of privilege against the compelled production of confidential information. State shield laws usually are of limited scope and structure and protect only certain journalists or types of information from being revealed.

Freelancers and bloggers are often not included in the definition of a journalist and therefore have not been granted the privilege. Many laws include broad exceptions for certain types of information, for example, when it’s applicable to criminal defense cases. In 1970 in the federal arena, the Department of Justice provided journalists an additional safeguard against being forced to disclose information in court by requiring the approval of the attorney general for department officials to subpoena reporters.

The issue of confidential sources will likely come under increased scrutiny in the future, as more people become involved in news gathering as a result of the ease of distribution via the Internet.

The high-profile subpoenas in 2005 of journalists Judith Miller, Matthew Cooper, and others in the case involving the outing of CIA employee Valerie Plame added fuel to the debate about whether Congress should pass a federal shield law, such as the proposed Free Flow of Information Act, introduced by then-U.S. Rep. Mike Pence, R-Indiana, in 2005. (Pence became vice president of the United States in 2017.)

The goal of the bill was “to maintain the free flow of information to the public by providing conditions for the federally compelled disclosure of information by certain persons connected with the news media.” The House Judiciary Committee passed a later version of the bill in 2007.  However, the measure did not pass.

This article was originally published in 2009 and updated in 2020. Audrey Perry is a First Amendment, election, and campaign finance law attorney. She has served as counsel to several presidential campaigns. Ms. Perry is of counsel at the Sacramento law firm Bell, McAndrews & Hiltachk and an adjunct professor at Brigham Young University Law School, where she teaches Election Law.