By Patrick M. Garry
Other articles in Scholars 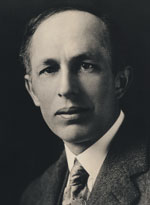 Zechariah Chafee, a Harvard Law School professor, was one of the few defenders of free speech when the government used the Espionage Act and Sedition Act to silence war critics during and after World War I. His theories on free speech were eventually incorporated by Supreme Court Justice Oliver Wendell Holmes Jr. in his dissent in Abrams v. United States (1919). Eventually, Chafee's views were incorporated into several First Amendment decisions protecting free speech.

Zechariah Chafee Jr. (1885–1957), a Harvard Law School professor, achieved prominence during World War I and its aftermath, when he argued forcefully for broader protection of free speech rights. Following the U.S. entry into World War I, these rights came under attack from several different directions.

The national anxiety generated by the war and the Bolshevik Revolution in Russia inspired the first Red Scare, which led to a crackdown on political dissidents. In general, this period saw the beginning of a concerted use of federal power to monitor and control suspected radicals to an extent unheard of since the Sedition Act of 1798. As the government used the Espionage Act of 1917 and the Sedition Act of 1918 to silence critics of its war policies, few defenders of free speech came forward. Zechariah Chafee Jr. was an exception.

In the immediate prewar period, Chafee, who earned his law degree at Harvard, began to explore the law of free speech as a Harvard Law School professor and found it almost nonexistent. The Supreme Court had never applied nor interpreted the First Amendment, nor had it considered the constitutionality of federal legislation in relation to the right of free speech. Indeed, from the ratification of the Constitution to the early twentieth century, the nation had had little experience with applying and defining free speech. This void of First Amendment precedent left free speech with undeveloped defenses in the face of strong wartime public demands for restrictions. Free speech was consequently sacrificed for the sake of a somewhat vague and undefined sense of national security.

Chafee criticized the wartime excesses of the Woodrow Wilson administration in the area of civil liberties as well as the judicial disregard of the First Amendment. He advocated a more sensitive approach toward freedom of speech and tried to steer the courts toward a more pro-civil libertarian approach when ruling on convictions brought under the espionage and sedition acts. In so doing, Chafee became the first major American scholar of the First Amendment.

Chafee argued that speech should be free, even in wartime, unless it clearly threatened to cause a dangerous interference with the conduct of the war. He strongly opposed the Supreme Court’s decisions upholding convictions of political dissenters under the Espionage and Sedition acts.

Chafee's views were later embraced by the Court

Believing free speech vital to the survival of democratic society, Chafee asserted that the social interest in the attainment of truth required a system of free expression. Thus, he warned that the government’s restrictive behavior was corrupting a primary value—freedom of speech—underlying democratic processes. Chafee was widely criticized for his views and was unable to convince the wartime courts to adopt his views.

In the first defense of the First Amendment by a Supreme Court justice, however, Justice Oliver Wendell Holmes Jr. incorporated Chafee’s free speech theory in his eloquent dissent in Abrams v. United States (1919), articulating the need for free speech. Eventually, in the early 1930s, the Supreme Court embraced Chafee’s views regarding free speech in several of its First-Amendment decisions.