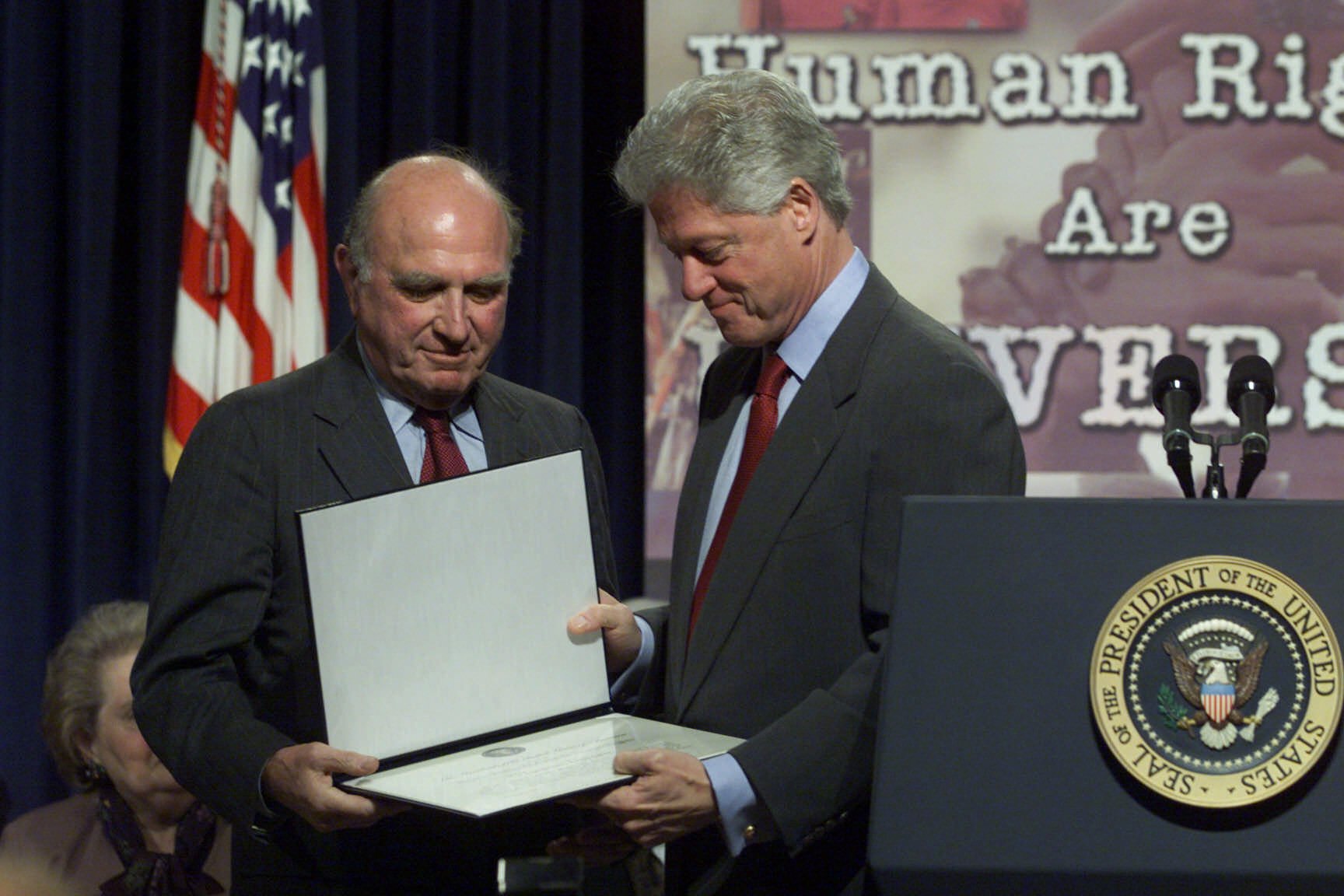 Norman Dorsen (1930–2017) was a leading academic and civil liberties lawyer. He served as the Frederick I. and Grace A. Stokes Professor of Law at New York University School of Law and also as the counselor to the university president. He made many of his contributions to First Amendment jurisprudence during his long career at the helm of the American Civil Liberties Union (ACLU).

Dorsen was born in 1930 in New York City, and he grew up there, attending public schools. He received his bachelor’s degree in 1950 from Columbia University and his law degree in 1953 from Harvard, where he served as editor of the law review.

Upon graduation, Dorsen served in the military before embarking upon his impressive legal career. He clerked for Judge Calvert MacGruder of the First Circuit Court of Appeals and then for U.S. Supreme Court justice John Marshall Harlan II. After completing his clerkship in 1958, Dorsen practiced with the New York law firm Dewey Ballantine.

Dorsen had a decades-long leadership role in the ACLU

Dorsen has argued First Amendment cases before the Supreme Court

He was the founding president of the Society of American Law Teachers and of the U.S. Association of Constitutional Law. In addition, Dorsen has authored many books dealing with First Amendment issues, including Frontiers of Civil Liberties (1968), The Rights of Americans (1971), and The Embattled Constitution (1987).

Yale law professor Judith Resnik (2001) has summed up Dorsen’s excellence as a law teacher and a Supreme Court litigator, and in many other roles: “He knew about ‘multi-tasking’ long before it became a buzz word, as he worked simultaneously in several modes, litigating, organizing, and lobbying, all with a common purpose: to make the world better for people who were not like himself ” (p. 30).