By Dennis Miles
Other articles in Scholars, Lawyers 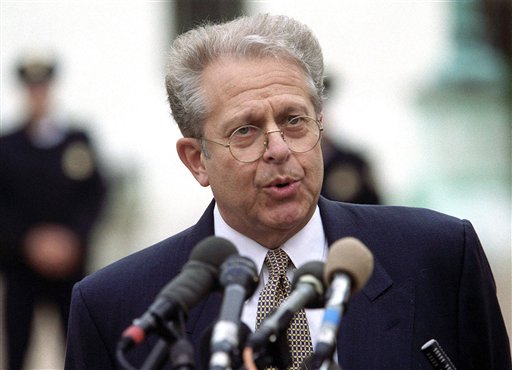 In this 2000 photo, attorney Laurence Henry Tribe addresses the press outside the Supreme Court in Washington. Tribe is a nationally renowned constitutional scholar and has argued many First Amendment cases before the U.S. Supreme Court. (AP Photo/Kamenko Pajic, used with permission from the Associated Press)

Laurence Henry Tribe (1941– ), professor at Harvard Law School, is regarded as one of the preeminent scholars in the field of constitutional law and First Amendment scholarship.

After joining the Harvard Law School faculty in 1969, Tribe was chosen by Time magazine as one of 10 exceptional professors of law in the country in 1977. He published American Constitutional Law in 1978, which proved to be greatly influential in legal circles, and went on to write God Save this Honorable Court in 1985, Abortion: The Clash of Absolutes in 1990, On Reading the Constitution in 1991, and Constitutional Choices in 2001.

He received the title “University Professor” at Harvard, a distinction awarded to only 49 professors at the university in the 20th century. The graduating class of 2000 voted him best professor, and he has received honorable degrees from numerous universities. In 1978 he helped write the constitution for the Marshall Islands, and he later helped write the constitutions of the Czech Republic and South Africa.

He began litigating in 1978 and has been lead counsel in many U.S. Supreme Court cases.

One of his most famous cases was Bush v. Gore I and II in December 2000 in which he argued for Democratic presidential candidate Albert Gore Jr.

This article was originally published in 2009. Dennis Miles is a reference and instruction librarian at Texas Wesleyan University.