By Christopher Capozzola
Other articles in Scholars 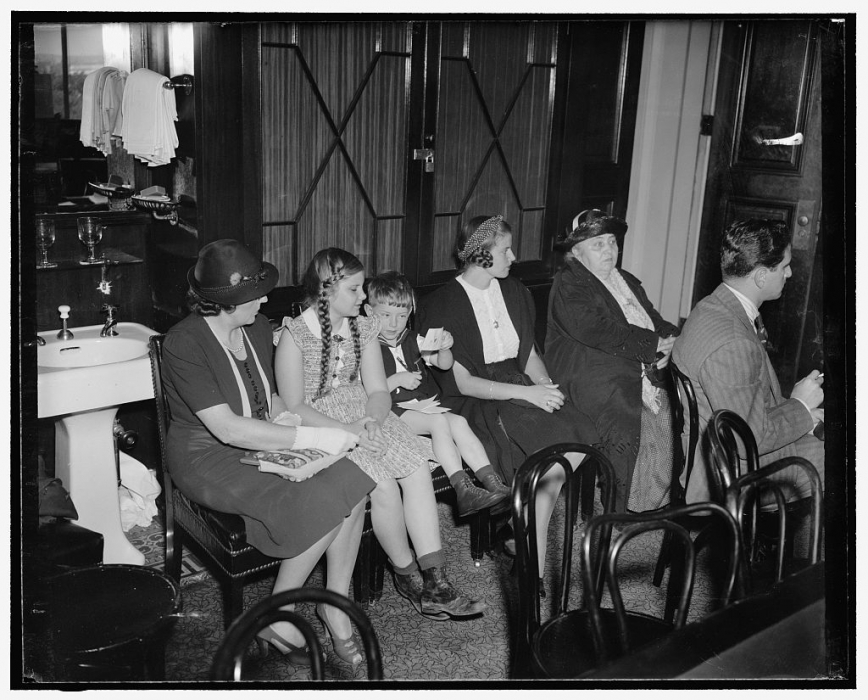 The family of Grover Cleveland Bergdoll, the World War draft dodger who fled to Germany to escape prosecution, were in the Senate Military Affairs Committee room in Washington, D.C., on May 24, 1939 as Harry Weinberger, Bergdoll attorney, denounced the House approved bill designed to prevent Bergdoll from returning to the United States. At the same time Weinberger announced that Bergdoll is aboard the liner Bremen which will arrive in New York tomorrow. Bergdoll will then be surrendered to the Commanding General of the Second Corps area at Governor's Island. (Harris & Ewing / Courtesy of Library of Congress Prints and Photographs Division, public domain)

Harry Weinberger (1886–1944) was a litigator for numerous civil liberties causes in the early twentieth century. Born into a family of Hungarian Jewish immigrants in New York, Weinberger attended public school and worked as a night stenographer to pay his way through New York University Law School, from which he graduated in 1908.

Weinberger’s activism was motivated by a radical individualism: “I believed the people were not made for the State, the State was made for the people,” he wrote in a 1942 autobiography. His opposition to state power prompted his becoming a defense attorney in New York City, actively defending free speech, birth control, and conscientious objection and opposing military conscription, compulsory vaccination, and theatrical censorship.

The unsuccessful suit on behalf of Herbert Thorpe, a Staten Island man who in 1910 challenged the New York City Board of Education’s mandatory vaccination regulations, brought Weinberger notoriety, and he began taking on cases for the Free Speech League and served as legal counsel for the Provincetown Players, an experimental theater troupe headed by Eugene O’Neill.

Weinberger’s activism peaked during World War I, when he collaborated with Southern populist leader Tom Watson to bring a challenge to the new Selective Service Act before the U.S. Supreme Court. He joined the No-Conscription League organized by radical anarchists Alexander Berkman and Emma Goldman, and he later would defend them against prosecution for “conspiracy to induce persons not to register,” arguing that their anti-conscription speech was not directly intended to prompt legal disobedience. He continued to defend Goldman and Berkman until their deportation in December 1919, and he was one of the lead attorneys in the defense of Jacob Abrams and other anarchists whose free speech claims reached the Supreme Court in Abrams v. United States (1919). Other clients included Ricardo Flores Magón, an anarchist leader of the Mexican Revolution, and Grover Cleveland Bergdoll, a famed draft dodger.

Weinberger was indicted for offensive play

Always closely connected to New York City’s theater community,Weinberger served as producer of Sholem Asch’s play God of Vengeance, which opened on Broadway in February 1923. Critics praised the play’s production, but New York officials objected to its depictions of prostitution and of a thinly veiled lesbian relationship, and Weinberger and the entire cast were indicted in March 1923 for “corruption of the morals of youth or others.” All were convicted, but Weinberger obtained a reversal of the verdict after a three-year battle, despite refusal by the American Civil Liberties Union to support his case. In 1931 he defended playwright Eugene O’Neill, who was accused of plagiarizing much of Strange Interlude (1928) from another author, Georges Lewys.

While copyright and plagiarism cases provided much of Weinberger’s income, he also authored several tracts on the First Amendment. In Liberty of the Press (1934), Weinberger used the history of the John Peter Zenger case to suggest that modern Americans had abandoned their traditional protections of free speech and press.