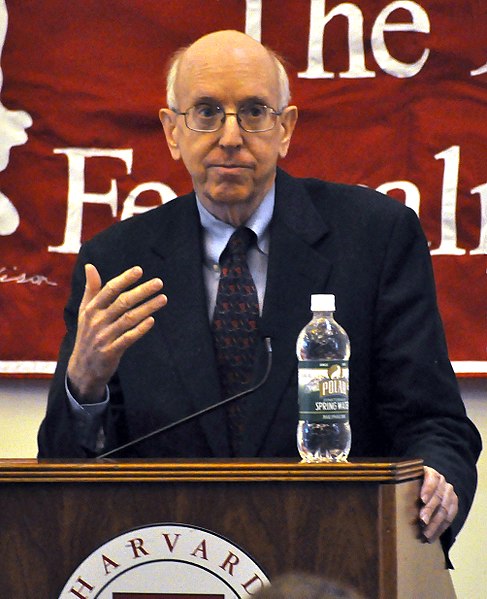 Richard Allen Posner (1939– ), one of the most influential jurists and legal theorists in the United States today, has written numerous First Amendment opinions as an appellate judge.

He is also the author of several books that discuss First Amendment issues. In The Problems of Jurisprudence (1990) and Overcoming Law (1995), Posner discusses freedom of speech, among other topics. In Not a Suicide Pact: The Constitution in a Time of National Emergency (2006), he argues that constitutional rights must be relaxed in times of crisis, such as the War on Terror. According to Posner, “law must adjust to necessity born of emergency.”

Born in New York City, Posner earned an undergraduate degree from Yale University (1959) and a law degree from Harvard (1962), where he was editor-in-chief of the law review. Upon graduation, he clerked for Supreme Court Justice William J. Brennan Jr. In the 1960s he worked for the Federal Trade Commission under Thurgood Marshall, then U.S. solicitor general, and as general counsel for the President’s Task Force on Communications.

In 1968 he began an academic career, teaching first at Stanford University and then at the University of Chicago Law School. At Chicago, where he still is a senior lecturer, Posner became a leading proponent of the law and economics theory, which applies a cost-benefit analysis to the law. In 1981 President Ronald Reagan nominated him to the Seventh U.S. Circuit Court of Appeals, based in Chicago. He served as the Seventh Circuit’s chief judge from 1993 to 2000. He retired from the bench in September 2017.

As appellate judge, Posner has written various noteworthy First Amendment opinions. In Desnick v. American Broadcasting Companies, Inc. (7th Cir. 1995), he rejected a host of tort claims filed against ABC for sending reporters disguised as patients into an eye clinic to report on a doctor who allegedly performed unnecessary cataract surgeries for profit. He struck down an Illinois city ordinance limiting minors’ access to violent videogames in American Amusement Machine Association v. Kendrick (7th Cir. 2001). He ruled, in McKevitt v. Pallasch (7th Cir. 2003), that there was no First Amendment–based privilege for reporters to withhold confidential sources under Branzburg v. Hayes (1972). He ruled that First Amendment concerns prohibited the court from hearing an age-discrimination suit filed against a church, in Tomic v. Catholic Diocese of Peoria (7th Cir. 2006).

Some of Posner’s First Amendment opinions were reviewed by the Supreme Court. In Thomas v. Chicago Park District (7th Cir. 2001), Posner rejected a First Amendment challenge to city park regulations that required individuals to obtain permits for groups of 50 or more persons. He rejected the argument that the park regulations amounted to a prior restraint, writing that “It is a censor’s business to make a judgment about the propriety of the content or message of the proposed expressive activity.” The Supreme Court unanimously affirmed Posner’s opinion in Thomas v. Chicago Park District (2002).

In Backpage.com v. Dart (7th Cir. 2015), Posner wrote an opinion explaining that the Chicago sheriff had violated the First Amendment by pressuring credit card companies to quit doing business with Backpage.com. Posner explained that while government expression is permitted by the First Amendment, government intimidation usually is not protected speech. Threatening penalties for future speech falls into the unprotected realm of prior restraint.