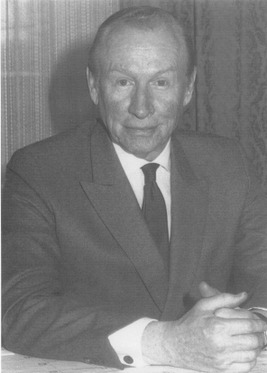 In Schemp, the Court ruled that a Pennsylvania school district’s practice of teacher-led Bible readings and prayers violated the Establishment Clause. In Lemon the Court invalidated state laws in Pennsylvania and Rhode Island that supplemented teachers’ salaries in parochial schools. It was in the latter case that the Court established the three-part Lemon test for evaluation of Establishment Clause cases.

Sawyer volunteered on behalf of ACLU

Born in Philadelphia, Sawyer obtained both his undergraduate and law degrees from the University of Pennsylvania. After serving in the Navy during World War II, Sawyer entered private practice at the law firm Drinker Biddle and Reath in 1948. The Drinker firm allowed Sawyer to take cases on a volunteer basis on behalf of the American Civil Liberties Union. In was in this capacity that Sawyer represented several individuals called before the House Un-American Activities Committee in the 1950s and later served as counsel in the Schempp and Lemon cases. Sawyer retired from Drinker Biddle in 1988.