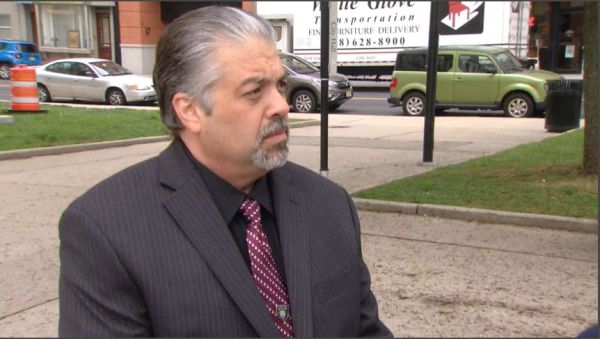 The U.S. Supreme Court decision in Heffernan v. City of Paterson, 578 US _ (2016) overturned a federal district and federal appeals court decision to rule that an employer could be sued in a First Amendment retaliation action for violating an employee’s free-speech rights even though the employer was mistaken in thinking that the employee had exercised those rights. Justice Stephen Breyer wrote a decision for six members of the Court, and Justice Clarence Thomas wrote a dissent that was joined by Justice Samuel Alito.

Heffernan demoted for picking up campaign sign for his mother; Heffernan sued

The bizarre set of facts in this case began when police officer Jeffrey Heffernan of Paterson, New Jersey, picked up a campaign sign to deliver to his sick mother for a candidate named Spagnola who was running against the current mayor Torres.  Heffernan’s supervisors subsequently demoted him for what they incorrectly thought to be his overt involvement in this campaign, and Heffernan sued for depriving him of his right to protected speech on public matters. The lower courts decided that Heffernan could not sue because he had not actually exercised such rights.

Court said Heffernan had right to sue, even if demotion was based on a mistake

Breyer’s majority opinion observed that decisions in Elrod v. Burns (1976) and Branti v. Finkel (1980) generally prevented punishment of an employee because of the employee’s political involvement. The major federal civil rights law, 42 U.S.C. Section 1983, does not directly answer the question as to whether an employee can sue in a case where retaliatory acts are based on false premises, but in a somewhat similar case, Waters v. Churchill (1994), the Court had focused on the employer’s motive.

In Breyer’s judgment, “a discharge or demotion based upon an employer’s belief that the employee has engaged in protected activity can cause the same kind, and degree, of constitutional harm whether that belief does or does not rest upon a factual mistake.” Breyer remanded the case, however, to the lower courts to see if it was possible that Heffernan’s employers may have punished him not for exercising his First Amendment rights but “pursuant to a different and neutral policy prohibiting policy officers from overt involvement in any political campaign.”

Thomas’ dissent argued that a public employee could not bring a suit for monetary damages because “federal law does not provide a cause of action to plaintiffs whose constitutional rights have not been violated.”  Prior cases establish that the law requires public employees to show that the state had attempted to interfere with their right to speak as citizens on a matter of public concern, but by Heffernan’s own explanation, he was only carrying out an errand for his mother.  Demoting him “may be callous, but it is not unconstitutional.” Although the majority may perceive that an “attempted violation of an employee’s First Amendment rights can be just as harmful” as an actual violation, Sect 1983 does not provide a remedy in such case, no matter how “misguided or wrong” the employer’s actions may have been.