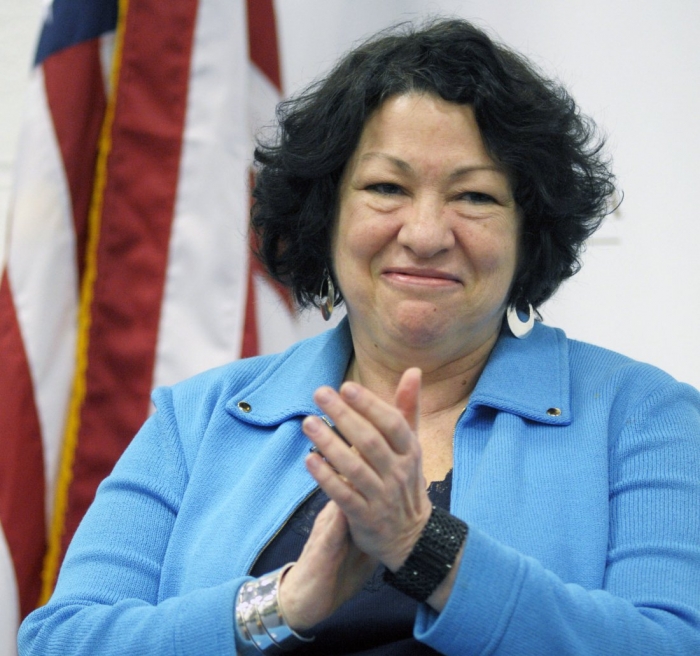 In Hobby Lobby Stores, Inc. v. Sebelius, 568 U.S. ____ (2012), Justice Sonia Sotomayor, acting in her capacity overseeing the Tenth U.S. Circuit Court of Appeals, rejected a plea for a preliminary injunction against the Secretary of Health and Human Services.  It would have forbidden application of the Patient Protection and Affordable Care Act of 2010 (ACA, and also informally known as Obamacare) to two closely held corporations, whose shareowners thought that requirements that their employee health care plans provide birth control coverage, including pills and devices that they considered to be abortifacients, violated their free exercise rights under the First Amendment and the Religious Freedom Restoration Act of 1993 (RFRA). Both a federal court and the Tenth Circuit had already denied their application for this injunction.

Injunction not viewed beneficial to Court

Sotomayor said that any authority the Court might have to issue an injunction in this case would be the result of the All Writs Act, outlined in 28 U.S.C. Sec 1651(a), a power that the Court had consistently applied sparingly and only in cases where they thought the legal rights were “indisputably clear.”  She denied that their entitlement to relief was indisputably clear in this case because “[t]his Court has not previously addressed similar RFRA or free exercise claims brought by closely held for-profit corporations and their controlling shareholders alleging that the mandatory provision of certain employee benefits substantially burdens their exercise of religion.”  She further denied that the corporations could show that an injunction would be an appropriate aid to the Court’s jurisdiction, noting that “applicants may continue their challenge to the regulations in the lower court.”

Sotomayor subsequently joined the dissenting opinion in the case of Burwell v. Hobby Lobby (2014), a case in which the majority sided with the closely held corporations in upholding their right not to supply the coverage at issue.