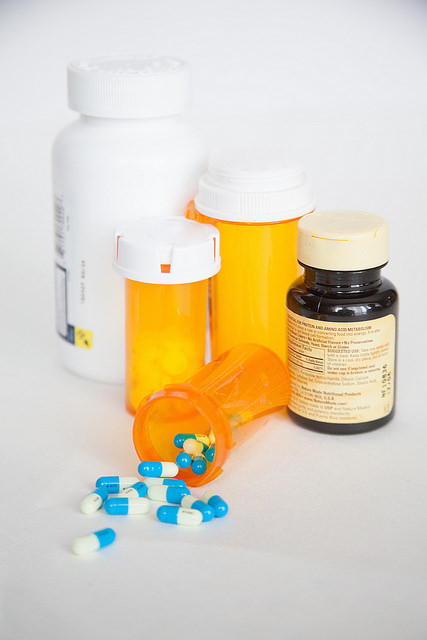 A Vermont law prevented pharmacies from selling data that would show the prescription patterns of doctors. In Sorrell v. IMS (2011), the Supreme Court ruled that the law was an impermissible infringement on First Amendment rights. Justice Anthony Kennedy wrote that "the creation and dissemination of information are speech within the meaning of the First Amendment." (Photo illustration by Wellness Corporate Solutions, CC BY-SA 2.0)

The law restricted the disclosure, sale and use of pharmacy records that revealed the prescribing practices of individual doctors.

Vermont had adopted the law to safeguard medical privacy and to make it more difficult for marketers to utilize “detailing,” which involves meetings by pharmaceutical representatives where they try to market new drugs based on physicians’ current prescribing information. Vermont had permitted use of similar information for medical research and for the state’s own “evidence-based prescription drug education program.”

Media organizations, including The Reporters Committee for Freedom of the Press, filed a friend-of-the-court brief in support of IMS Health, emphasizing the role that data gathering, analysis and publication plays in journalism today.

Justice Kennedy found that “[o]n its face, Vermont’s law enacts content and speaker-based restrictions on the sale, disclosure, and use of prescriber-identifying information.”  In so doing, it disfavored marketing over other data uses.

It further “has the effect of preventing detailers — and only detailers — from communicating with physicians in an effective and informative way.”  Such laws require heightened judicial scrutiny, even in cases involving commercial speech.

“While the burdened speech results from an economic motive, so too does a great deal of vital expression.” He further sought to distinguish this case from the facts in Los Angeles Police Dept. v. United Reporting Publishing Co. (1999). That case, which had upheld restrictions on access to information, did not, like this, involve limiting access to information in private hands. Moreover, this case involved a challenge by individuals who claim that the law violates their own speech.

Kennedy further rejected the idea that the law was attempting to limit only conduct rather than speech. He noted that “the creation and dissemination of information are speech within the meaning of the First Amendment.”

Even in cases involving commercial speech, states must still show that its laws advance “a substantial governmental interest” and that the law “is drawn to achieve this interest.”

In this case, Vermont claimed to be protecting medical privacy as well as improved public health and reduced healthcare costs. Kennedy rejected the first claim on the basis that the state allowed use of this information for other purposes. Although the law tried to improve health and reduce costs, it “does not advance them in a permissible way.”

Quoting from 44 Liquormart, Inc. v. Rhode Island (1996), Kennedy wrote that the Court should be particularly wary of attempts “to keep people in the dark for what the government perceives to be their own good.” The state appears to be trying to prevent “detailing” precisely because it has proven to be so persuasive and effective.

Breyer wrote that prohibition on selling information was a lawful regulation

Breyer believed that the law represented “a lawful governmental effort to regulate a commercial enterprise.”  He likened the law to the regulation involving fruit growers in Glickman v. Wileman Brothers & Elliott, Inc. (1997). Although Breyer believed the government needs to be tightly constrained when it dealt with “core” political speech, he thought that the First Amendment offered far less protection to the marketplace for goods and services.

Quoting from Central Hudson Gas & Electric Corp. v. Public Service Commission (1980), Breyer thought the Court should accordingly apply intermediate scrutiny from the Central Hudson test, which allowed for restriction of commercial speech when the law advanced “a ‘substantial’ government interest that could not ‘be served as well by a more limited restriction.” To do otherwise is to involve the court in the type of economic regulation that it typically eschewed.

Breyer thought that Vermont’s law was part of a comprehensive regulatory regime, and observed that “until today, this Court has never found that the First Amendment prohibits the government from restricting the use of information gathered pursuant to a regulatory mandate — whether the information rests in government files or has remained in the hands of the private firms that gathered it.”  He also said that the Court had never engaged in heightened scrutiny in comparable cases, even when they involved “content-based” or “speaker-based” speech.

On the merits, Breyer believed that the Vermont law would pass intermediate scrutiny since it “threatens only modest harm to commercial speech” and creates narrow exceptions for appropriate use of the information. He further thought the State’s interests in protecting public health was substantial, and that Vermont had established a substantial legislative record to show that this law would do so. He also accepted the state’s interest in preserving physician privacy.