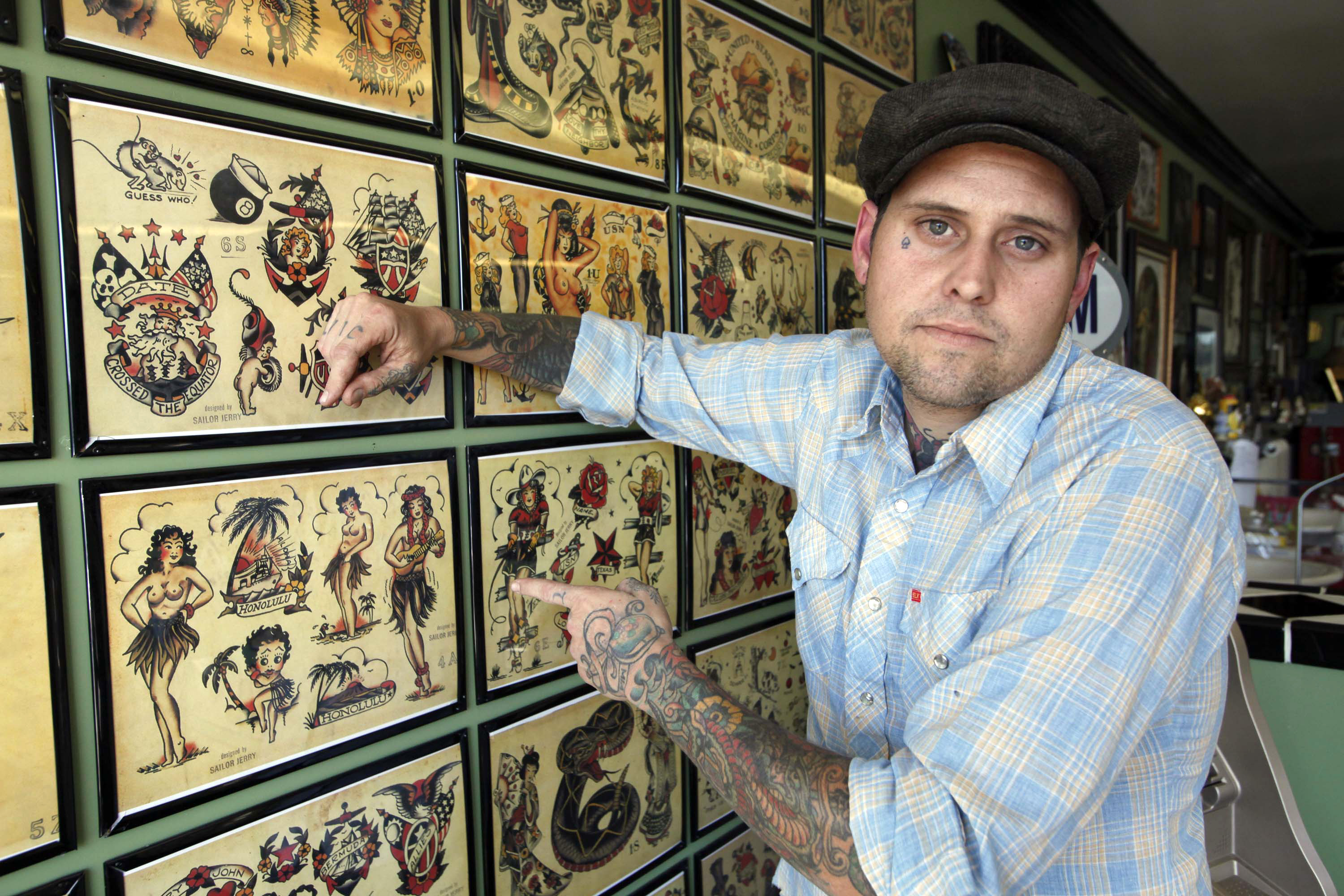 Lawsuit plaintiff Johnny Anderson poses in front of a tattoo display at his Yer Cheat'n Heart Tattoo parlor in California in 2010 A federal appeals court ruled in 2010 that tattoos are artistic expressions entitled to full First Amendmen protections in striking down a city's tattoo studio ban. (AP Photo/Nick Ut, used with permission from The Associated Press.)

In this decision, a three-judge panel of the 9th U.S. Circuit Court of Appeals struck down a California city’s ban on tattoo parlors.

The appeals court ruled that tattooing was a form of free speech and that the city’s ban was not a reasonable time, place, and manner restriction on speech.

A federal district court ruled in favor of the city, reasoning that the act of tattooing was not speech within the meaning of the First Amendment. However, on appeal, the 9th Circuit reversed and ruled in favor of Anderson.

City argued they could regulate tatooing as 'expressive conduct'

The city argued that the process and business of tattooing were not purely expressive activity but were expressive conduct that could be regulated by city officials.

Under First Amendment jurisprudence, expressive conduct is often evaluated under the Spence test from the U.S. Supreme Court’s decision in Spence v. Washington (1974). Under this test, a court first asks whether there is an intent to convey a particularized message. If so, then the court determines whether such a particularized message would be reasonably understood.

Court said tatooing was protected by the First Amendment

However, the 9th Circuit disagreed and found that tattoos were closer to pure speech than expressive conduct.

He reasoned that tattooing should be treated the same as writing and painting. With those forms of expression, courts don’t separate the process and business from the end product.

Having determined that tattooing is speech, the 9th Circuit then addressed whether the city’s ban on parlors was constitutional.

The appeals court emphasized that total bans on speech are disfavored, citing the U.S. Supreme Court’s invalidation of a total ban on yard signs in City of Ladue v. Gilleo (1994). “As in City of Ladue, the City of Hermosa Beach has ‘completely foreclosed a venerable means of communication that is both unique and important,’” the 9th Circuit wrote.

Judge Noonan authored a concurring opinion, writing that “ tattooing may be purely expressive, not that it always is.”  He also emphasized that tattooing triggers more health concerns than printing.

Other courts have relied on the 9th Circuit’s decision in Anderson to invalidate similar restrictions on tattoo parlors, including the 11th Circuit in Buehrle v. City of Key West (2016) and the Arizona Supreme Court in Coleman v. City of Mesa (2012).