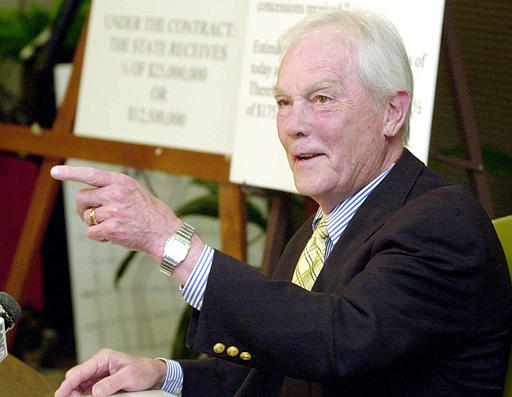 The Pickering Connick test takes its name from two public employee free speech decisions by the U.S. Supreme Court. One of the decisions involved Harry Connick Sr., who served as district attorney in New Orleans for three decades. The case arose when Connick fired an employee for questioning the office's policies. (Connick is the father of famous pianist-singer-actor Harry Connick Jr.) The test asks if the employee spoke on matters of public concern, and if the free speech rights of the government employee outweighs the interest in a disruptive-free workplace.  (In this photo, Orleans Parish District Attorney Harry Connick answers questions during a news conference in New Orleans Friday, May 25, 2001.)

The Pickering Connick test refers to a longstanding test in First Amendment law used by courts to determine whether a public employer violated an employee’s free-expression rights.

The test takes its name from two public-employee free-speech decisions from the U.S. Supreme Court:  Pickering v. Board of Education (1968) and Connick v. Myers (1983).

Did the public employee speak on matters of public concern?

The test has two parts. The threshold part asks whether a public employee spoke on a matter of public concern defined as a matter of larger societal significance or importance.  If a public employee was disciplined for expression that is characterized as more of a private grievance, then the employer prevails.

If, however, a public employee spoke on a matter of public concern, then the court proceeds to the second part of the test often called the balancing prong.  Under this prong, the court must balance the employee’s right to free speech against the employer’s interests in an efficient, disruptive-free workplace.

As mentioned, the Supreme Court developed this test in Pickering, a case involving a public high school science teacher named Marvin Pickering, who was terminated after writing a letter to the editor of his local newspaper that was highly critical of school district officials but not people he worked with on a day-to-day-basis.   The Supreme Court reasoned that Pickering spoke on a matter of public concern – whether the school district spent too much money on athletics as opposed to academics.

The Court then held that Pickering’s rights to free speech outweighed the school board’s interests in a disruptive free workplace, largely because Pickering did not criticize people that he worked with daily, such as fellow teachers or his principal.

The Court applied the Pickering-Connick test, finding that most of the questions on her questionnaire were closer to a private grievance than matters of public concern.  However, the Court found that one question – whether employees felt pressured to support political candidates backed by the district attorney – touched on a matter of public concern.  The Court then balanced Myers’ free-speech rights against the district attorney’s interests in an efficient disruptive-free workplace.  The Court, by a 5-4 vote, struck the balance in favor of D.A. Connick, crediting testimony from another district attorney that Myer’s questionnaire caused a “mini-insurrection” in the office.

For several decades, the Pickering-Connick test served as the guidepost for public employee First Amendment free-speech claims.  Then, in Garcetti v. Ceballos (2006), the Court introduced a new threshold inquiry by holding that when public employees make statements pursuant to their official job duties they have no First Amendment protections.