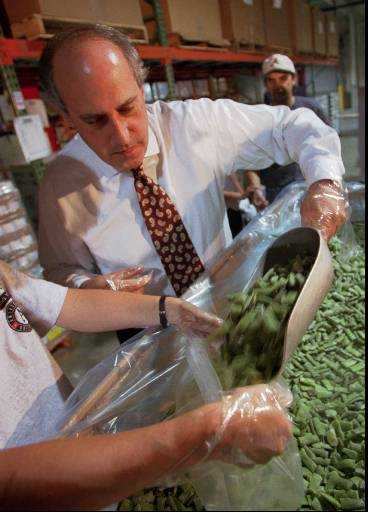 The Supreme Court decision in Glickman v. Wileman Brothers and Elliott, Inc., 521 U.S. 457 (1997), held that payment required by the secretary of agriculture from California tree fruit producers and handlers for the cost of the generic advertising of nectarines, plums, and peaches did not abridge their First Amendment freedom of speech.

Court said rule was a question of economic policy

In the opinion for the Court, Justice John Paul Stevens observed that the provisions for generic advertising were part of the Agricultural Marketing Agreement Act of 1937, which had provided a comprehensive approach to maintaining “orderly marketing conditions and fair prices for agricultural commodities.”

The Ninth Circuit Court of Appeals, which originally struck down the rule, had relied chiefly on statements in Abood v. Detroit Board of Education (1977) relative to compelled speech and had applied the tests for the regulation of commercial speech established in Central Hudson Gas and Electric Corp. v. Public Service Commission (1980).

The latter required that the government show that it had a substantial interest in such regulation, that regulations used the most effective means, and that regulations were narrowly tailored to their objectives. Stevens did not believe that these tests applied because the regulations at issue were largely “a question of economic policy for Congress and the Executive to resolve.”

Stevens asserted that the regulations in this instance neither imposed a “restraint on the freedom of any producer to communicate any message to any audience” nor compelled anyone “to engage in any actual or symbolic speech” nor compelled “the producers to endorse or to finance any political or ideological views.” He observed that even producers who would prefer to advertise their own brands did not disagree with the advertisers’ message about the value of California fruits. Stevens did not think the First Amendment had ever “been construed to require heightened scrutiny of any financial burden that has the incidental effect of constraining the size of a firm’s advertising budget.”

He further denied that precedents on compelled speech required a different result, since the law did not require respondents to speak but merely required them to “make contributions for advertising.”

Souter thought that the Court should apply the Central Hudson test and that the advertising scheme should therefore be voided. Souter concluded that “laws requiring an individual to engage in or pay for expressive activities are reviewed under the same standard that applies to laws prohibiting one from engaging in or paying for such activities.” He could further find little rhyme or reason in the advertising scheme as it applied to California fruits.

In a separate dissent, Thomas continued to express his disagreement with “the Central Hudson balancing test and the discounted weight given to commercial speech generally.” Because he did not think the advertising at issue could pass even what he considered to be the watered down Central Hudson test, he was confident that it could not meet higher First Amendment standards.

Putting this case in the context of others with which he disagreed, he wrote that the court was faced with the situation that either “(1) paying for advertising is not speech at all, while such activities as draft card burning, flag burning, armband wearing, public sleeping, and nude dancing are, or (2) compelling payment for third party communication does not implicate speech, and thus the Government would be free to force payments for a whole variety of expressive conduct that it could not restrict.” He observed, “In either case, surely we have lost our way.”