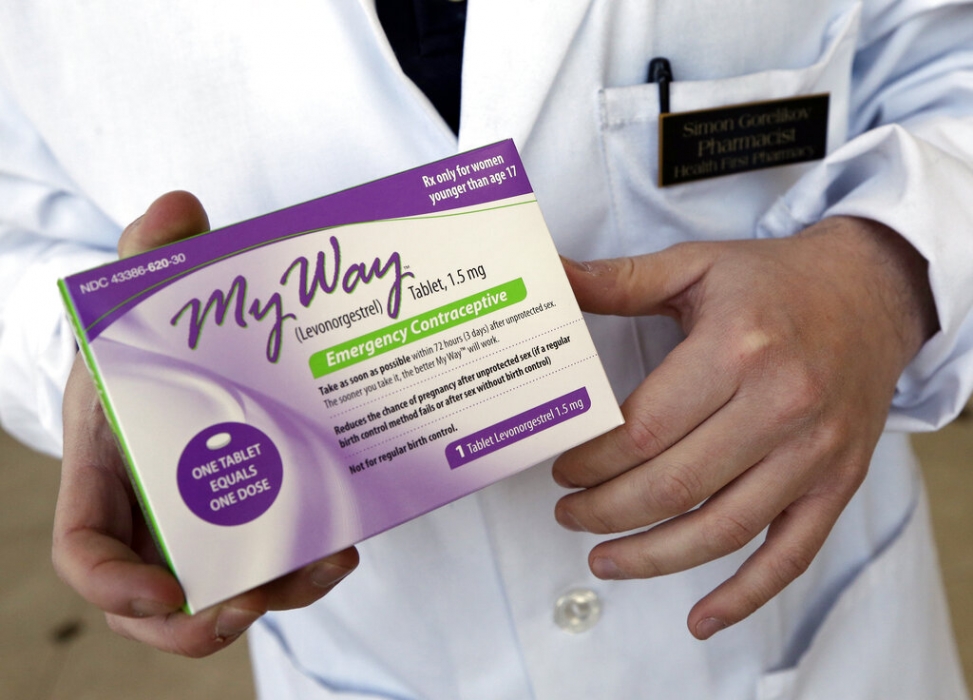 A case challenging a pharmacist's right to refuse to fill a prescription for a morning-after pill has gone to trial in Minnesota. In 2015, the 9th U.S. Circuit Court of Appeals upheld a Washington law that required a pharmacy to dispense FDA-approved drugs upon a prescription, including contraceptive pills to stop a pregnancy. The pharmacist had objected on religious grounds, but the Supreme Court refused to take up the case. (In this May 2, 2013, a pharmacist holds a generic emergency contraceptive at the Health First Pharmacy in Boston, AP Photo/Elise Amendola, File)

On Aug. 1, 2022, a civil lawsuit against a Minnesota pharmacist went to trial over allegations that refusing to dispense a morning-after pill to a woman who had a prescription violated her civil rights.

Pharmacist George Badeaux of the Thrifty White pharmacy in McGregor, Minnesota, believed the pill to be an abortifacient because it could prevent the implantation of a fertilized egg in the uterus, though it does not stop an existing pregnancy. He was accused in the lawsuit of discriminating on the basis of sex. The woman had to make a 100-mile round trip to another town to obtain the pill.

The judge has precluded Badeaux from raising constitutional issues because his trial centers on whether he misled or blocked the mother’s access to other nearby providers. But the judge allowed Badeaux to explain his religious beliefs to the jury. The jury ruled that Badeaux did not violate the woman's civil rights under state law but inflicted emotional harm and said she should be entitled to $25,000 in damages.

For religious reasons, some pharmacists refuse to dispense morning-after pill

The issue of a pharmacist’s rights to refuse to fill a prescription for emergency contraception — mostly known as the morning-after pill — because of religious objections has arisen before.

In 2015, the 9th U.S. Circuit Court of Appeals upheld a Washington regulation that required timely delivery of all FDA-approved prescription medications by licensed pharmacies, including those that prevented an embryo’s implantation. It allowed a religiously objecting individual pharmacist to deny delivery, so long as another pharmacist working for the pharmacy provided timely delivery.

After the 9th Circuit ruling, the pharmacy owners appealed to the U.S. Supreme Court, which refused in 2016 to hear the case (Stormans, Inc. v. Wiesman). Justice Samuel Alito Jr. filed a vigorous dissent. He thought the 9th Circuit’s decision represented an erosion of First and Fourteenth Amendment religious freedoms.

Court: Businesses don't have to provide contraceptives in health plans

Prior to this decision, in Burwell v. Hobby Lobby Stores, Inc., 573 U.S. ____ (2014), the Supreme Court ruled that a family-owned business with religious objections did not, under the Religious Freedom Restoration Act of 1993 (RFRA), have to provide contraceptives in its employee health plan.

Moreover, in Masterpiece Cakeshop v. Colorado Civil Rights Commission, 585 U.S. ____ (2018), the Supreme Court ruled that a cake maker did not violate anti-discrimination laws when he refused to design a custom cake for a same-sex wedding, to which he objected on religious grounds.

As of Dec. 1, 2021, the states of Arizona, Arkansas, Georgia, Idaho, Mississippi, and Idaho specifically allowed pharmacists to refuse to dispense certain contraceptives, and other states had more general protections for pharmacists (“Six States . . .,” 2021). In the wake of the Dobbs decision, some states might decide to outlaw certain contraceptives, which could present pharmacists who want to prescribe them with their own dilemma. Given these circumstances, the rights of pharmacists are likely to vary from state to state in the near future.

This article was published Aug. 3, 2022. John Vile is professor of political science and dean of the Honors College at Middle Tennessee State University. He is co-editor of the Encyclopedia of the First Amendment.