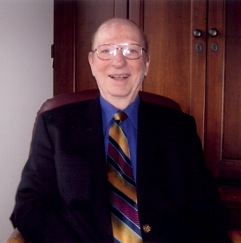 Daniel A. Seeger, shown in this photo as part of an interview published Nov. 11, 2013 by Quaker Universalist Voice, had been convicted for refusing to be inducted in the armed forces during the Vietnam War. He had claimed conscientious objector status in 1957, but was denied because he could not confirm he believed in a single Supreme Being. The Supreme Court overturned the conviction in United States v. Seeger, marking a significant step in the concept of religion under the First Amendment.

The Supreme Court decision in United States v. Seeger, 380 U.S. 163 (1965), represented a significant step in the expansion of the concept of religion under the First Amendment.

Is belief in Supreme Being required for conscientious objector status?

Seeger arose during the Vietnam War when an applicant for conscientious objector status, Daniel Andrew Seeger, brought a claim that the First Amendment’s establishment and free exercise clauses had been violated by a draft board’s refusal to grant his application. The Universal Military Training and Service Act exempted those from service who by virtue of their “religious training and belief” were opposed to war.

The selective service application completed by Seeger contained the statement “I am, by reason of my religious training and belief, conscientiously opposed to participation in war in any form.” Seeger placed quotation marks around “religious” and crossed out “training and.” When questioned, Seeger could not confirm that he believed in a Supreme Being but stated that he thought killing in war was morally wrong. Seeger’s draft board denied his application because his objection was not based on a belief in a Supreme Being. He was eventually convicted for not refusing to be inducted into the armed forces.

The Court cited the expansive understanding of religion in the writings of theologians, noting in particular the work of Paul Tillich, who wrote that religion should be thought to encompass all “ultimate concerns” of people, whether or not expressed in traditionally religious language, such as through belief in God.

The Court rejected a distinction between beliefs derived externally (that is, from a religious tradition) and internally (that is, from purely personal beliefs). In Seeger the Court moved definitively away from requiring theistic belief — that is, belief in a Supreme Being — as a necessary condition for a belief to be religious under the First Amendment.

The Court advanced the Seeger holding further in Welsh v. United States (1970), a case that also involved an application for conscientious objector status. In Welsh the Court made explicit its rejection of a distinction between personal belief and affiliation with, or practice of, a recognized religious tradition.