By Stephen Wermiel
Related cases in Press Access, Inside courtrooms 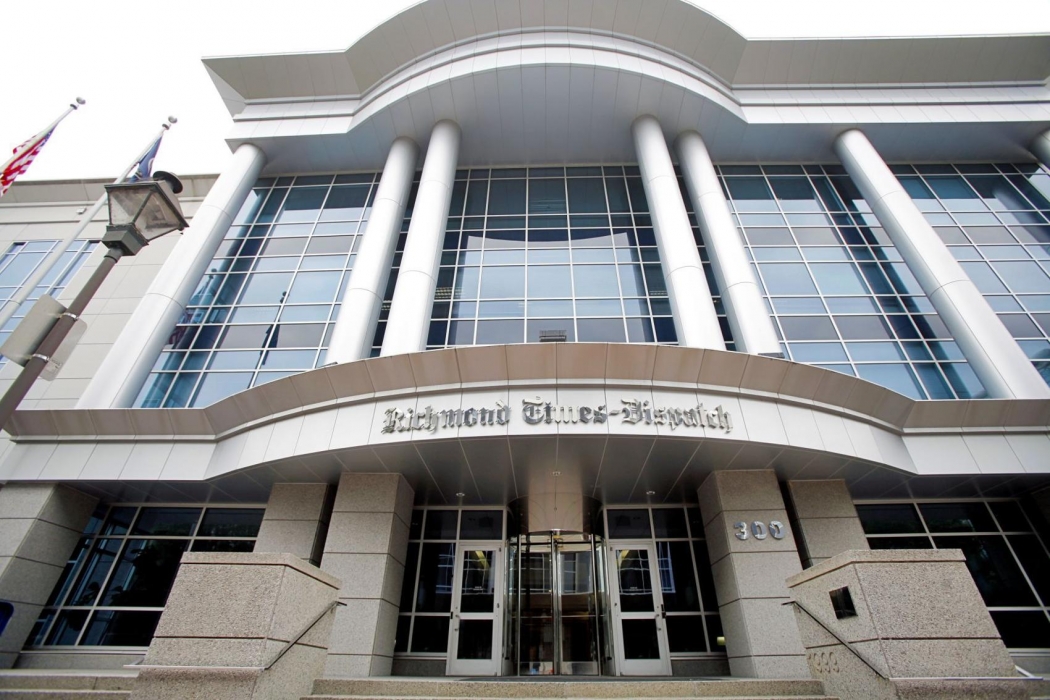 When a Virginia judge cleared a courtroom in a murder trial in 1978, reporters with the Richmond Times-Dispatch opposed the move in a case that eventually went to the Supreme Court. The Supreme Court in Richmond Newspapers, Inc. v. Virginia (1980) ruled that criminal cases -- absent an overriding interest -- must be open to the public. Richmond Newspapers was the first decision in which the Supreme Court deemed that the public had some First Amendment right to access government information. (Photo of Richmond Times-Dispatch building)

After a series of mistrials, a criminal defendant on trial for murder in Virginia had requested, and the prosecution had not opposed, closing the courtroom doors to the public. But the closure was opposed by reporters, who argued that the public had a First Amendment right to attend criminal trials.

A majority of the Supreme Court agreed that the public was so entitled and that the entitlement, though not absolute, should prevail in this case. This conclusion was reached in a plurality opinion by Chief Justice Warren E. Burger, joined by Justices Byron R. White and John Paul Stevens; a concurring opinion by Justice William J. Brennan Jr., joined by Justice Thurgood Marshall; and concurring opinions by Justices White, Stevens, Potter Stewart, and Harry A. Blackmun. Justice William H. Rehnquist dissented.

Chief Justice Burger’s plurality opinion concluded that “[a]bsent an overriding interest articulated in findings, the trial of a criminal case must be open to the public.” This conclusion rested mainly on two notions.

First, government secrecy has some First Amendment implications, because secrecy, like direct speech restrictions, “limit[s] the stock of information from which members of the public may draw.”

Second, the activities to which First Amendment access rights attach can be determined partly through historical analysis. The opinion noted that U.S. criminal trial proceedings had an “unbroken, uncontradicted history” of public access.

Justice Brennan’s concurrence outlined a two-part test to determine which government activities presumptively should be open to the public.

First, courts should look to history, considering whether there exists “an enduring and vital tradition of public entree to particular proceedings or information.”

Richmond Newspapers was the first decision in which the Supreme Court deemed that the public had some First Amendment right to access government information. Earlier, the Court had rejected First Amendment claims by members of the press of access to prisons. However, the reach of Richmond Newspapers as precedent, and its relationship to the earlier press access cases, remains uncertain.

This article was originally published in 2009. Stephen Wermiel is a professor of practice at American University Washington College of Law, where he teaches constitutional law, First Amendment and a seminar on the workings of the Supreme Court. He writes a periodic column on SCOTUSblog aimed at explaining the Supreme Court to law students. He is co-author of Justice Brennan: Liberal Champion (Houghton Mifflin Harcourt, 2010) and The Progeny: Justice William J. Brennan's Fight to Preserve the Legacy of New York Times v. Sullivan (ABA Publishing, 2014).