By Michael P. Fix
Related cases in Obscenity and Pornography 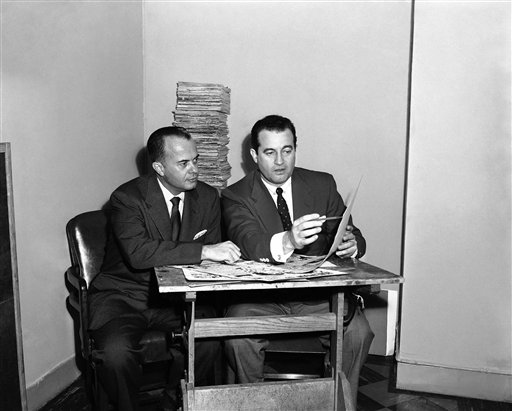 The Court’s decision favored a group of book publishers who were suing a state commission created to take preventative action to stop juvenile delinquency. Part of the commission’s responsibility was “to educate the public concerning any book . . . or other thing containing obscene, indecent or impure language” that could corrupt youth.

The commission carried out this responsibility by threatening the distributors of material deemed to be “objectionable” with prosecution in an attempt to suppress obscene material. In its fact-finding capacity, the trial court found the commission’s attempted suppression to have been successful.

The state also argued that the actions of the commission were not actions of the state, and as such did not fall within the scope of the 14th Amendment. The trial court agreed with the book publishers and granted the injunction against the commission, holding its actions unconstitutional. The Rhode Island Supreme Court, however, reversed the decision of the trial court.

The U.S. Supreme Court voted 8-1 to reverse the decision of the Rhode Island Supreme Court, but only six justices signed onto the majority opinion written by Justice William J. Brennan Jr. (Justices Hugo L. Black and Tom C. Clark concurred in the result, Black without a separate opinion).

In the majority opinion, Justice Brennan addressed the arguments made by Rhode Island, writing that through its use of threats of prosecution, the commission engaged in actions that amounted to informal censorship. Furthermore, these actions constituted acts of the state under the Fourteenth Amendment because the commission operated “under color of state law.”

Brennan then addressed the arguments made by the book publishers and found them to have merit. He wrote that although the Court’s decision in Roth v. United States (1957) held that obscenity was not protected by the First Amendment, state regulations must contain certain procedural safeguards. These safeguards require “that regulation by the States of obscenity conforms to procedures that will ensure against the curtailment of constitutionally protected expression.”

Without these procedural safeguards, there is essentially a system of prior restraint, which, Justice Brennan noted, could only operate with judicial oversight, as in Kingsley Books, Inc. v. Brown (1957).

In dissent, Justice John Marshall Harlan II argued that none of the reasons put forth by the majority justified ruling against what was in his view “an attempt to cope with a most baffling social problem” rather than an attempt to suppress the freedom of expression.

This article was originally published in 2009. Michael P. Fix is an associate professor in the Department of Political Science at Georgia State University. Dr. Fix’s research examines various issue in law and courts and includes multiple articles on obscenity law. His recent book is titled U.S. Supreme Court Doctrine in the State High Courts (Cambridge University Press).
Send Feedback on this article