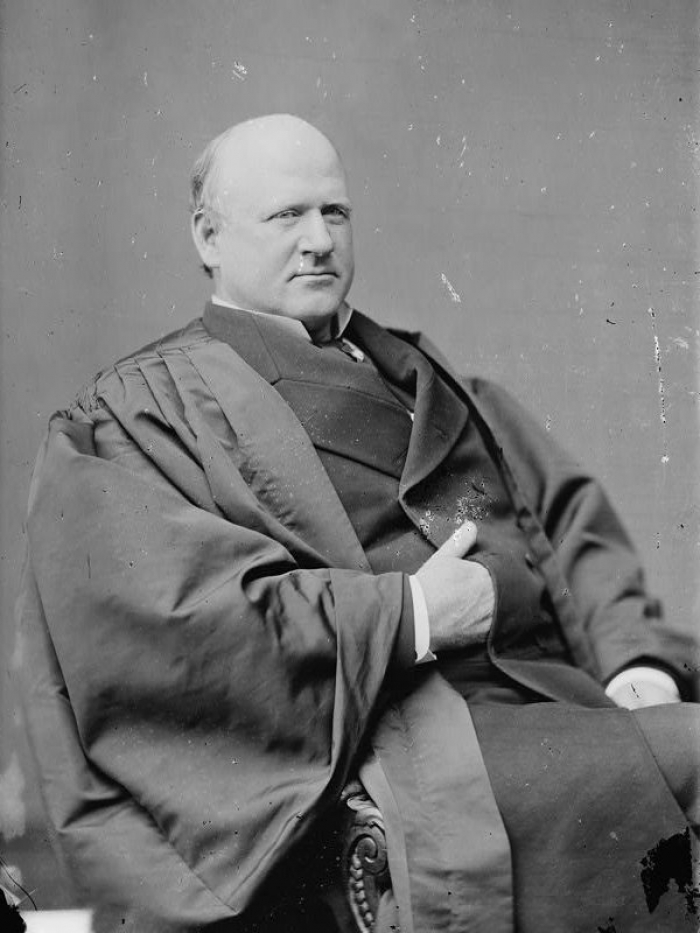 Although the Justice John Marshall Harlan I's decision in Rosen v. United States (1896) makes no direct mention of the First Amendment, it is illustrative of how the Supreme Court handled obscenity prosecutions in the 19th century and is important in referencing key state decisions on the subject. (Image of Harlan via Library of Congress, public domain)

Although the decision in Rosen v. United States, 161 U.S. 29 (1896), makes no direct mention of the First Amendment, it is illustrative of how the Supreme Court handled obscenity prosecutions in the 19th century and is important in referencing key state decisions on the subject.

Rosen had been indicted and convicted for depositing in the mail an obscene newspaper titled Tenderloin, Number, Broadway. He responded with five defenses, each of which Justice John Marshall Harlan I addressed in his majority opinion for the Supreme Court.

Concerning Rosen’s argument that the indictment did not describe “with reasonable particularity those parts of the paper relied on to support the charge in the indictment,” Harlan cited a number of cases to show that the Court did not have to introduce the actual contents of obscene materials into the public record, where they might be further disseminated.

Harlan further stated that the court had properly refused to instruct the jury that Rosen had to regard the publication as obscene before he could be convicted. He observed, “The evils that Congress sought to remedy would continue and increase in volume if the belief of the accused as to what was obscene, lewd, and lascivious was recognized as the test for determining whether the statute had been violated.”

Harlan went on to reject an entrapment defense and an argument that the court had erred by identifying the publication as obscene rather than allowing the jury to determine the question. Harlan said that the Court had correctly defined obscenity by referring to the reigning Hicklin test, from the English decision Regina v. Hicklin (1868).

Justice Edward D. White wrote a dissent, joined by Justice George Shiras Jr., in which he agreed that American precedents, which he distinguished from England’s, did not require the Court “to spread the obscene matter in all its filthiness upon the record; it is enough to so far describe it that its obnoxious character may be discerned.” Because the crime was infamous, however, he believed that the indictment needed to specify precisely what parts of the publication were considered to be obscene, but that the indictment at issue had failed in this regard.