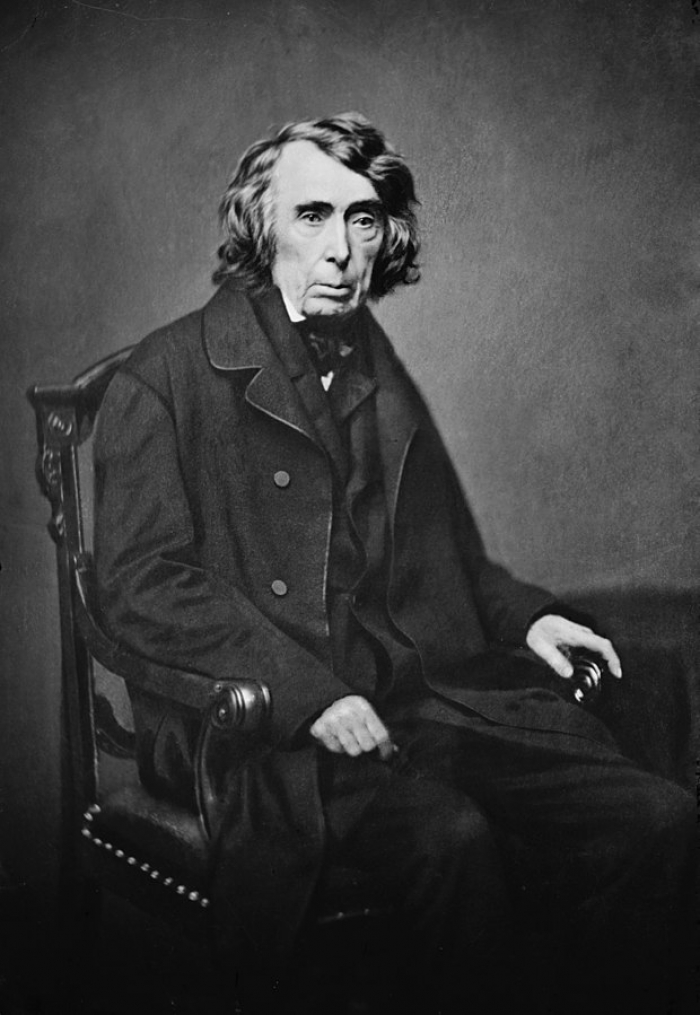 Roger B. Taney, who later went on to become chief justice of the United States Supreme Court, defended Methodist minister Jacob Gruber who had been arrested for his criticism of slavery. Taney's defense included an appeal to the First Amendment freedom of speech and argued Gruber could only be convicted if it was proven he possessed criminal intent. (Photo of Roger Taney, public domain via Library of Congress)

The State v. Gruber (Md., Cty. Ct., 1819) case, heard in the County Court of Frederick County, Maryland, stands as an early and rare example of the protection of antislavery speech in a slaveholding state.

The decision guaranteed the defendant his First Amendment rights to freedom of speech and conscience.

In August 1818 in Washington County, Maryland, Gruber preached a sermon at a camp meeting organized by the Methodist Episcopal Church. During the sermon, heard by about 3,000 to 5,000 white people and perhaps as many as 400 slaves, Gruber criticized slavery as a “national sin” and contrary to the founding principles of the United States.

“Is it not a reproach to a man,” Gruber asked his audience,“to hold articles of liberty and independence in one hand and a bloody whip in the other?” (Martin, xvii).

Angered by such words, a group of prominent local slaveholders who heard the sermon sought a warrant for his arrest. About two months later, authorities arrested Gruber in a nearby town, and a criminal indictment charged him with attempting to stir up “acts of mutiny and rebellion.”

Because of strong local opposition to Gruber’s preaching, his lawyers petitioned for a change of venue, and the trial was moved to Frederick County.

The case involved two giants of the early nineteenth-century Maryland bar: Luther Martin, a delegate to the Constitutional Convention of 1787 and the state’s attorney general for thirty years, and Roger B. Taney of Frederick County, who went on to become chief justice of the United States.

Taney delivered an impassioned defense of Gruber, which included an appeal to freedom of speech. Praising the tradition of liberty of conscience in Maryland, Taney argued that the prosecution could only convict Gruber if it could prove that he possessed criminal intent. Gruber’s words alone, Taney contended, would not provide evidence of his intention. Rather, the jury would need to examine the nature of the event, the audience, the church to which Gruber belonged, and Gruber’s overall character.

Because it was well known that many Methodists sought the peaceful abolition of slavery and because slaveholders could have prevented their slaves from attending the meeting, Taney claimed that the prosecution lacked a case against Gruber. Lacking evidence of criminal intent, Gruber’s freedom of conscience and freedom of speech needed to be protected.

In addition, Taney reiterated Gruber’s criticisms of slavery, describing the institution as a “blot on our national character” (Martin, 43). (Ironically, as chief justice many years later, Taney delivered the Supreme Court’s infamous decision in Dred Scott v. Sandford [1857], which denied any rights to African Americans, free or enslaved.) After listening to Taney’s impassioned defense of his client, the jury speedily acquitted Gruber.

At the time of Gruber’s trial, it was still possible for anti-slavery activists to enjoy the benefits of free speech. Within a decade and a half, as southern states enacted legislation against abolitionist literature and speech, it would become increasingly difficult for such freedom to be exercised.

This article was originally published in 2009. Timothy S. Huebner is Associate Provost and Sternberg Professor of History at Rhodes College in Memphis. He is the author of three books, including Liberty and Union: The Civil War Era and American Constitutionalism, and co-editor (with Kermit L. Hall) of Major Problems in American Constitutional History, second edition. Prof. Huebner also serves as the Associate Editor of the Journal of Supreme Court History.