By Artemus Ward
Related cases in Parochial Schools, Incorporation / Application of the Bill of Rights to the States, Establishment Clause 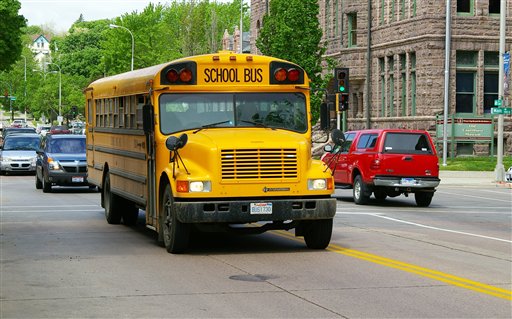 Everson v. Board of Education (1947) upheld a New Jersey statute allocating taxpayer funds to bus children to religious schools — because it did not breach the “wall of separation” between church and state — and held that the establishment clause of the First Amendment applied to state and local governments as well as to the federal government. (AP Photo/Dirk Lammers, used with permission from the Associated Press)

In Everson v. Board of Education, 330 U.S. 1 (1947), the Supreme Court ruled as constitutional a New Jersey statute allocating taxpayer funds to bus children to religious schools — because it did not breach the “wall of separation” between church and state — and held that the establishment clause of the First Amendment applied to state and local governments as well as to the federal government.

Despite the Court’s narrow 5-4 decision, the mix of separationist reasoning and accommodationist outcome has made the case a popular precedent for liberals as well as conservatives. The commonly used phrase “separation of church and state” is derived from the “wall” metaphor in this case; the Court in turn borrowed it from Roger Williams and Thomas Jefferson.

A New Jersey statute gave school boards the authority to reimburse parents for the cost of busing their children to private schools, including Catholic and other parochial schools. Everson, a taxpayer, challenged this law as an impermissible expenditure under the establishment clause.

In the first part of the majority opinion, Justice Hugo L. Black addressed the issue of incorporation. Prior to Everson, the establishment clause, like most of the provisions of the Bill of Rights, applied only to the national government as the First Amendment explicitly states: “Congress [an arm of the national government] shall make no law respecting an establishment of religion. . . .” Yet Everson involved a state law. The majority held that the 14th Amendment language — “No State shall . . . deny . . . liberty without due process of law” — applied this liberty to the states.

Black then turned to the substance of the case, the reimbursement to parents of the costs of busing students to private schools, including religious ones. Black began with a detailed explanation of the establishment clause, explaining that the founders were particularly concerned with religious liberty and thought that the best way to protect it was to ensure that the government could neither tax nor support religion in any way.

He cited the opposition of James Madison and Thomas Jefferson to a state tax to benefit Virginia’s established church and quoted from Madison’s “Memorial and Remonstrance Against Religious Assessments” (1785) and Virginia’s Statute for Religious Freedom (1786).

More controversially, he referred to an 1802 letter Jefferson sent to the Danbury Baptist Association in which he interpreted the First Amendment as “building a wall of separation between church and state.” Black added that the “wall must remain high and impregnable.” This discussion had a decidedly separationist tone and has been cited by liberals as authoritative ever since.

Court said busing program did not breach the 'wall'

Yet, Black then argued that distributing public funds to parents to cover the cost of busing their children to religious schools did not breach the wall. He reasoned that the establishment clause should be balanced against the free exercise clause: “New Jersey cannot . . . exclude individual[s] . . . because of their faith, or lack of it, from receiving the benefits of public welfare legislation.”

Black likened school busing to such other general government services as police, fire, sewage, highways, and sidewalks. He concluded by explaining that the First Amendment “requires the state to be neutral in its relations with groups of religious believers and non-believers.”

In dissent, Justice Wiley B. Rutledge claimed that the founders would have struck down the New Jersey statute. Rutledge likened reimbursements for transportation to those for tuition, teacher salaries, and other educational expenses.

Justice Robert H. Jackson’s dissent echoed Rutledge’s in arguing that because parochial school is a vital part of Roman Catholicism, “to render tax aid to its Church school is indistinguishable . . . from rendering the same aid to the Church itself.”

The seemingly contradictory majority opinion reflected the indecision on the part of some of the justices.

Initially, only Felix Frankfurter and Rutledge voted to invalidate the statute, but Justices Jackson and Harold H. Burton changed their minds and also decided that reimbursements were unconstitutional.

Justice Francis W. Murphy, a liberal but also a devout Catholic, cast the deciding vote to uphold the law. He wrote to a friend after the decision was announced, “If I err, I want to err on the side of religion.”

Instead of resolving church and state issues, Everson began a debate that continues to this day over how to define an “establishment” of religion so that the right of individuals freely to exercise their religious beliefs is protected.