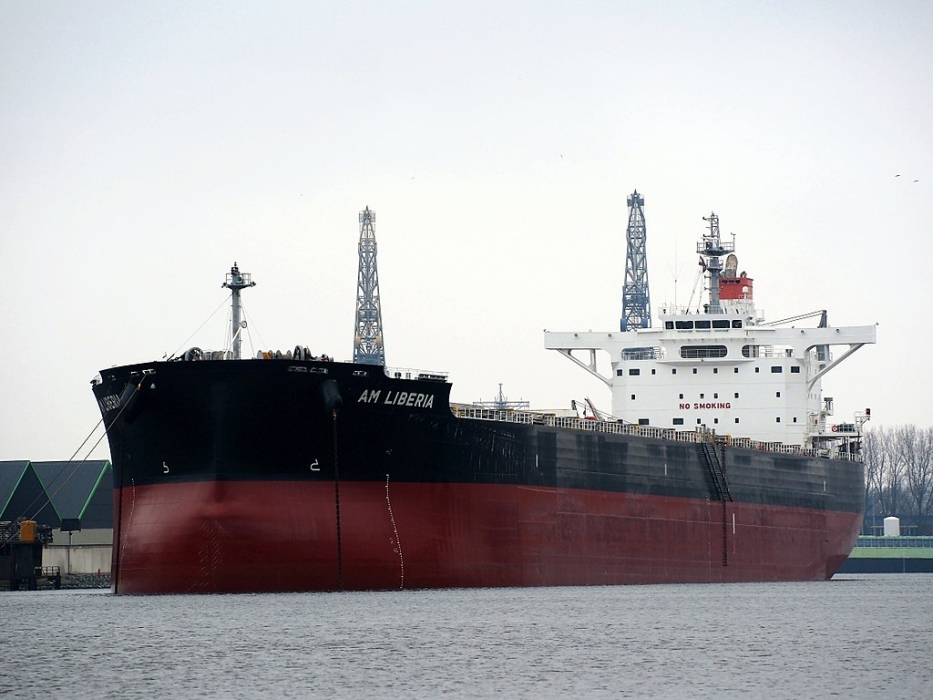 In 1971 at the port in Mobile, Alabama, picketers displayed signs and literature to publicize the adverse impact on American seamen of the operations of foreign flag carriers which employ foreign crewmen at wages substantially below those paid to American seamen. After longshoremen and others refused to cross the picket line, an injunction was issued against the picketers to stop. The Supreme Court upheld the injunction, saying the order to stop did not violate the free expression rights guaranteed in the First Amendment. (This photo of a Liberian ship is in the public domain.)

The Supreme Court decision in American Radio Association, AFL-CIO v. Mobile Steamship Association, 419 U.S. 215 (1974) held that an Alabama court’s injunction against picketing of foreign ships for alleged substandard treatment of their crewmembers did not violate the free expression rights guaranteed by the First and 14th Amendments.

The opinion, written by Justice William H. Rehnquist, focused chiefly on the issue of whether Alabama was precluded from intervening on the basis that the action involved a commercial matter pre-empted by federal action under the National Labor Relations Act, originally adopted in 1935. Rehnquist indicated that the decision rejecting the idea of such preemption in Windward Shipping v. American Radio Association, AFL-CIO (1974) applied to this case.

Having so decided, Rehnquist noted that Alabama had an expressed policy prohibiting secondary boycotts and that the injunction in question furthered this policy. The Alabama Supreme Court had relied on Teamsters Union v. Vogt, Inc. (1957) to conclude that “if the picketing compromised valid public policies, it was not protected by its putative purpose of conveying information.” Rehnquist observed that “Vogt endorsed the view that picketing involves more than an expression of ideas.” It had also established that states had a “broad field” of action in such cases. Rehnquist further denied that the opinion in Amalgamated Food Employees Local Union 590 v. Logan Valley Plaza (1968) permitting picketing in this case because Logan Valley involved “the location of the picketing, not its purpose.”

Justice William O. Douglas’s dissent focused on what he considered to be the adverse environmental impact of foreign ships. Justice Potter Stewart based his dissent, joined by Douglas and two other justices, on his belief that the issues affected commerce and thus fell under the authority of the National Labor Relations Board not the states.