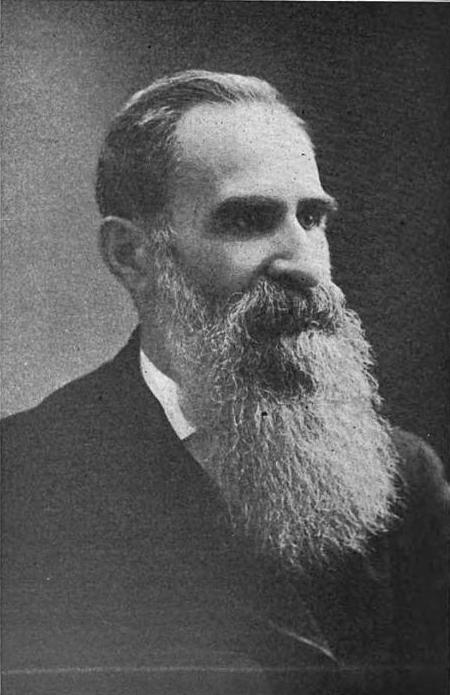 George Reynolds was a party to Reynolds v. United States (1879), in which the Supreme Court ruled unanimously that a federal law prohibiting polygamy did not violate the free exercise clause of the First Amendment. The Court’s decision was among the first to hold that the free exercise of religion is not absolute. (Image via Wikimedia Commons, public domain)

In Reynolds v. United States, 98 U.S. 145 (1879), the Supreme Court ruled unanimously that a federal law prohibiting polygamy did not violate the free exercise clause of the First Amendment. The Court’s decision was among the first to hold that the free exercise of religion is not absolute.

Reynolds was sentenced for polygamy

The case began when George Reynolds, a resident of the Territory of Utah, was sentenced to two years at hard labor and assessed a $500 fine by a federal court for violating a federal anti-bigamy law. Congress had passed the statute against polygamy because it perceived that such a practice contravened good order and peace.

By practicing polygamy, Reynolds, a member of the Church of Jesus Christ of Latter-day Saints (also known as the Mormon Church), was following what was then one of the central tenets of his religion. Appealing his case to the Supreme Court, Reynolds argued that the anti-bigamy law was in direct violation of the First Amendment’s free exercise clause.

Although the Court agreed with Reynolds that the free exercise of religion underlay the founding of the United States, it also held that government officials have a right to regulate behavior as part of religious practices that are considered odious and violate basic notions of morality. Until the inception of the Mormon Church, the Court noted, the northern and western nations of Europe and every state had criminalized polygamy.

More important, the Court created a belief-action dichotomy for free exercise clause cases. It held that the federal government cannot interfere with a person’s religious beliefs, except when a religious practice violates certain notions of health, safety, and morality — commonly called police powers. Reynolds, therefore, had the freedom to believe in polygamy, but he could not practice it, because the action violated national police powers.

If the federal government could not regulate certain religious actions, the Court concluded, religious doctrines would become the superior law of the land. Indeed, in oft-cited language, Chief Justice Morrison Waite wrote: “To permit this would be to make the professed doctrines of religious belief superior to the law of the land, and in effect to permit every citizen to become a law unto himself. Government could exist only in name under such circumstances.”

Since this case, the belief-action dichotomy created by the Court in Reynolds has become a central principle of free exercise clause jurisprudence.

Justices have cited this principle in cases such as:

This article was originally published in 2009. John Hermann has been a professor at Trinity University for the 25 years where he teaches on Civil Rights and Liberties. He is an expert in minority rights and the Supreme Court of the United States.