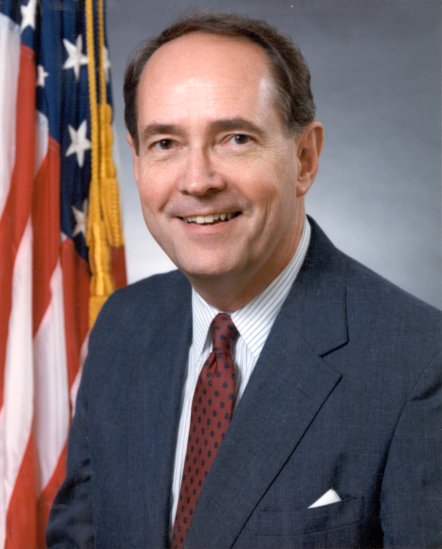 In Thornburgh v. Abbott, 490 U.S. 401 (1989), the Supreme Court held that federal prison restrictions relative to incoming publications or letters did not violate the First Amendment right to free speech. The Court remanded the case to see that such regulations were properly applied to each of the forty-six publications at issue. Richard Thornburgh, attorney general at the time, was the plaintiff in the case. (Image via Wikimedia Commons, public domain)

In Thornburgh v. Abbott, 490 U.S. 401 (1989), the Supreme Court held that federal prison restrictions relative to incoming publications or letters did not violate the First Amendment right to free speech. The Court remanded the case to see that such regulations were properly applied to each of the forty-six publications at issue.

A class of inmates and a few publishers filed suit in district court, claiming that the federal prison regulations, both on their face and as-applied to forty-six specifically excluded publications, violated the intermediate-scrutiny standard of Procunier v. Martinez (1974), which the court of appeals had used to find the standards lacking. The Supreme Court chose instead to apply the rational-basis standard asking whether regulations were “reasonably related to legitimate penological interests,” which the Court had applied in Turner v. Safley (1987).

In applying the Turner standard, Blackmun said the Court had to ascertain that the regulations were “legitimate and neutral and that the regulations are rationally related to that objective.” In this case, the government’s purpose was prison security. The prison further applied the regulations to “distinguish between rejection of a publication ‘solely because its content is religious, philosophical, political, social or sexual, or because its content is unpopular or repugnant’ (prohibited) and rejection because the publication is detrimental to security (permitted).”

Blackmun found “that the broad discretion accorded prison wardens by the regulations here at issue is rationally related to security interests.” He took comfort in “the individualized nature of the determinations required by the regulation.” The prison had the right to take into consideration the negative impact that regulations might have on guards and inmates.

Dissenters disagreed with the 'reasonableness' standard

In dissent, Justice John Paul Stevens, joined by William J. Brennan Jr. and Thurgood Marshall, agreed that the case needed to be remanded to the district court for case-by-case review, but he disagreed that the “reasonableness” standard was adequate to justify “censorship.” Stevens charged, “In lieu of Martinez’s rationale, which properly takes into consideration the effects that prison regulations have on the First Amendment rights of nonprisoners, the Court applies a manipulable ‘reasonableness’ standard to a set of regulations that too easily may be interpreted to authorize arbitrary rejections of literature addressed to inmates.” Acknowledging that courts needed to give some discretion to prison officials, Stevens thought that the standards the Court had accepted were “impermissibly ambiguous” and that its approval of the regulations rested on a “premature leap of faith.”