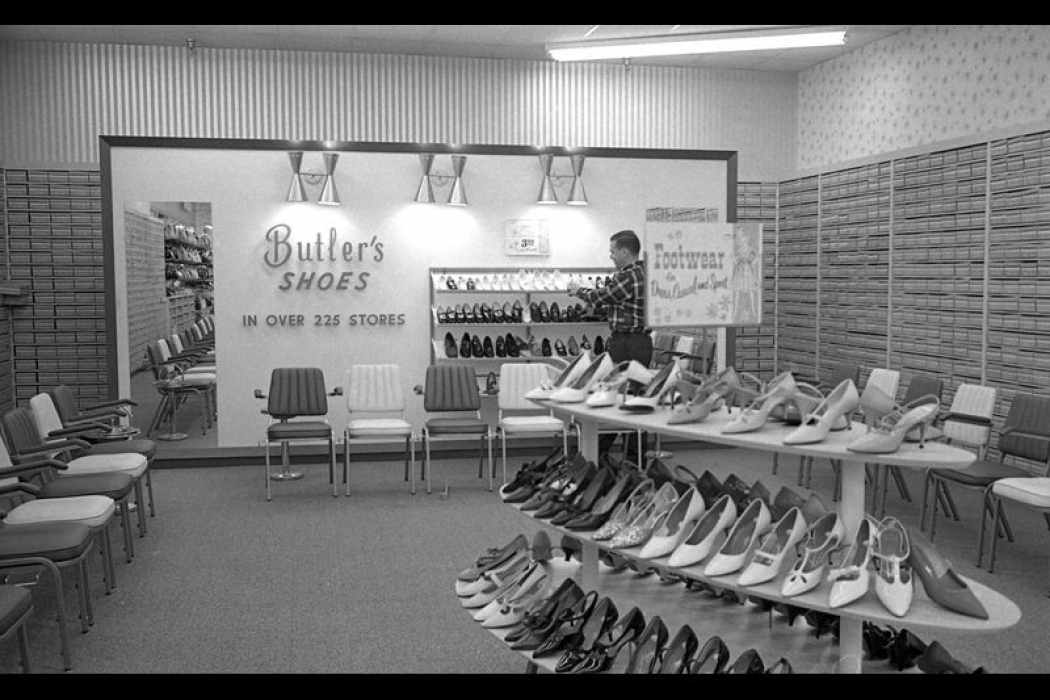 Striking union members were told they would be arrested for trespass if they continued to picket in front of their company's mall retail store Butler's Shoes in suburban Atlanta. The case went to the Supreme Court which ruled in Hudgens v. National Labor Relations Board (1976) that privately owned malls could not be considered the equivalent of city sidewalks, and private owners could limit First Amendment activity within. (This 1966 photo of a Butler's Shoes  store was in one of the first indoor malls in Hampton Roads, Va., reprinted here with permission from The Virginian-Pilot. Photographer: Charlie Meads)

In Hudgens v. National Labor Relations Board, 424 U.S. 507 (1976), the Supreme Court ruled that there was no right to exercise free speech in privately owned malls under the First Amendment.

Striking union sued to picket in front of mall

Members of a striking union had picketed in front of their employer Butler Shoe Co.'s  retail store inside a mall owned by Scott Hudgens. They were told by the mall manager that if they continued to picket they would be arrested for trespass. The National Labor Relations Board (NLRB) determined that the National Labor Relations Act of 1935 had been violated and brought suit to require Hudgens to allow the picketing to continue.

Writing the 6-2 majority opinion, Justice Potter Stewart first stated unequivocally that the constitutional guarantee of free speech is a guarantee only against abridgment by government, federal or state, not private persons or corporations. He then stated that despite this truism, the record demonstrated exceptions.

The first exception to the rule was in Marsh v. Alabama (1946), when the Court ruled that the sidewalks of a privately owned company town were the equivalent of those in a public community. Marsh influenced Amalgamated Food Employees Union Local 590 v. Logan Valley Plaza (1968), in which the Court ruled that picketing in a privately owned shopping mall was protected First Amendment activity since the walkways of a mall were the functional equivalent of a city sidewalk.