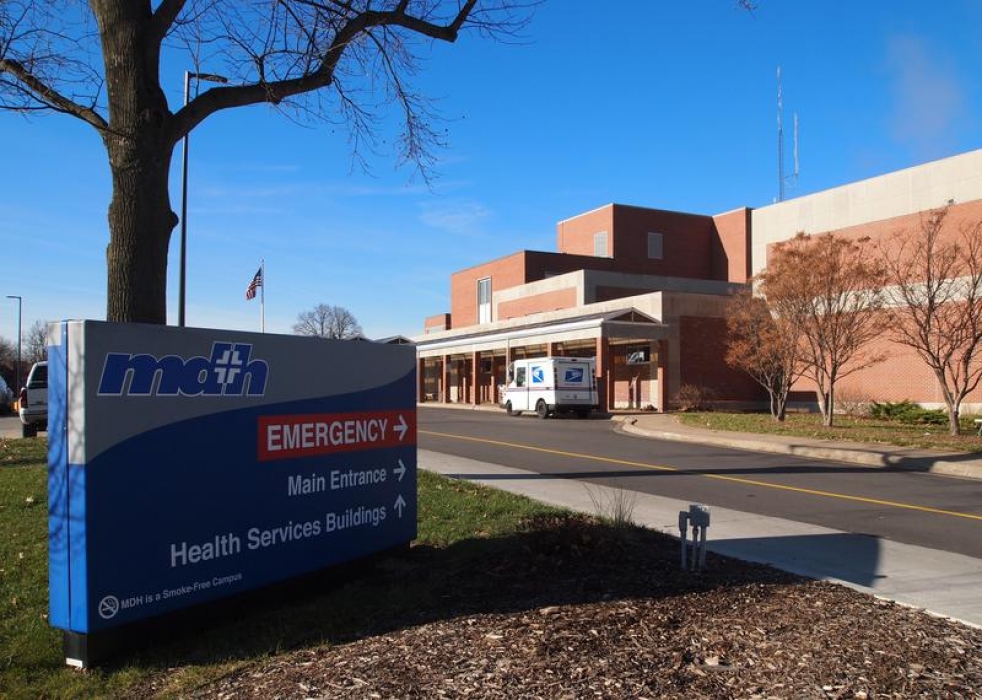 A nurse working at McDonough District Hospital, a public hospital in Illinois, was fired after making critical remarks about the obstretrics department to another nurse considering transferring there. She alleged her First Amendment free speech rights were violated and that the termination was in retaliation for what she said. She won at the appellate level, but the Supreme Court reversed the court of appeals ruling, and said her case should be remanded to determine the reason for dismissal. The case is one of several related to the free speech rights of public employees when speaking about their jobs. (Photo of McDonough District Hospital, public domain)

In Waters v. Churchill, 511 U.S. 661 (1994), the Supreme Court ruled that a public employer may fire an employee for speech that the employer reasonably believed was unprotected. The decision attempted to explain what should happen when a public employer takes an adverse action against an employee based on a mistaken understanding of the facts or what was said.

The case required the Court to not only apply its leading public employee speech precedents in Pickering v. Board of Education (1968) and Connick v. Myers (1983), but also to explain what should be done when there is a dispute about the nature of the employee’s speech in the first place.

Cheryl Churchill was a nurse in a public hospital who had made some critical comments about the obstetrics department to another employee during a work break. The comments were overheard by her supervisor, Cynthia Waters, who fired her. There were, however, conflicting versions of the dismissal. Some observers alleged it was for insubordination; others maintained it stemmed from Churchill’s criticism of her supervisor.

Writing for the plurality, Justice Sandra Day O’Connor stated: “There is no dispute in this case about when speech by a government employee is protected by the First Amendment.”

In Connick, the Court had ruled that a public employee’s speech is protected by the First Amendment if it is on a matter of public concern and the employee’s free speech rights outweigh the employer’s interests in an efficient, disruptive-free workplace. O’Connor contended that this Connick standard should be applied in Waters, and that the case should be remanded to the lower court to determine how to apply the Connick standard to the facts in this case.  Under O’Connor’s formulation of the Connick test, a public employer would at times be required to conduct an investigation to determine the specific reasons for the dismissal.

Justices Antonin Scalia, Clarence Thomas, and Anthony M. Kennedy argued that the Court should not require the employer to conduct an investigation before disciplining an employee. Scalia believed the sole requirement should be that the employer not retaliate against an employee for speaking out on a matter of public concern.

In dissent, Justices John Paul Stevens and Harry A. Blackmun would have applied the Connick standard directly and upheld the appeals court decision, ruling that Churchill’s dismissal was a violation of her First Amendment rights. “Today’s ruling will surely deter speech that would be fully protected under Pickering and Connick,” Stevens warned. “A First Amendment claimant need not allege bad faith; the controlling question is not the regularity of the agency’s investigative procedures, or the purity of its motives, but whether the employee’s freedom of speech has been ‘abridged.’ ”

Although the decision appeared to add a layer of protection to employees, some commentators have criticized the plurality opinion for actually providing employees with less protection, because it allows employers to discipline employees for their speech even when the employer is mistaken about what was actually said. And yet Waters reaffirmed the basic Pickering-Connick framework for evaluating free speech claims by public employees.

Later, however, in Garcetti v. Ceballos (2006) the Court appeared to retreat from its decision in Waters by ruling that when public employees make statements pursuant to their official duties, they are not speaking as citizens for First Amendment purposes, and the Constitution does not insulate their communications from employer discipline. The implications of the Garcetti decision are to offer less First Amendment protection to public employees than the Court appeared to provide in previous decisions.