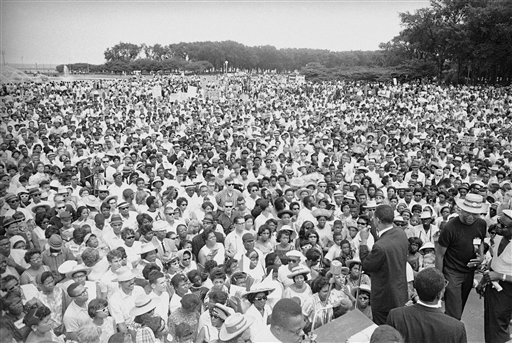 The board responsible for granting permits had to decide on applications within twenty-eight days and could deny them only for thirteen specified grounds, subject to appeal and review. A group advocating the legalization of marijuana, whose application recently had been denied, contended that the ordinance was facially invalid in part because the ordinance did not ensure a prompt judicial decision on the merits if the group filed an appeal of its permit denial. The group contended that the First Amendment requires a city to contain a provision providing for more than mere access to a judicial forum.

Justice Antonin Scalia’s opinion for the Court distinguished the licensing requirement in this case from that involving motion pictures in Freedman v. Maryland (1965). Whereas Freedman involved “subject-matter censorship,” this applied “content-neutral time, place, and manner regulations of the use of a public forum.”

Scalia acknowledged that a board could apply neutral time, place, and manner restrictions arbitrarily, but he thought the city had provided adequate guidelines to prevent such abuses. He ruled that the board could interpret its guidelines permissively rather than restrictively because such a standard “furthers, rather than constricts, free speech.” Acknowledging that giving “waivers to favored speakers” or “denying them to disfavored speakers” would be unconstitutional, he said that such a problem should be dealt with when and if it appeared on an as-applied basis rather than by making the law more rigid.