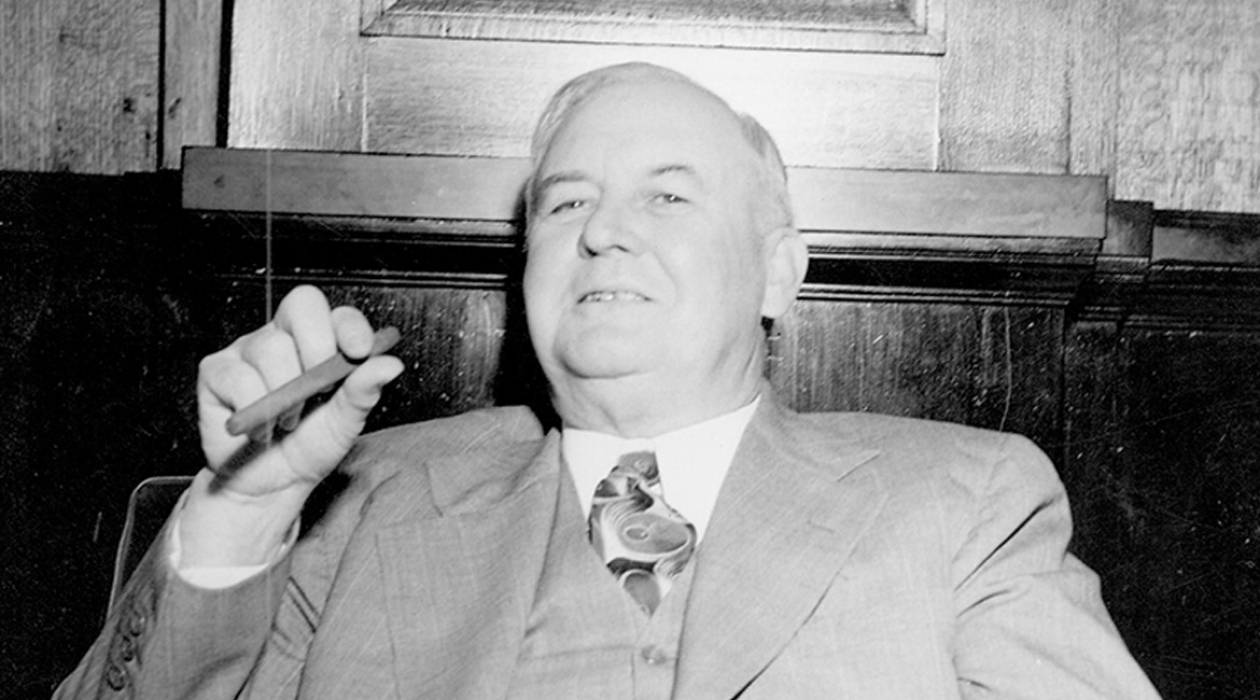 Through the loyalty oath law for Oklahoma state employees was controversial when it passed in 1951, it also came at a time when there was great fear about communist infiltration in government agencies. Oklahoma A&M Regent R.T. Stuart was reported as saying "Any man who opposed the bill is nothing but a damned Communist.” However, the Supreme Court in Wieman v. Updegraff (1952) struck down the law as a violation of First Amendment right. (Photo via Oklahoma State University magazine)

The case arose when employees of the Oklahoma Agricultural and Mechanical College were fired because they had refused to take the loyalty oath, which required that they affirm that they were not members of “a communist front or subversive organization” and had not been over the preceding five years.

A trial court had sustained the action, which was affirmed by the Oklahoma Supreme Court.

Writing for the unanimous Court, Justice Tom C. Clark distinguished three previous cases: Garner v. Board of Public Works of Los Angeles (1951), Adler v. Board of Education (1952), and Gerende v. Board of Supervisors of Elections of Baltimore (1951).

Whereas all of these cases were based on the fact that employees knew that the organizations they had joined were subversive when they joined them, Oklahoma had not applied its statute with such a requirement. Clark pointed out that one could have joined a group unaware that it was subversive or an organization once innocent could become subversive in the future. The oath thus “offends due process.”

In a concurring opinion, Justice Hugo L. Black tied Oklahoma’s test oath to the Alien and Sedition Acts of 1798 and identified “test oaths” as “notorious tools of tyranny” that violated freedom of speech.

Justice Felix Frankfurter’s concurring opinion focused chiefly on the right of association, which he tied to “free speech and free inquiry.” Frankfurter thought that the law was particularly pernicious because it chilled the speech of teachers, who Frankfurter identified “as the priests of our democracy.”