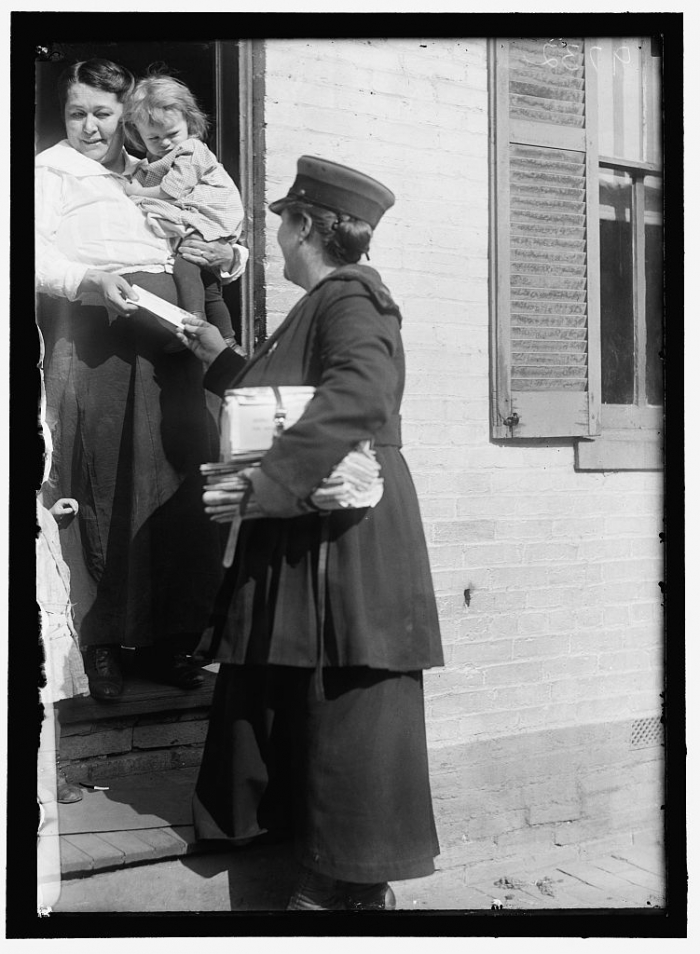 The Post Office Appropriation Act of August 24, 1912 required newspapers to submit the names of its editors and shareholders. Publishers of two New York City newspapers filed suit, saying it was an attempt to regulate the press. But the Supreme Court ruled it was within the government's power to make sure that those receiving the reduced cost of second-class mailings legitimately qualified for it. In this 1917 photo, a mail carrier delivers mail. (Image via Library of Congress, public domain)

A consolidation of two cases, the Supreme Court in Lewis Publishing Company v. Morgan; Journal of Commerce and Commercial Bulletin v. Burleson, 229 U.S. 288 (1913), unanimously found that a provision of the U.S. Post Office act did not violate the First Amendment rights of freedom of the press and due process.

The two cases involved the constitutionality of a provision of the Post Office Appropriation Act of August 24, 1912, which required editors of newspapers and similar periodicals to furnish the Post Office with the names and addresses of the editors and major shareholders and further required that any editorials for which payments were made be clearly labeled as advertisements.

The newspapers attacked these provisions as violations of freedom of the press and due process but lost their case in a U.S. district court in New York and appealed to the U.S. Supreme Court.

Writing for the Court, Chief Justice Edward D. White observed that the Post Office had long discriminated in favor of the dissemination of news by designating newspapers as second-class mail, which it charged substantially less to send.

He found the regulations at issue to be consistent with the government’s interest in ensuring that those to whom it was extending such benefits legitimately qualified for them.

He found that the governmental requirements were incidental to its power to regulate the mails. He observed that the government was not attempting to regulate the press in general but “solely and exclusively with the right on behalf of the publishers to continue to enjoy great privileges and advantages at the public expense, a right given to them by Congress upon condition of compliance with regulations deemed by that body incidental and necessary to the complete fruition of the public policy lying at the foundation of the privilege accorded.”

Author Michael Gibson observed that the decision “was a sheep in wolf’s clothing for the press.” He explained that “[t]he newspaper lost its case but the press as a whole gained Supreme Court approval of its mail subsidy and the seeds of modern content-neutrality doctrine” (1986: 301).