By Eric P. Robinson
Other articles in Legal Terms and Concepts Related to Speech, Press, Assembly, or Petition 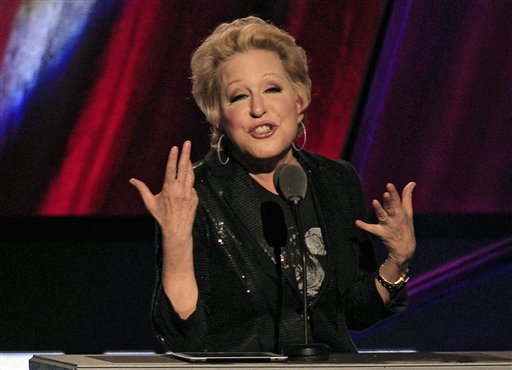 Appropriation, also referred to as misappropriation, is the unauthorized use of a person’s name, photograph, likeness, voice, or endorsement, often for financial gain. Although appropriation may involve speech or communication, the First Amendment does not protect its practice.

Appropriation is related to right of publicity

Appropriation is related to and is often co-mingled with the “right of publicity.”

Some commentators differentiate them, however, on the grounds that the right of publicity applies to individuals (for example, a celebrity) with a proven commercial value to their image or identity, while appropriation pertains to everyone.

Appropriation has its roots in the law of unfair competition and has historically been applied when something that cannot be copyrighted, such as a performance, is used without authorization. The terms are often used interchangeably, however, and the Restatement (Second) of Torts (sec. 652C, comment (b) (1977)) includes only a single action for “appropriation of name or likeness,” which includes commercial and noncommercial purposes.

Right of publicity arose in the early 20th century

The concept of a right of publicity arose at the start of the twentieth century.

New York, for example, adopted the claim by statute in 1905 after the state’s highest court refused to recognize it in Roberson v. Rochester Folding Box Co. (N.Y. 1902).

The first court decision to use the term right of publicity was Haelan Laboratories, Inc. v. Topps Chewing Gum, Inc. (2d Cir. 1953). Professor Melville B. Nimmer promoted the concept the following year in a seminal article.

The Supreme Court upheld the constitutionality of the claim in Zacchini v. Scripps-Howard Broadcasting Co. (1977), which involved the unauthorized broadcasting of an entire “human cannonball” act.

The Second Restatement of Torts, published the year of the Zacchini decision, states that “[o]ne who appropriates to his own use or benefit the name or likeness of another is subject to liability to the other for invasion of his privacy” (sec. 652C; see also Restatement (Third) of Unfair Competition, sec. 46 (1995): “[o]ne who appropriates the commercial value of a person’s identity by using without consent the person’s name, likeness, or other indicia of identity for purposes of trade is subject to liability for [monetary and injunctive] relief ”).

Court have allowed right of publicity actions for celebrities, noncelebrities

For celebrities, courts have allowed “right of publicity” actions for:

For noncelebrities, courts have allowed claims for:

Plaintiffs must, however, show that their persona has some commercial value. Courts have rejected claims from noncelebrities whose personas have minimal value, as in Vassiliades v. Garfinckel’s, Brooks Bros. (D.C. App. 1985).

Appropriation claims are limited under the First Amendment

Appropriation claims are limited where the unauthorized use has First Amendment value (for example, newsworthy material, entertainment, or parody).

Federal copyright law preempts state appropriation law when the work falls within the subject matter of the Copyright Act of 1976 and plaintiffs’ claims assert rights equivalent to those protected by copyright.

Thus, for example, appropriation claims are preempted in cases involving usage of a copyrighted work that incidentally, but necessarily, includes the identity of the complainant.

This article was originally published in 2009. Eric P. Robinson is an attorney and scholar focused on legal issues involving the media, including the internet and social media. He is currently Assistant Professor in the School of Journalism and Mass Communications at the University of South Carolina and is also “of counsel” to Fenno Law in Charleston/Mount Pleasant, South Carolina, which focuses on media and internet law.