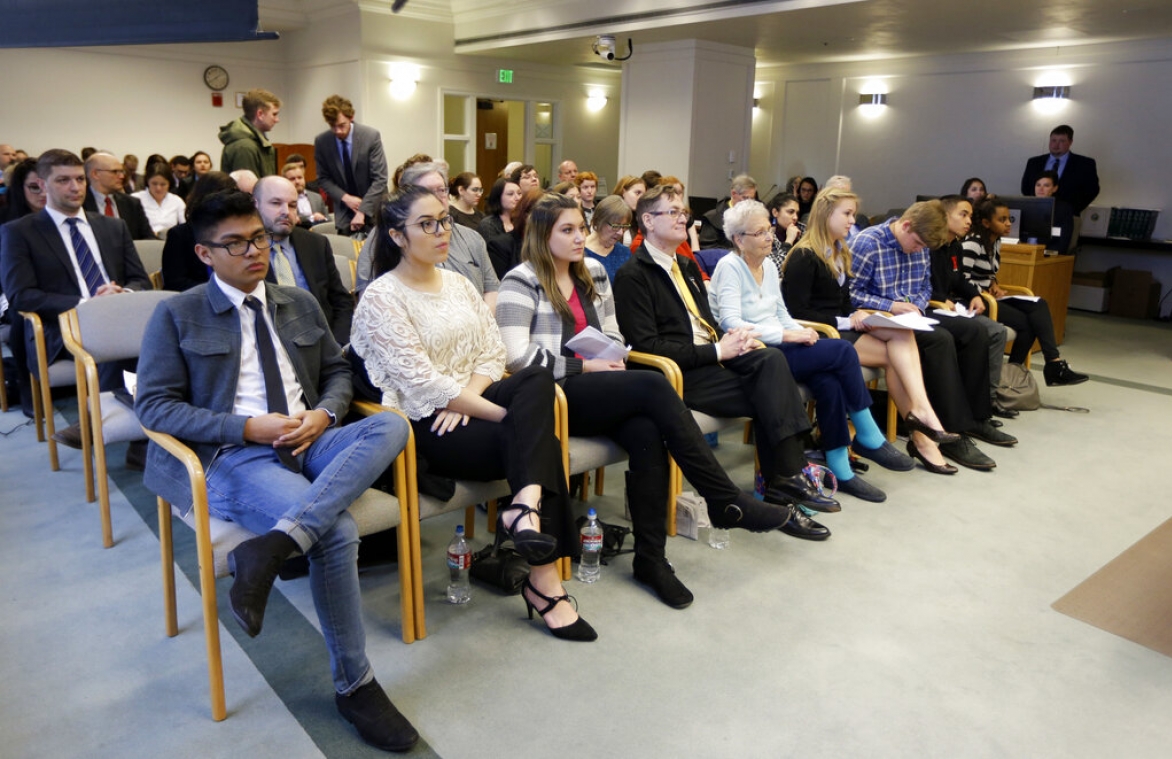 High school student journalists and other supporters sit in the front row of a Washington state Senate hearing, Jan. 19, 2017, at the Capitol in Olympia, Wash., as they wait to hear testimony related to the reintroduction of a bill that would protect student journalists' free speech in school-sponsored media at public schools and colleges in response to a 1988 U.S. Supreme Court ruling that gave administrators control over what gets published in school media. (AP photo/Ted S. Warren)

LINCOLN, Neb. (AP) — A bill that would have extended free-speech protections to Nebraska student journalists and their advisers stalled in the Legislature on April 14 after advancing through an initial vote last month.

Backers fell short of the support they needed after three senators switched their votes on the second of three rounds of debate. Lawmakers voted 30-17 to overcome a filibuster by opponents, but needed 33 "yes" votes.

The bill would have applied to students at public high schools, colleges and universities. It would have allowed administrators to stop articles that are libelous, violate journalistic ethics or incite violence, among other exceptions. Morfeld argued that it's important for students to learn firsthand about the First Amendment without school officials censoring them.

Lawmakers who opposed the bill argued that students who are immature and still learning about journalism shouldn't be given free reign in publications sponsored by a publicly funded school.

Supporters overcame a filibuster last month, but fell short on April 14 after one senator who previously voted "yes" switched his vote to "no" and two others changed to "present, not voting," which has the same effect as a "no" vote.