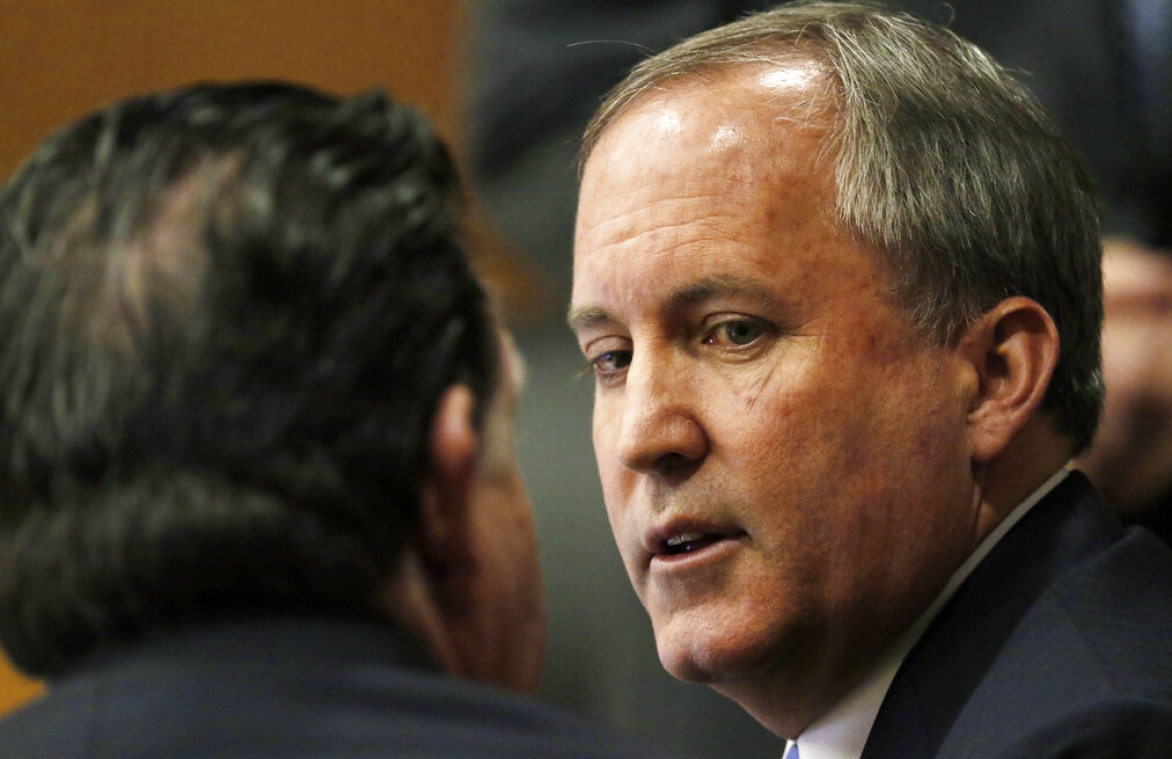 Texas Attorney General Ken Paxton, right, talks with one of his attorneys in 2015. Photo by Jae S. Lee/The Dallas Morning News Via AP

AUSTIN, Texas (AP) — Nine Twitter users who sued Texas Attorney General Ken Paxton for blocking them on the social media platform have regained access to the Republican's posts, their attorneys said on May 6.

The users blocked by Paxton included college students, a journalist, a U.S. Army veteran and the leader of a progressive political group. All said in a lawsuit filed last month that Paxton denied them access to his tweets after they criticized his policies.

They were represented by the ACLU and the Knight First Amendment Institute at Columbia University, which cheered Paxton's reversal.

"It shouldn't take a lawsuit for Attorney General Paxton to comply with the Constitution," Kate Huddleston, an attorney for the ACLU of Texas, said in a statement.

Paxton's office did not respond to a request for comment.

A federal appeals court ruled in 2019 that former President Donald Trump's tweets were overwhelmingly official in nature and that he violated the First Amendment whenever he blocked a critic to silence a viewpoint. Twitter banned Trump from the platform two days after the deadly attack on the Capitol by Trump supporters on Jan. 6.

In March, Twitter sued Paxton alleging Texas' top law enforcement officer was trying to retaliate against the company for banning Trump. It came after Paxton's office demanded that Twitter and other tech companies hand over content moderation policies and troves of internal communications.