Judge tosses most claims over clearing protesters in D.C. park 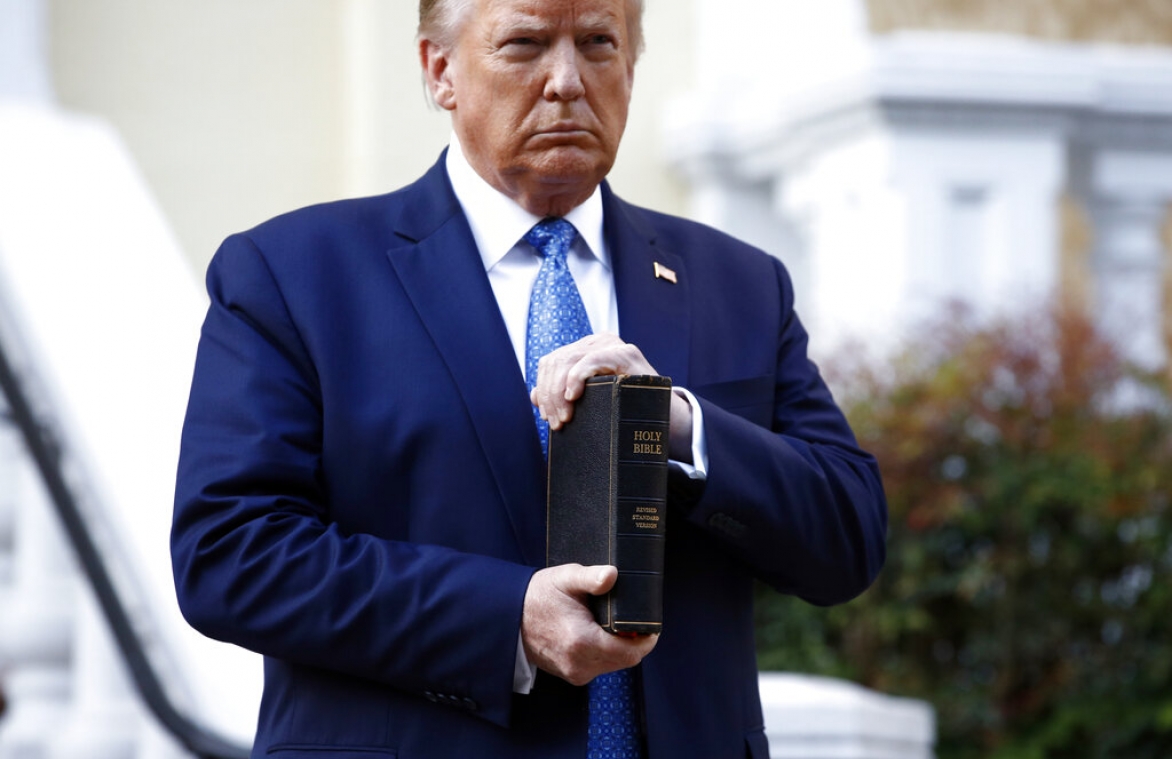 In this June 1, 2020, file photo, President Donald Trump holds a Bible as he visits outside St. John's Church across Lafayette Park from the White House in Washington, D.C. (AP Photo/Patrick Semansky, File)

WASHINGTON (AP) — A federal judge dismissed most claims filed by activists and civil liberties groups who accused the Trump administration of violating the civil rights of protesters who were forcefully removed by police before then-President Donald Trump walked to a church near the White House for a photo op.

U.S. District Judge Dabney Friedrich said June 21 the claims in the suit, which alleged that Trump and then-Attorney General William Barr had conspired to violate the rights of protesters last June, were speculative and it was premature for the court to conclude whether the actions of law enforcement officers were justified.

Friedrich dismissed the claims against Barr and other federal officials, including the acting U.S. Park Police chief, Gregory Monahan, finding there wasn't sufficient evidence to prove there was any agreement or plan to violate the rights of the protesters. The judge also said the law gives them immunity in civil litigation.

The lawsuit stemmed from one of the most high-profile moments of the Trump presidency, when federal and local law enforcement officials aggressively forced a group of largely peaceful protesters back from Lafayette Square outside of the White House, firing smoke bombs and pepper balls into the crowd to disperse the group. Officers were seen shoving protesters and journalists as they pushed the crowd back.

Barr has said he met with other law enforcement officials earlier that day to review a plan to extend the security perimeter around the White House to protect federal agents after days of unrest in Washington following the death of George Floyd at the hands of police officers in Minneapolis.

After the crowd was dispersed, Trump, followed by an entourage of his most senior aides including Barr, along with Secret Service agents and reporters, walked over to St. John's Church, a landmark building where every president has prayed, which had been damaged a day earlier in a protest fire.

In a statement, Arthur Ago, the director of the criminal justice project at the Lawyers' Committee for Civil Rights Under Law, said the ruling set an "extremely dangerous precedent" and that former officials like Barr were "getting off scot-free."

"We will always stand up for the rights of those peacefully demonstrating for racial justice, and this ruling sends the wrong message for police accountability efforts at a time when it is needed the most," Ago said.