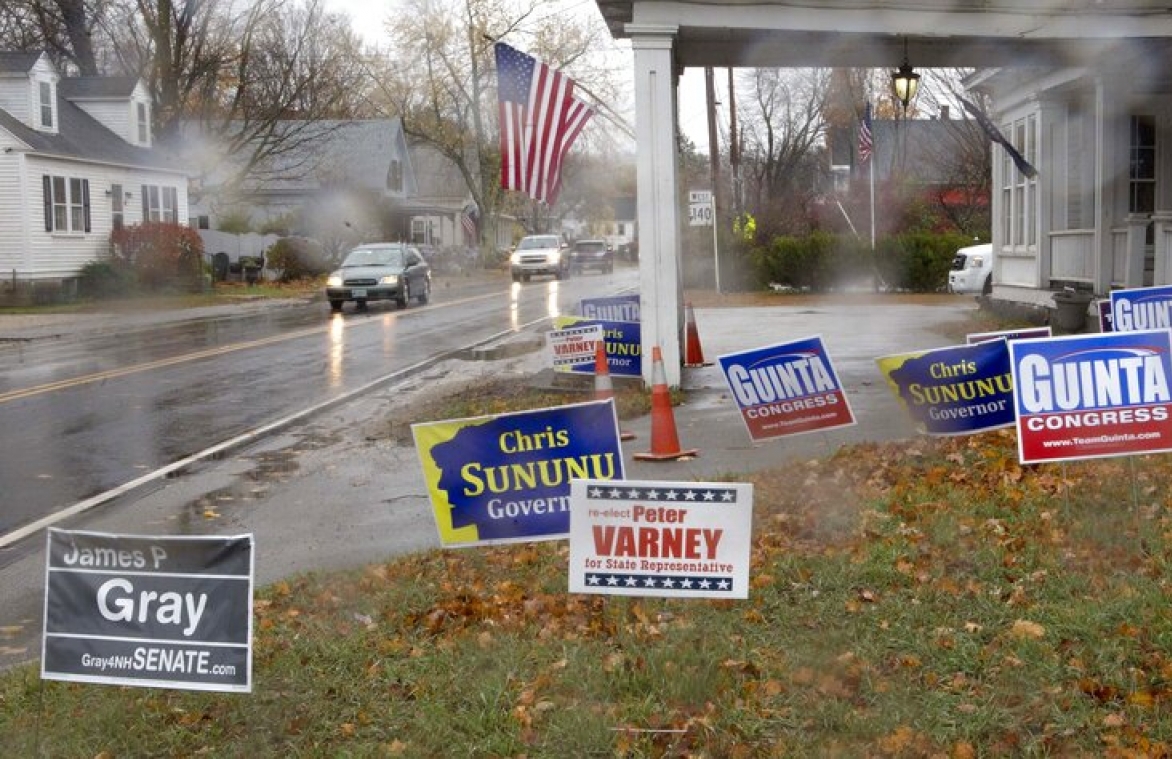 A municipal court judge in Roselle Park had ordered Patricia Dilascio to remove the signs or face a $250-a-day fine, citing an ordinance banning the display of obscene material. The town is about 12 miles southwest of New York City.

Dilascio appealed and on July 27, a Superior Court judge vacated the charges after the town voluntarily agreed to dismiss the underlying summons, according to the judge's order.

Several of the signs hung on a fence on the property use expletives in referring to Biden. The American Civil Liberties Union of New Jersey represented Dilascio and said the ruling confirmed that the town's use of the ordinance infringed upon her First Amendment rights.

"The First Amendment exists specifically to make sure people can express strong opinions on political issues — or any other matter — without fear of punishment by the government," ACLU-NJ Executive Director Amol Sinha said in a statement.

Through its attorney, the town said it decided to dismiss the charges against Dilascio after considering its impact on residents but that it stands by the municipal judge's upholding of the summons issued to her.

"The continued attention garnered by the inappropriate display and the escalating costs to the taxpayers of continuing to litigate the matter causes far greater harm to the Borough, as a whole, than good," the town's statement said.

The town said it will review ordinances related to the case "to ensure that local laws continue to promote the Borough's values."