News
December 8, 2021 by The Associated Press 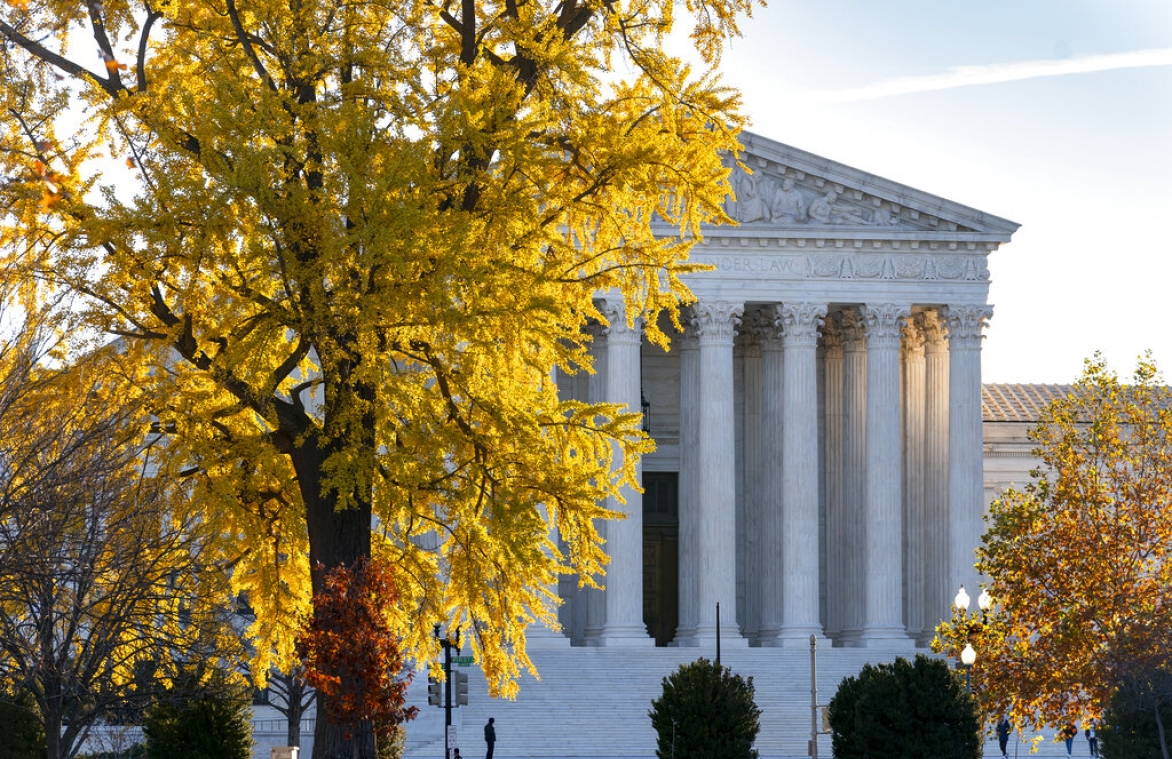 The Supreme Court in Washington, D.C., Dec. 3, 2021. The Court is hearing arguments in a challenge from parents in Maine who want to use a state tuition program to send their children to religious schools. AP Photo/J. Scott Applewhite

WASHINGTON (AP) — The Supreme Court is hearing arguments in a challenge from parents in Maine who want to use a state tuition program to send their children to religious schools.

The parents argue that their exclusion from the state program violates their religious rights under the Constitution. Teacher unions and school boards say a ruling for the parents would be a blow to public education. The case is Carson v. Makin.

The case, being argued today, Dec. 8, is the latest test of religious freedoms for a Supreme Court that has favored faith-based discrimination claims.

In largely rural Maine, the state allows families who live in towns that don't have public schools to receive public tuition dollars to send their children to the public or private school of their choosing. The program excludes religious schools.

The schools don't even have to be in Maine, or the United States for that matter, to qualify, said Michael Bindas, a lawyer with the libertarian public-interest law firm Institute for Justice. "But if you want to go to the Jewish day school or the Catholic parish around the block from your house, no," said Bindas, who is arguing the case on behalf of Maine parents.

Maine Attorney General Aaron Frey argued in a court filing that the issue at hand is access to public education. The parents want "a different benefit — a religious education," Frey wrote.

Last year, the high court ruled 5-4 that states must give religious schools the same access to public funding that other private schools receive, preserving a Montana scholarship program that had largely benefited students at religious institutions.

But even after that ruling, the 1st U.S. Circuit Court of Appeals upheld the Maine program, holding that the state was not violating anyone's constitutional rights by refusing to allow taxpayer money to be used for religious instruction. The three-judge panel included retired Justice David Souter, who occasionally hears cases in the appeals court.

The Supreme Court could use this case to resolve the extent to which religious schools may use public funding for explicitly religious activities, such as worship services and religious education courses.

Parents sued in federal court to be able to use state aid to send their children to Christian schools in Bangor and Waterville. The schools in question, Bangor Christian School and Temple Academy, are uncertain whether they would accept public funds, according to court filings.

The Bangor school said it would not hire teachers or admit students who are transgender. Both schools said they do not hire gay or lesbian teachers, according to court records.