News
January 3, 2022 by The Associated Press 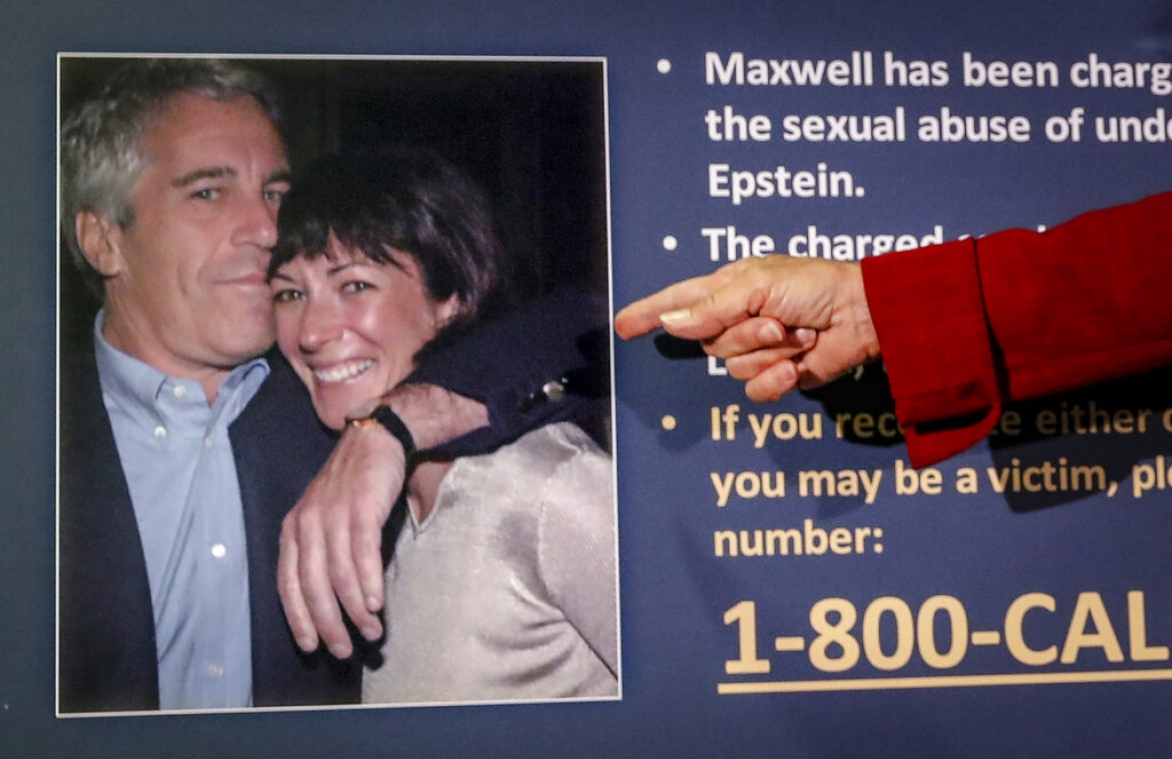 The sex-trafficking trial of Jeffrey Epstein's former girlfriend, Ghislaine Maxwell, ended with a guilty verdict, but that hasn't stopped the flow of false news that has swirled around the case.

On Dec. 30, posts emerged falsely claiming that trial documents were sealed to protect Epstein — who died by suicide in 2019 while awaiting trial for sex crimes — and his influential friends. At the same time, previously debunked claims reemerged on social media, including assertions that there was no media coverage of the high-profile trial.

Maxwell was found guilty on five of six counts at the conclusion of the monthlong trial where she was accused of helping Epstein sexually exploit teenage girls.

Here are some of the claims that spread online, and the facts you need to know about them:
___

CLAIM: The judge in the Maxwell case ordered details of Epstein's network sealed after the jury found Maxwell guilty.

THE FACTS: Posts online are claiming that U.S. District Judge Alison J. Nathan ordered details of Epstein's network sealed and that prosecutors made a deal to protect Maxwell's contacts. But that doesn't track with what actually happened.

Details of Epstein's network came out at trial in numerous ways, through multiple witnesses and exhibits, including flight logs and bank records. And almost nothing was sealed. Last June, Nathan even ruled that two 2016 depositions from a civil case involving Maxwell could be used in her criminal trial. And troves of additional materials detailing what went on at homes where Maxwell and Epstein resided have been unsealed in the last two years after federal appeals judges and a Manhattan judge agreed that once-sealed records in a civil case against Maxwell should be released publicly.

Almost every exhibit in the Maxwell trial was released publicly, including pictures of Epstein and Maxwell together. However, the judge did find at the outset of the trial that only certain pages from Maxwell's address book identifying victims with the word "massage" next to them could be marked into evidence.
___

CLAIM: The judge in the Ghislaine Maxwell case issued a media-wide gag order over the trial with no livestream to keep scandalous details from leaking out to the public.

THE FACTS: Members of the media were allowed to watch Maxwell's trial. But federal courts do not allow cameras like some state courts do, and the discrepancy fueled confusion and conspiracy theories on social media.

Ahead of the trial, news that the case would not be livestreamed began circulating. Some compared it to the fully televised Kyle Rittenhouse trial, which took place in state court. At one point, posts falsely claimed the judge placed a media "gag order" on the case and banned the press from attending. But reporters and members of the public were able to watch the trial live, both in the courtroom, as well as in overflow rooms where it was streamed for those who didn't get a seat.

Reporters for The Associated Press were among those who attended the trial and journalists could be seen waiting in line to enter the courthouse. The U.S. Attorney's Office for the Southern District of New York confirmed in a statement that the press would be allowed to attend the trial, and that there would be no live feeds except those within the courthouse.
___

CLAIM: Documents unsealed before the trial began showed a list of defendants, including some celebrities, who were named as "co-conspirators" in the case.

THE FACTS: The list of purported defendants was not part of the criminal case against Maxwell. It came from a lawsuit filed in August 2020 that was separate from the criminal trial and dismissed as "frivolous" in less than a month. Social media users circulated the list of names and companies as Maxwell prepared to face trial.

The dismissed civil case named nearly 40 defendants, including Epstein, Jay-Z, Beyoncé, Kanye West, Disney and Universal Music Group. Maxwell was included as the 31st name on the list. The lead plaintiff alleged that over the course of 30 years, the defendants conspired to "unlawfully surveil, drug and abduct" them "for sexual assault, sex trafficking, and other exploitative abuse" and conspired to transact a "purchase agreement" to buy the plaintiff from their mother.

U.S. District Judge Louis L. Stanton for the Southern District of New York dismissed the lawsuit on the grounds that it did not have a legal or factual basis, and that the plaintiff, who did not appear to be an attorney, made claims on behalf of others, according to the dismissal order.
___

CLAIM: The CEOs of Twitter, Walmart and CNBC all resigned on the first day of the Ghislaine Maxwell trial.

THE FACTS: Twitter's CEO did step down on that Monday, but in his Nov. 29 announcement, Twitter CEO Jack Dorsey said he would remain on the board until his term expires in 2022.

CNBC does not have a CEO and its chair did not resign. Nor did the CEO of Walmart, although the company said its chief financial officer would be stepping down — but not leaving the company until 2023.

This is part of The Associated Press' ongoing effort to fact-check misinformation that is shared widely online, including work with Facebook to identify and reduce the circulation of false stories on the platform. Here's more information on Facebook's fact-checking program: https://www.facebook.com/help/1952307158131536