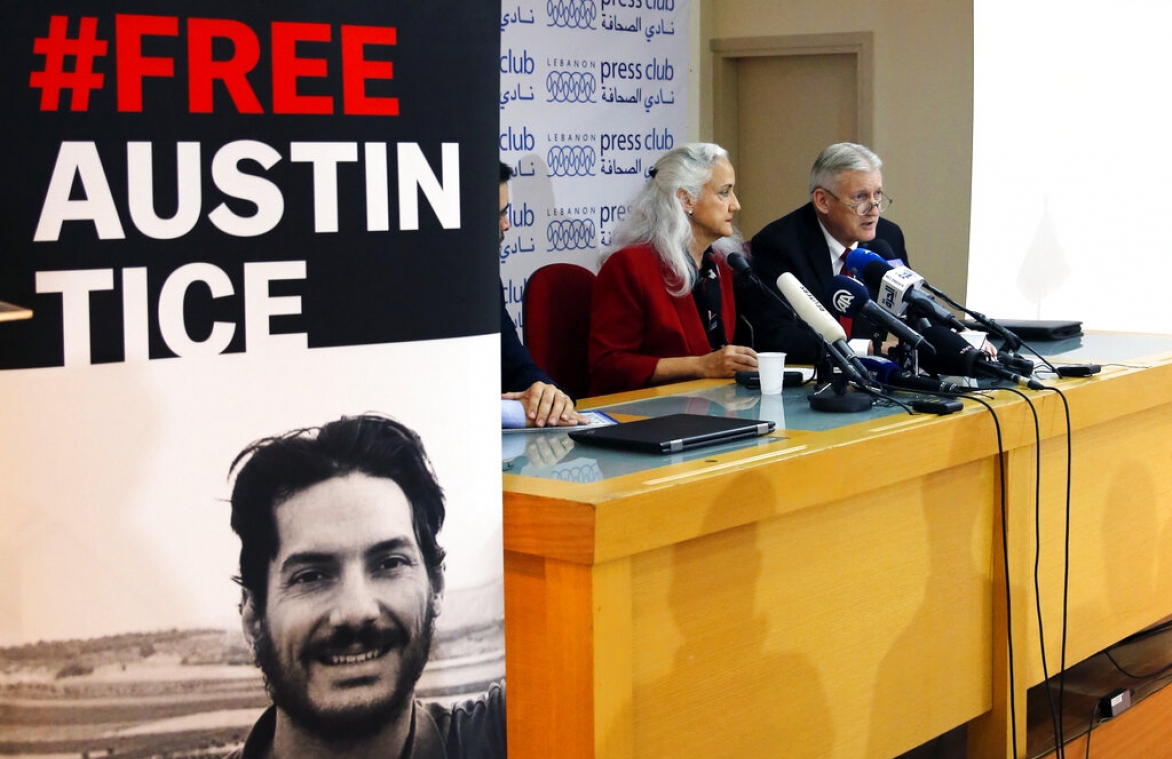 Marc and Debra Tice, the parents of American journalist Austin Tice, who has been missing in Syria for nearly six years, speak during a press conference, at the Press Club, in Beirut, Lebanon, Dec. 4, 2018. President Joe Biden says he's meeting with Tice's parents. Debra Tice was introduced Saturday night as being in attendance at the White House Correspondents’ Association Dinner. AP Photo/Bilal Hussein

Today, May 3, is World Press Freedom Day, a day to highlight the vital role of the news media around the globe.

To mark the day, the Poynter Institute examines some positive and negative developments in global press freedom — noting that the theme this year is "Journalism under digital siege."