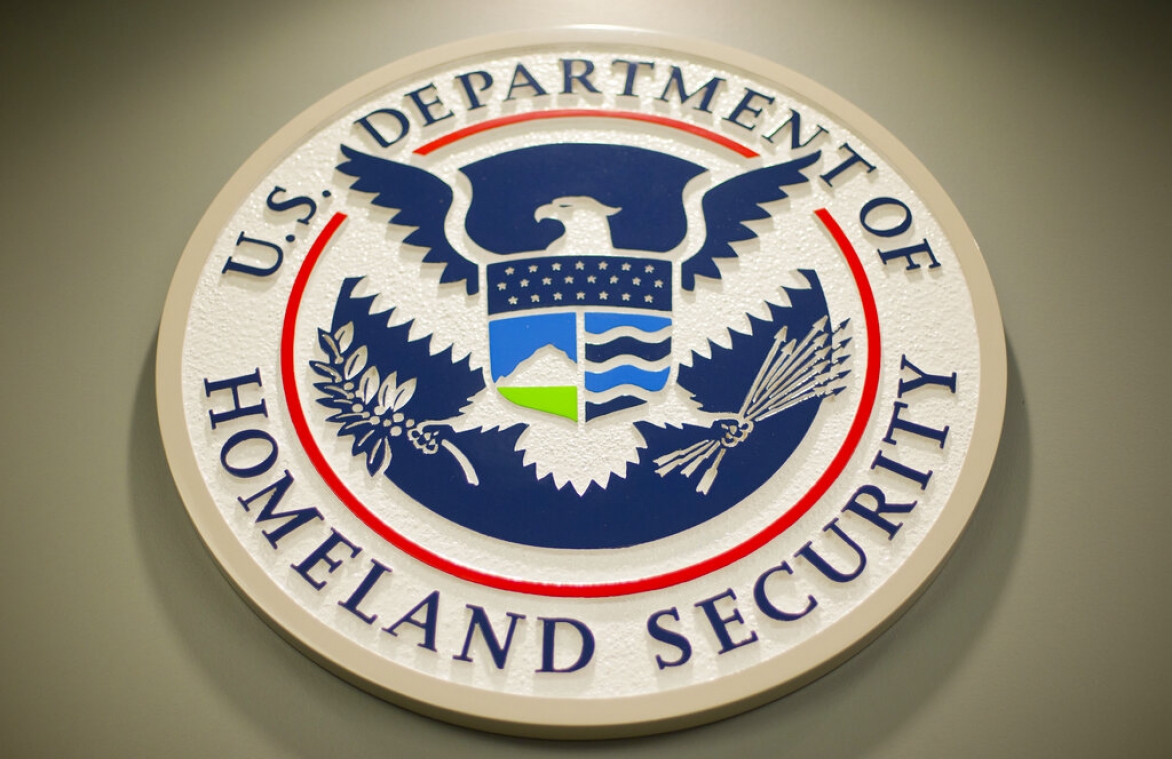 WASHINGTON (AP) — The Department of Homeland Security on May 18 paused a new and controversial board's work on disinformation and accepted the resignation of its leader, capping weeks of concerns about impinging on free-speech rights and frenzied conspiracy theories about the board itself.

Former Disinformation Governance Board director Nina Jankowicz told The Associated Press hours after resigning May 18 that a wave of attacks and violent threats she's fielded since the board's launch would not stop her from speaking out about disinformation campaigns pulsing through the social media feeds of Americans.

"We need to have a grown-up conversation about how to deal with threats to our national security and that's not what happened here," Jankowicz said. "I'm not going to be silenced."

What remains to be seen is how the board's disastrous rollout and ensuing criticism around it will damage ongoing U.S. efforts to counter disinformation used as a weapon by Russia and other adversaries. Secretary Alejandro Mayorkas acknowledged the board's controversy had become a distraction to the department's other work, which includes safeguarding U.S. elections, two officials familiar with his decision said.

Though the board has not formally been shuttered, it will be reviewed by members of a DHS advisory council that is expected to make recommendations in 75 days. The Washington Post first reported the board's pause.

Federal and state agencies treat disinformation as a national-security threat. In a statement announcing its launch, DHS said the new initiative would coordinate efforts around threats of Russian disinformation campaigns aimed at the U.S. and false claims that encourage migrants to travel to the U.S.-Mexico border.

The new board was hampered from the start by questions about its purpose, funding and work that Mayorkas struggled to answer even as he appeared in front of lawmakers on Capitol Hill earlier this month.

Mayorkas made the decision to pause the board after the negative reaction and growing concerns that it was hindering DHS' other work on disinformation, according to two department officials who spoke on condition of anonymity to discuss internal deliberations.

"The Board has been grossly and intentionally mischaracterized: it was never about censorship or policing speech in any manner," the department said in a statement. "It was designed to ensure we fulfill our mission to protect the homeland, while protecting core Constitutional rights."

White House press secretary Karine Jean-Pierre noted the board had never met and neither the department nor Jankowicz had any power to censor or remove content labeled as disinformation.

DHS officials had tried to quell concerns about how the board would affect freedom of speech and online privacy by describing it as an internal working group intended to study definitions of disinformation across the department.

But opponents remained unconvinced about the board's work and purpose.

The top Republicans on the House intelligence and homeland-security committees issued a joint statement May 18 calling the board "a political tool to be wielded by the party in control."

"This board was only successful in reinforcing that the Department of Homeland Security's priorities are severely misplaced," wrote Reps. Mike Turner of Ohio and John Katko of New York, who previously said DHS had not disclosed information to them about the program.

Sen. Mitt Romney, a Utah Republican, told Mayorkas the board was a "terrible idea" that "communicates to the world that we're going to be spreading propaganda in our own country."

Twenty Republican attorneys general, led by Jason Miyares of Virginia, threatened Mayorkas with legal action over the board "unless you turn back now and disband this Orwellian Disinformation Governance Board immediately," Miyares said in a statement.

Reception online and across conservative television shows to the board was even worse.

The phrase "Ministry of Truth" — a reference to George Orwell's novel 1984 — trended on Twitter in discussions about the board. Conservative pundits and social media users pushed conspiracy theories around its purpose, with some claiming the board was quickly developed by DHS in response to billionaire Elon Musk's quest to buy Twitter. Others put out false claims that Jankowicz planned to edit the tweets of everyday Twitter users.

"It's been really mischaracterized from the beginning," said Cindy Otis, a disinformation researcher and former CIA analyst.

Experts on disinformation warned the controversy around the board could hurt existing efforts to identify and stop the spread of false narratives about elections and hot-button issues in American society.

Russia has tried to influence the last two presidential elections by boosting false stories and using social media to inflame divisions in American society on issues like race and the coronavirus pandemic. It has continued to spread false and misleading narratives about its invasion of Ukraine. U.S. intelligence officials have also accused China and Iran of peddling disinformation to Americans. DHS has several ongoing programs to counter disinformation, including the U.S. Cybersecurity and Infrastructure Security Agency's efforts to debunk claims of election fraud.

But, Otis warned, "It would be really unfortunate if they just decided that disinformation is too publicly sensitive of an issue."

Jankowicz, too, became the center of sexist and antisemitic attacks, and even death threats online. A Fox News personality recently questioned whether Jankowicz should have agreed to lead the board while pregnant. Jankowicz said she was receiving violent threats that came in daily through phone calls, emails or Twitter messages. Some included rape or death threats. Others encouraged her to kill herself.

"It was horrible. It was constant," she said. "That's obviously really scary and really unpleasant. I was trying to do important work to protect Americans from a real threat."

The department, she said, failed to address concerns about privacy and free-speech issues around the board's work.

Other critics suggested Jankowicz was too partisan for the job, pointing to statements she made that questioned the provenance of a laptop said to belong to Hunter Biden, the president's eldest son, and replaying a TikTok video she taped about disinformation to the tune of a song from "Mary Poppins."

Supporters of Jankowicz have accused the department of not doing enough to protect her from trolls and online attacks.

"It is deeply disappointing that mischaracterizations of the board became a distraction from the Department's vital work, and indeed, along with recent events globally and nationally, embodies why it is necessary," Jankowicz wrote in her resignation letter.