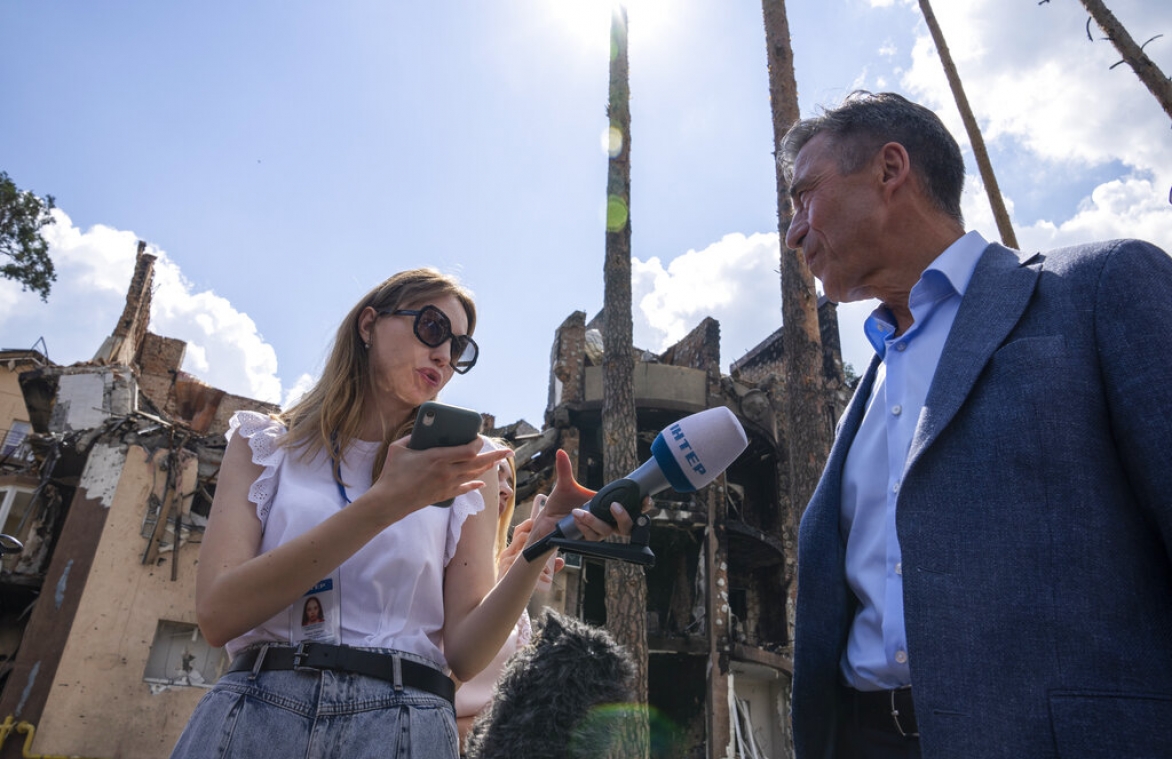 A journalist asks former Secretary General of NATO Anders Fogh Rasmussen a question during his visit to Irpin, on the outskirts of Kyiv, Ukraine, on July 1, 2022. AP Photo/Nariman El-Mofty

Our thanks to the Committee to Protect Journalists for its efforts to address Russia’s assault on the press, including a new guide to help Russian and international journalists to navigate the country’s draconian laws concerning journalism. Their announcement yesterday:

“For journalists and newsrooms operating in Russia, the introduction of amendments to the country’s criminal and administrative codes in March 2022 marked the beginning of a new and dangerous era. Under these laws, media outlets have been fined and threatened with lengthy prison terms for disseminating 'fakes' or any information that Russian authorities deemed false. Many Russian journalists, as well as foreign correspondents working in the country, fled for their own safety. Several of the country’s independent outlets relocated outside Russia.

"This new guide, developed by TrustLaw and the Committee to Protect Journalists, provides user-friendly, practical guidance for journalists and newsrooms seeking to understand the Russian “fake news” laws and how they’ve been applied thus far to both local and international press.”