Alex Jones' $49.3M verdict and the future of misinformation 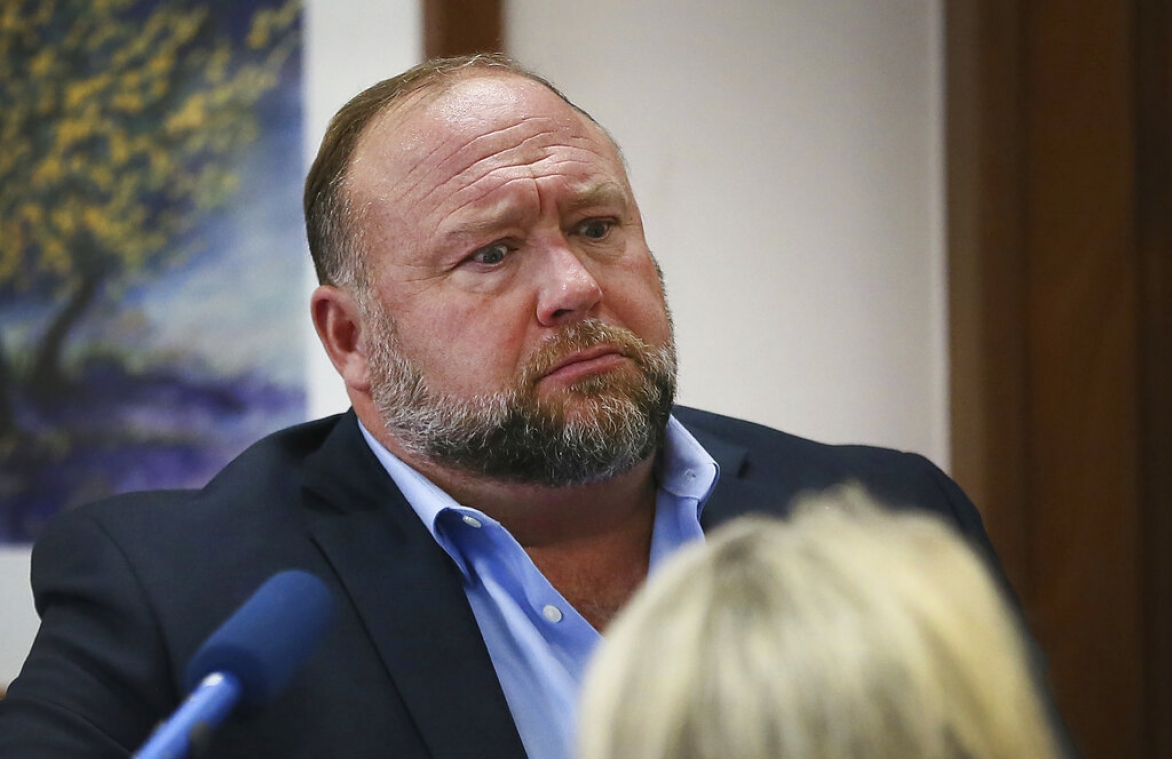 Alex Jones is facing a hefty price tag for his lies about the Sandy Hook Elementary School massacre — $49.3 million in damages, and counting, for claiming the nation's deadliest school shooting was a hoax — a punishing salvo in a fledgling war on harmful misinformation.

But what does this week's verdict, the first of three Sandy Hook-related cases against Jones to be decided, mean for the larger misinformation ecosystem, a social media-fueled world of election denial, COVID-19 skepticism and other dubious claims that the Infowars conspiracy theorist helped build?

"I think a lot of people are thinking of this as sort of a blow against fake news, and it's important to realize that libel law deals with a very particular kind of fake news," said Eugene Volokh, a First Amendment professor at the UCLA School of Law.

U.S. courts have long held that defamatory statements — falsehoods damaging the reputation of a person or a business — aren't protected as free speech, but lies about other subjects, like science, history or the government, are. For example, saying COVID-19 isn't real is not defamatory, but spreading lies about a doctor treating coronavirus patients is.

That distinction is why Jones, who attacked the parents of Sandy Hook victims and claimed the 2012 shooting was staged with actors to increase gun control, is being forced to pay up while Holocaust deniers, flat-earthers and vaccine skeptics are free to post their theories without much fear of a multimillion-dollar court judgment.

Lawyers for the plaintiffs, the parents of one of 20 first-graders killed at the Connecticut school in 2012, said they hoped a big-money verdict against Jones would serve as a deterrent to him and others who peddle misinformation for profit.

Jones, who has since acknowledged that the shooting was real, has claimed his statements about Sandy Hook were protected by the First Amendment. He even showed up to court with "Save the 1st" scrawled on a piece of tape over his mouth.

But despite the public theatrics, Jones never got to make that argument in court. After Jones failed to comply with orders to hand over critical evidence, a judge entered a default judgment for the plaintiffs and skipped right to the punishment phase.

Jones' lawyer Andino Reynal told the jury during closing arguments that a large judgment would have a chilling effect on people seeking to hold governments accountable.

"You've already sent a message. A message for the first time to a talk-show host, to all talk-show hosts, that their standard of care has to change," Reynal told jurors.

Free-speech experts say any chilling effect should be limited to people who wantonly disseminate false information, not journalists or other citizens making good-faith efforts to get at the truth of a matter.

"You have to look at this particular case and ask yourself, what exactly are you chilling?" Solomon said.

"The kind of speech that defames parents who have lost their children in a massacre is maybe the kind of speech you do want to deter. You do want to chill that speech," Solomon said. "That's the message that potentially the jury wanted to send here, that this is unacceptable in a civilized society."

As for Jones, Reynal said he isn't going away any time soon. He'll remain on the air while they appeal the verdict, one of the largest and highest-profile decisions in a defamation case in recent years.

Among others: a gadfly ordered in February to pay $50 million to a South Carolina mayor after accusing her in emails of committing a crime and being unfit for office; a former tenant ordered in 2016 to pay $38.3 million for posting a website accusing a real estate investor of running a Ponzi scheme; and a New Hampshire mortgage provider ordered in 2017 to pay $274 million to three businessmen after he posted billboards accusing them of drug dealing and extortion.