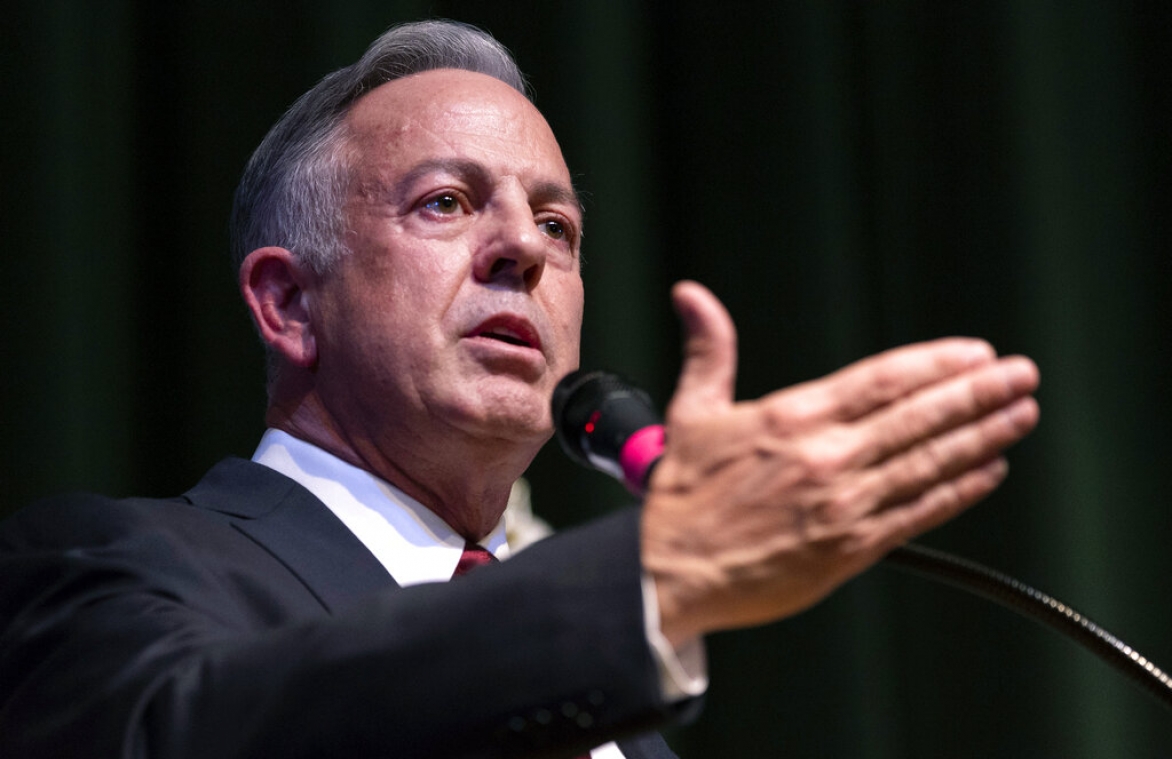 LAS VEGAS (AP) — Nevada Gov.-elect Joe Lombardo returned Nov. 14 to the high school where he graduated in 1980 to pledge transparency and put education at the top of his Republican agenda when he replaces Democratic Gov. Steve Sisolak.

But some news-media representatives were excluded from his victory speech.

"Although I won't be sworn in until January, our journey begins now," the two-term Las Vegas-area sheriff said as he wrapped up about 12 minutes of comments in a Rancho High School auditorium, including a promise of "full transparency, which I intend to lead by."

Reporters for the Las Vegas Sun newspaper, which endorsed Sisolak, and the Nevada Current news website were not allowed in. Their executives said Lombardo campaign aides told them the event reached "capacity for press." A Sun photographer covered the event, along with multiple TV crews, other print reporters and an Associated Press writer and photographer.

"This is the second time in a week the governor-elect used the 'there is no room' excuse to bar a Sun reporter from covering him," Sun Publisher Brian Greenspun said in a statement to the AP. "There must always be room for a reporter to ask questions of government."

Hugh Jackson, editor of the Current, noted that his staff were shut out of previous campaign events including a Republican election-results gathering. Jackson said there were hundreds of open seats in the school auditorium on Nov. 14.

"Most concerning going forward is the prospect that as governor, Lombardo, his office, and publicly financed executive branch government offices under his purview will refuse to provide the Current and other media organizations with public information," Jackson said.

"Now that the election is over, we must set aside our differences and come together as Nevadans to work toward a common goal of building a stronger economy and a healthier and safer Nevada," Lombardo said at the Nov. 14 event. "No matter who you are, where you're from, or who you voted for, I am ready to listen to you, work for you and earn your trust."

Lombardo promised his administration "will expand school choice and make school safety a priority, fix the broken state agencies, create safer streets by eliminating soft-on-crime laws (and) get our economy back on track so we don't have to pay the price for bad decisions coming out of Washington, D.C."

He did not offer details, and ended his speech saying he would not take questions.

"My administration will never stop listening to you," he added.