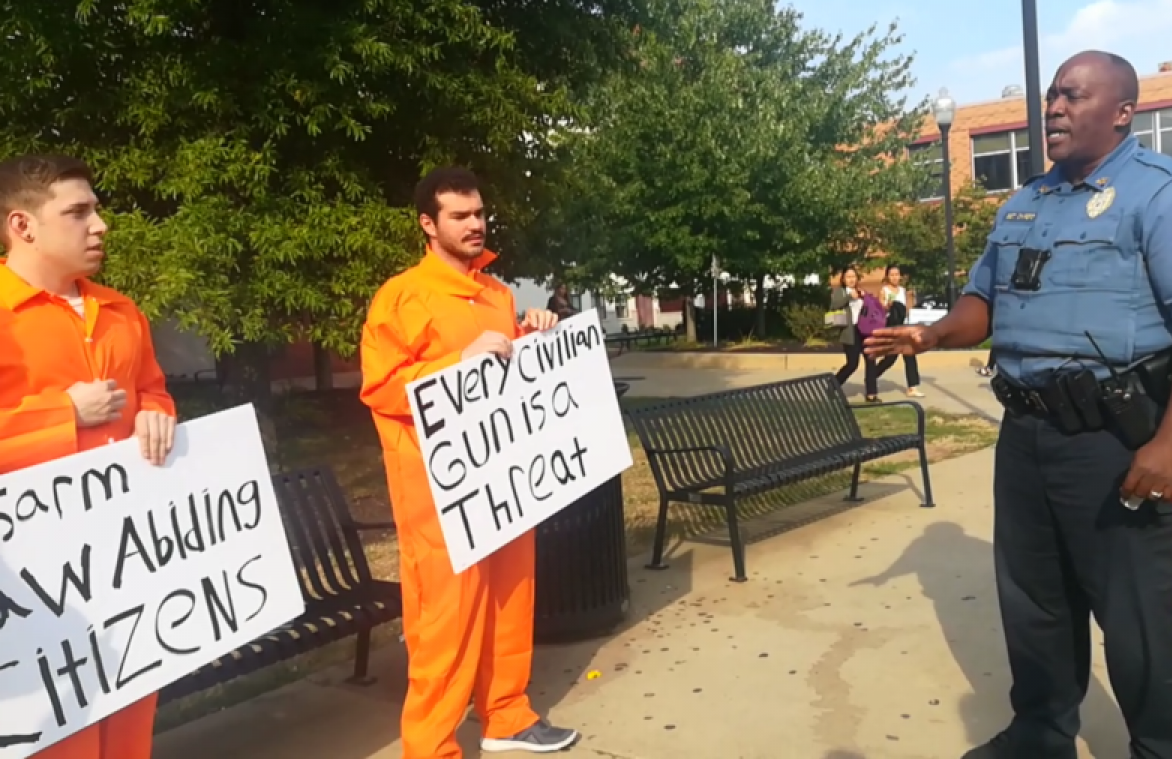 Young Americans for Liberty at Montclair State University have sued the university for prohibiting three students from peacefully expressing their opposition in orange jumpsuits to the university’s gun-free zone.

The group and another student contend in their lawsuit that the university’s permitting policy amounts to an unconstitutional prior restraint on speech.

On September 10, 2019, members of the group dressed up in orange jumpsuits as pretend criminals to protest the gun-free zone policy, which they argued benefits only criminals and not law-abiding citizens.  University officials shut down the protest, contending that the students failed to obtain prior permission under the university’s policy on demonstrations and assemblies.  That policy – called in the lawsuit as the “Speech Permit Policy” - required students to apply for a permit two weeks before the scheduled event.

The lawsuit alleges that “the Speech Permit Policy does not provide any objective criteria or guidelines for [university officials] to use when deciding whether to approve or reject a student’s request to speak.”

“A public university is supposed to be a marketplace of ideas, but that marketplace can’t function if officials impose burdensome restraints on speech or if they can selectively enforce those restraints against disfavored groups,” said ADF Legal Counsel Michael Ross in a news release.

The lawsuit also challenges at least two other university policies.

One concerns how the university grants privileges and financial benefits to student groups.  Young Americans for Liberty contend that the university’s Student Government Association has too much discretion to pick and choose which groups get university financial help. The group contends that the policy amounts to a form of viewpoint discrimination.

The lawsuit also takes aims at the university’s so-called Bias Education Response Taskforce which has the ability to punish “bias incidents.” The lawsuit argues that this term is too broad and encompasses “protected speech on important social and political discussions.”

“The University threatens coercive re-education, investigations, discipline, and criminal investigation for students who engage in protected speech,” the complaint reads.   The plaintiffs also contend that under this overbroad term “bias incidents”, their political speech will be chilled and punished.

The plaintiffs filed their complaint on January 15, 2020.   The university has not yet filed an answer.