Hate speech and the First Amendment 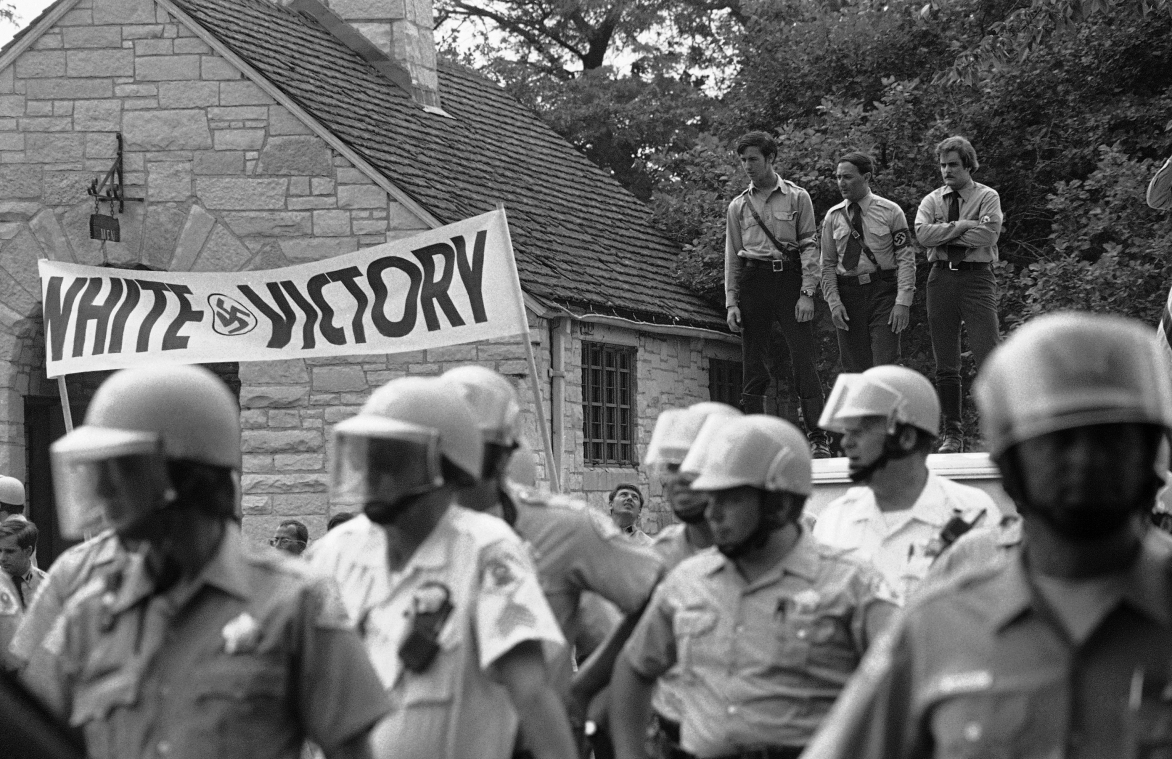 Members of National Socialist Party of America led by Frank Collin, second from right, address police-marshaled crowd in Chicago's Marquette Park July 9, 1978. After a short speech, the Nazis left the park, some 50 minutes after the rally began. A police spokesman said there were several incidents of rock and bottle throwing, but crowd of more than 2,000 "generally behaved itself." (AP Photo, used with permission from The Associated Press)

One of the first Supreme Court decisions in the ongoing debate about limiting hate speech was in 1978.

It involved the desire of the National Socialist Party, which wore swastikas and promoted white power, to march in the predominantly Jewish Chicago suburb of Skokie. Eventually, the Illinois Supreme Court held that the display of swastikas did not constitute fighting words and thus the enjoining of that speech was an unconstitutional prior restraint.

Read more about hate speech in these encyclopedia articles:

Overview of hate speech and the First Amendment