Why journalists are fighting police subpoenas in Seattle protests 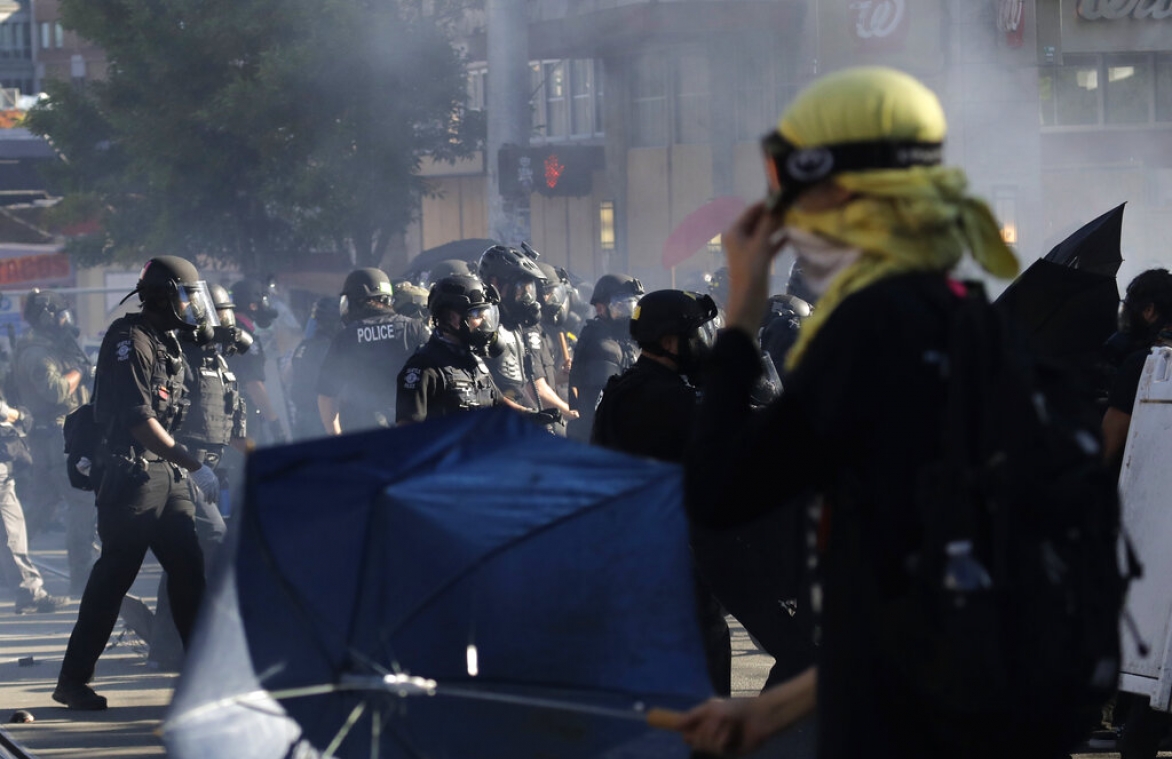 Seattle police officers wear gas masks and carry weapons as smoke rises and they clash with protesters, some carrying umbrellas, on July 25, 2020, in Seattle during a protest in support of Black Lives Matter and against police brutality and racial injustice. (AP Photo/Ted S. Warren)

A Superior Court judge has ruled that five news media outlets in Seattle must turn over to the police any photos or videos of a violent protest on May 30.

The city had subpoenaed the images, saying it was the only way to identify those who had set fire to police cars and had stolen officers’ guns. The news organizations resisted and went to court.

But why? Isn’t that a no-brainer? People committed crimes and the images can lead to arrests and justice.

The reason for the news media’s reluctance lies in 1791, when the Bill of Rights, including a free-press clause, was ratified. That first generation of Americans insisted on a free press because they didn’t trust the new central government not to abuse its powers. Newspapers of the era served as a watchdog on government.

That has never changed. Unlike totalitarian countries, our press is not an arm of government. Journalists cover government aggressively, asking tough questions. That’s why every president, regardless of party, complains about press coverage.

That independence means that journalists can generally walk freely in even the most difficult settings, reporting and recording what they see.

But what happens when that independent reporting can be captured by the government to prosecute citizens? Won’t protesters begin to view journalists as an extension of law enforcement, recording their every move? The press will become a target and lose the access it needs to report freely.

There’s actually a remedy for that. It’s called a shield law and sets limits on when government can access journalists’ unpublished content. The concept has had bipartisan support and is now the law in 40 states, including Washington. Vice-President Mike Pence was a vocal and visible advocate for a federal shield law during his years in Congress.

Why didn’t the Washington shield law protect the press in this case? King County Superior Court Judge Nelson Lee concluded that the government had met the statutory requirement for an exception. In Lee’s view, the police had exhausted every other option and the content of the photos in the videos would be compelling evidence in the prosecution of a crime.

Judge Lee did limit the use of the videos to the investigation of the arson and gun-theft cases and did not order reporters to turn over cellphone videos.

Sometimes in the heat of events, society opts for the easy solution. Bad guys commit crimes? Let’s do whatever we can to put them in jail. But the Seattle news media are fighting for 229-year-old principles that remain as critical as ever. The long game serves America well.