Skip to Main Content
Phase 3 of our campus reopening began Aug. 3. Offices are open, but operations may be modified for safety concerns. Read our plan or view updates.

Lecture is free and open to the public.

"Leonardo's Library: How a Renaissance Artist Discovered the Meaning of Books"

*Please check back for event details.

Paula Findlen's research and teaching focuses on the early history of science and medicine as well as an understanding of the Italian Renaissance world and its ramifications beyond the Renaissance, especially in the museum. A Fellow of the American Academy of Arts and Sciences, Professor Findlen has been the recipient of fellowships from the ACLS, NEH, American Philosophical Society, Delmas Foundation, Stanford Humanities Center, Getty Center, Center for Advanced Study in the Behavioral Sciences, and Guggenheim. Professor Findlen is the 2016 recipient of the Premio Galileo for her contributions to understanding Italian culture.  Her essays have appeared regularly in The Nation.

A book signing with Prof. Badger will follow in the lobby of the Tucker Theatre.

About the Strickland Visiting Scholar Program

The Strickland Visiting Scholar Program, created out of the Roscoe L. Strickland Jr. Endowment, gives students the opportunity to meet scholars with diverse historical backgrounds. Distinguished scholars visit MTSU's campus for two weeks. During that time, they instruct classes, give public lectures, and offer brown bag talks. These lectures and discussions are opportunities for the visiting scholars to present their own research and areas of expertise to the MTSU community. 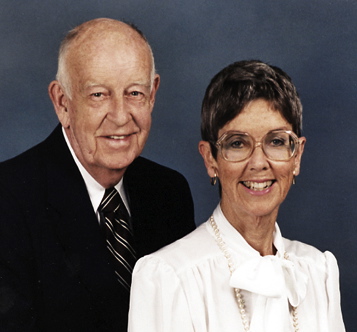 Roscoe L. Strickland Jr. joined the faculty of Middle Tennessee State University in 1949. He was one of the founding members of the University's History Department in 1963. During the department's first year, Professor Strickland also established the M.A. and M.A.T. degrees in History. In 1966, he was elected as the first President of the Faculty Senate, and was a charter member of the Pi Sigma chapter of Pi Alpha Theta in 1970. Dr. Strickland left MTSU in 1972 to become President of Southern Seminary Junior College in Virginia. It was after his death in 1997 that his wife Lucy Strickland established the Roscoe L. Strickland Jr. Endowment for advancing the study of history.

Mrs. Strickland, a one-time faculty member of MTSU herself, was a great supporter of the program and attended many lectures by the Strickland scholars. She was also the first President of the Murfreesboro League of Women Voters. Mrs. Strickland pursued law at the Law School of Washington & Lee University and graduated in 1976. When she and Dr. Strickland moved back to North Carolina, she opened her own law practice. In 1988, the two moved back to Murfreesboro. Mrs. Strickland continued and finished her law career with Kidwell, South & Beasley and served on the MTSU Foundation from 1996 to 2002 as both a Trustee and Member. She passed away in 2008, and the family created a scholarship fund for the music department in her honor.

The executive offices of the Oral History Association have opened at MTSU and will be here for the next five years.

The Offices are located in Peck Hall, Room 217.