Note: The 2023 conference schedule is in development. Check back for updates!

Conference Theme – All Identities–Pulling Together

The conference is free to attend for everyone. Please register to help in planning. All posted times are for the central time zone.

Be sure to visit the special displays that will be available in the Student Union Building Ballroom Lobby for the duration of the conference. 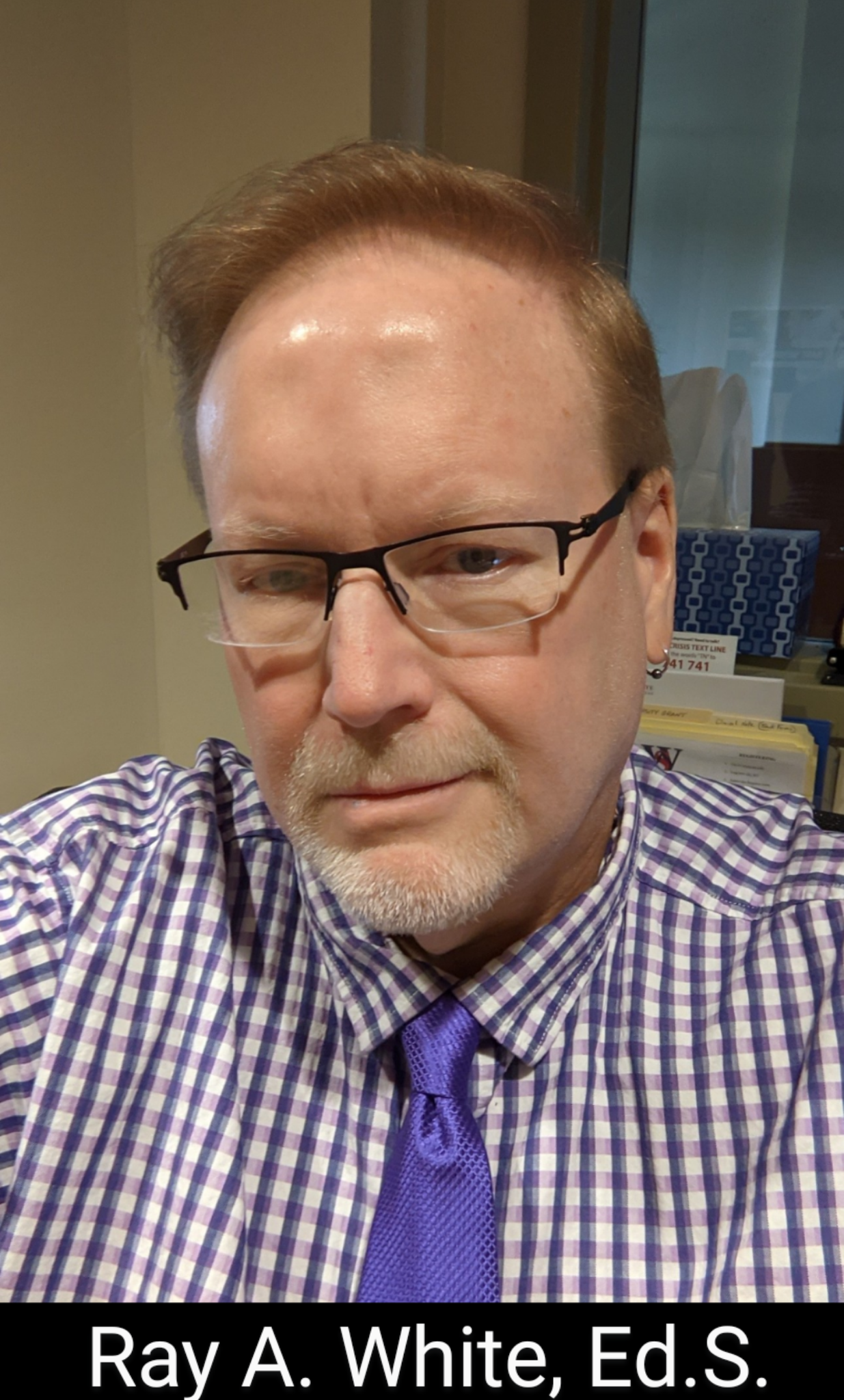 Ray A. White, Ed.S., is licensed by the State of Tennessee as a Licensed Professional Counselor with both Mental Health Service Provider, and Approved Supervisor status. White works as a Clinical Counselor for Walters State Community College and teaches both undergraduate and graduate courses in higher education. Additionally, he maintains a professional private practice (Whitewood Counseling & Consultation) where he sees clients and supervises graduate students working towards licensure.

9:45am – 10:45am Education Spotlight - Transgender Life in Tennessee

Transgender people, especially trans youth, continue to be attacked across the state from multiple angles, from the removal of HIV prevention funding to bills in the state legislature that would criminalize gender-affirming treatment for trans youth. This presentation is a discussion around issues facing the trans community, trans visibility, myths vs. facts, and how to support trans people. As the current target of many attacks, we need more allies and accomplices to help bring our messages that we are just trying to live our lives just like everyone else. 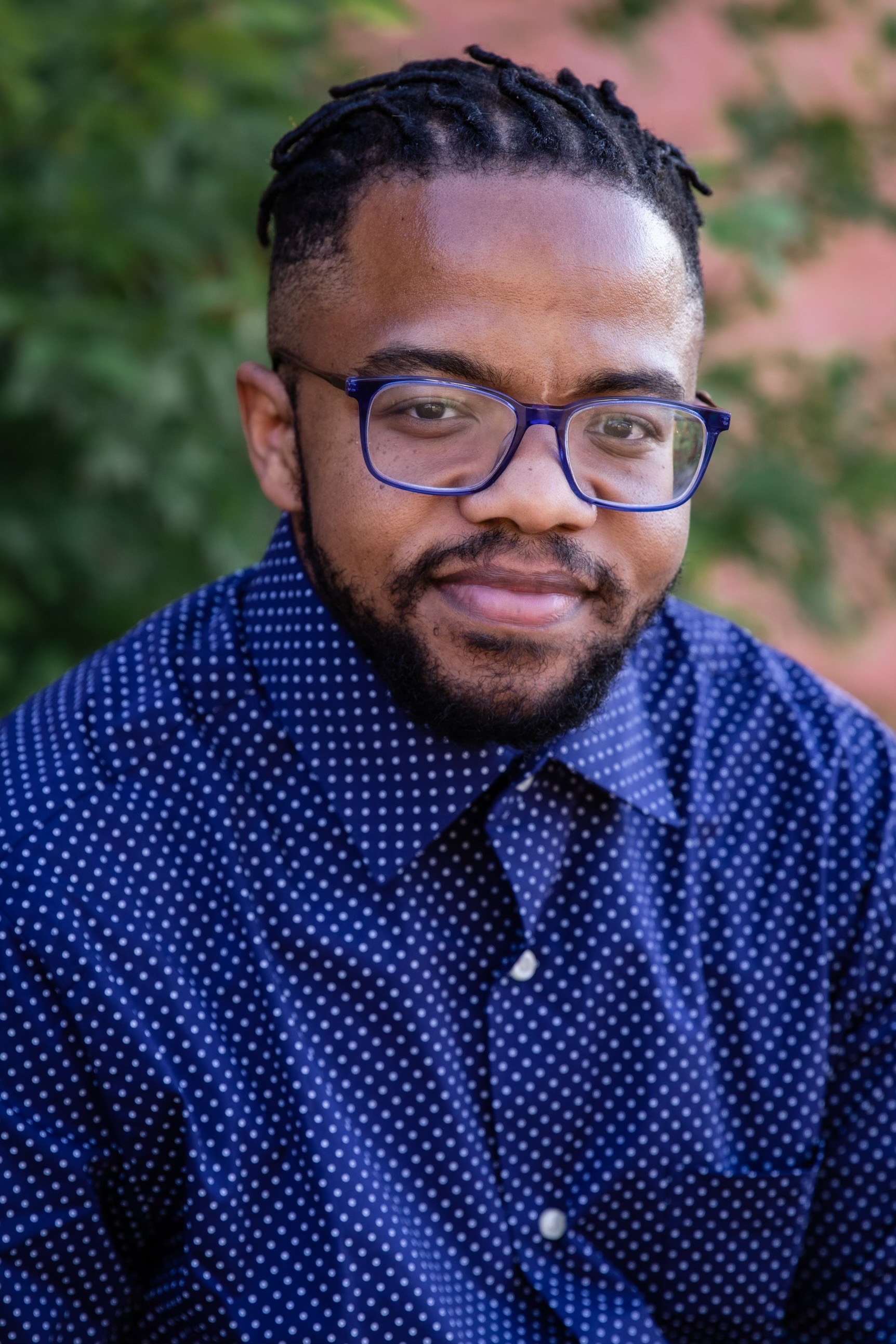 Ray Holloman is a Black, queer, transgender man that lives in the south. His unique identity allows him to see multiple sides of marginalized communities. He currently is Chair of the Tennessee Transgender Task Force, and a member of Vanderbilt University Medical Center LGBTQ+ Advisory Board, IN|TN Embrace Governance committee. Ray enjoys sharing his story to educate the public about transgender and queer people. He is married, with 4 ish dogs, 20 ish chickens and 5 ish quail.  He enjoys farming, quilting, and cooking in his limited spare time.

After an overview of the situation for LGBTQ people in East Africa (covering the countries Tanzania, Kenya, and Uganda), panelists will share stories of their experiences with activism and living as LGBTQ people in Africa. The presenters will also discuss ways that the audience can assist people facing violent oppression in East Africa.

1:00pm - 2:15pm Keynote - Pink Triangle Legacies: Coming Out in the Shadow of the Holocaust

Learn the dynamic and inspiring history of the LGBTQ+ community's original pride symbol by tracing the transformation of the pink triangle from a Nazi concentration camp badge into a widespread emblem of queer liberation, pride, and community. Drawing from unexplored archival sources and original interviews, Dr. Jake Newsome showcases the voices of LGBTQ+ Holocaust victims and a rich tapestry of queer lives who found meaning in the pink triangle in a post-Holocaust world. 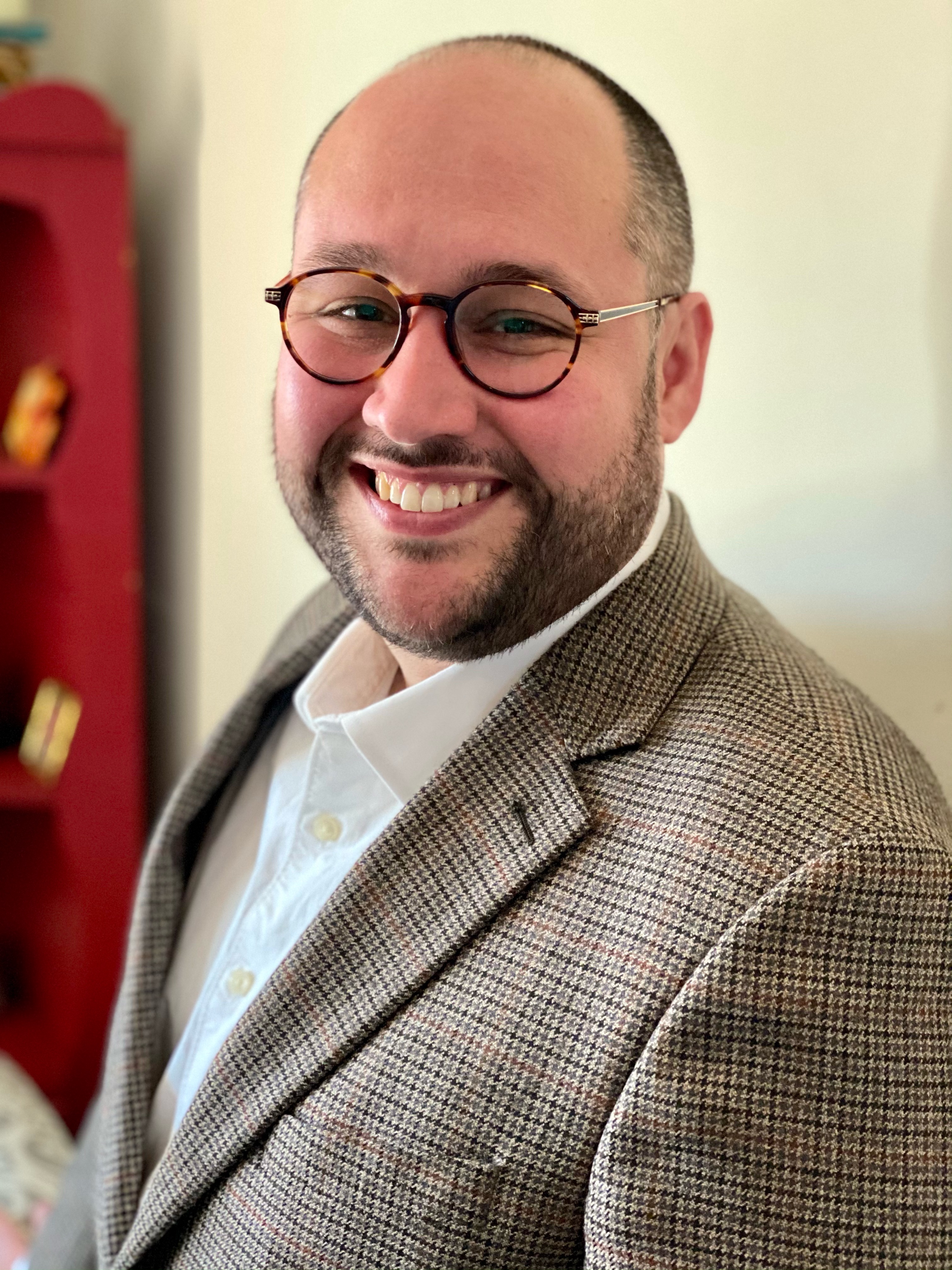 Dr. Jake Newsome is a scholar of American and German LGBTQ+ history whose work as a public historian reaches global audiences. He currently works as a museum professional in Washington, DC. You can find him online at wjakenewsome.com and on social media at @wjnewsome.

Please join us for a highly interactive session designed to build your business etiquette competence! This session will include an overview of the

The festival will feature films related to LGBT+ issues submitted from around the globe. 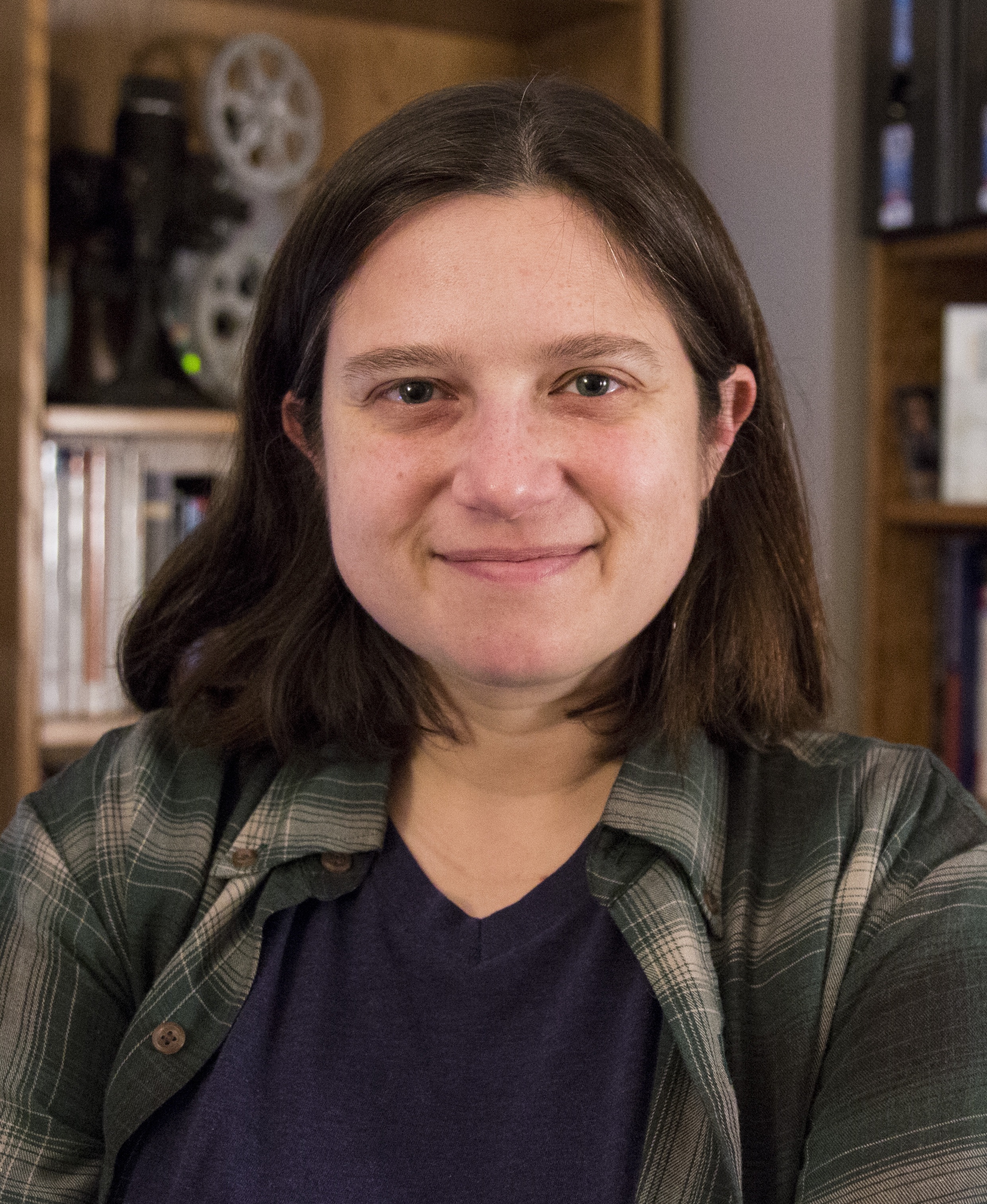 Allie Sultan is an award-winning independent filmmaker whose work spans narrative, documentary and experimental modes. A graduate of the MFA-Cinema program at San Francisco State University, she has worked as a picture and sound editor with some of the San Francisco Bay area’s finest film companies and organizations – including American Zoetrope, ZAP Zoetrope-Aubry Productions, Berkeley Sound Artists, the Bay Area Video Coalition, and Tippett Studio. Her latest film project, Incognita’s Infamous Adventures, won Best Web Series at the 2021 Orlando Film Festival. She is currently in post-production on a feature documentary about LGBTQ Christians.

Allie is an Associate Professor of Video and Film Production at Middle Tennessee State University, where she teaches film and video production to the next generation of independent filmmakers.

Friday, April 14 - Intersections of Identity with the Broader Community 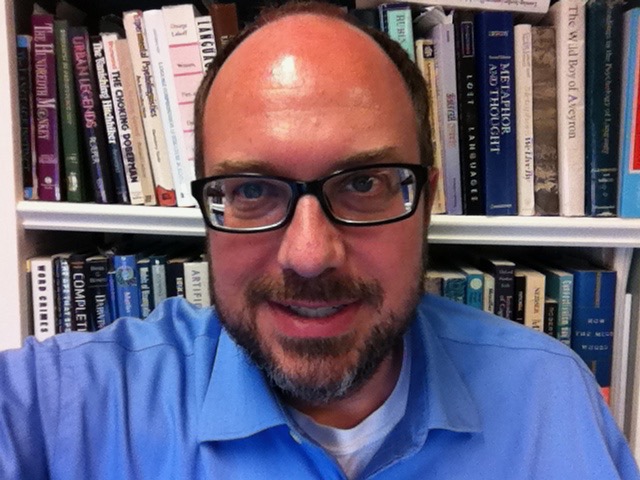 This workshop will explore the process of securing funding. 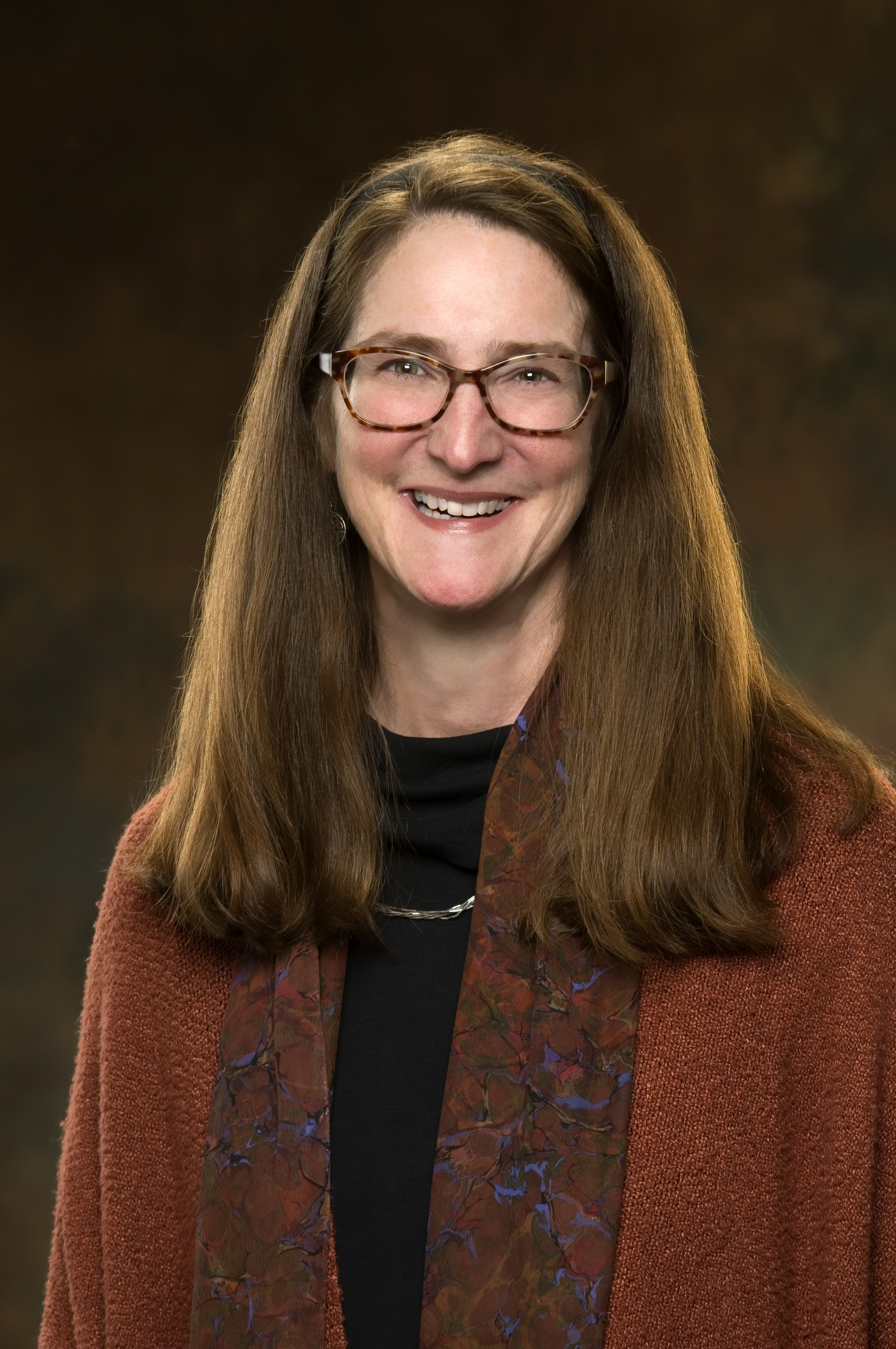 Kaki is the Executive Director of the Maddox Fund in Nashville Tennessee. Prior to joining Maddox, Kaki was the Director of GivingMatters.com at the Community Foundation of Middle Tennessee. Kaki served as the founding Executive Director of Renewal House, a residential recovery community for women and their children and Reconciliation, a nonprofit serving families of inmates. Kaki has also served as the association pastor of a large Nashville congregation and as a chaplain for Alive Hospice. Kaki’s volunteer work focuses on issues of immigration reform and affordable housing. She volunteered to visit Tennessee death row inmates for 32 years. Kaki received her bachelor’s degree from TCU and her master’s degree from Vanderbilt Divinity School. She is ordained in the Christian Church (Disciples of Christ). Kaki is the recipient of the 2013 “Amiga We Love” award from Conexión Américas, the 2015 Human Relations Award from Community Nashville, the 2017 Academy of Women of Achievement from the YW and the 2018 Hall of Fame from Tennessee Justice Center.

A foundational element of the conference’s initial conception, this panel explores the “bottom line value” that organizations place on their capacity to create a culture in which differences are respected and inclusion is strategically leveraged as an organizational strength. Students preparing to enter the employment pipeline will have an opportunity to gain insights on how potential employers' policies and practices address various dimensions of diversity, including gender identity or expression and sexual orientation. D & I professionals and other leaders in attendance will benefit from open and honest dialog in building their knowledge and exploring new thought leadership for the benefit of the work unit and organization. 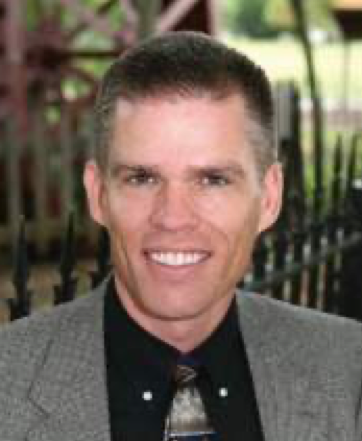 Dr. Patrick McCarthy, J.D., received his Ph.D. in Industrial/Organizational Psychology from George Mason University and his J.D. from the Nashville School of Law. He is a licensed attorney and a member of the American Bar Association’s Labor and Employment Law Division. Dr. McCarthy is a co-founding Senior Consultant of MTSU’s Center for Organizational and Human Resource Effectiveness (COHRE), and has worked with over 80 clients ranging from Fortune 100 corporations to community nonprofits. Dr. McCarthy is also a past recipient of the LGBT Plus College Conference’s Ally in Diversity Award, and MTSU’s LGBT+ Faculty Advocate of the Year Award.

Conference participants will gather for

9:30am – 10:30am Plenary Discussion - Personal Reflections on Pulling Together

Panelists (selected from conference participants) will discuss their experiences of pulling together in a variety of contexts, academic, corporate, and community.

Panelists will be selected from conference participants who volunteer to participate.

Everything I Learned, I Learned in a Chinese Restaurant

Author Curtis Chin will read an excerpt from his upcoming memoir and talk about his experiences with coming of age and coming out in Detroit during the 80s. Chin was forced to navigate rising xenophobia, the AIDS epidemic, and the Reagan Revolution to find his voice as a writer and activist — all set against the backdrop of his family's popular Chinese restaurant. The book, which features plenty of Chinese food, Motown vibes, and crack cocaine, will be published by Little, Brown in the fall of 2023. 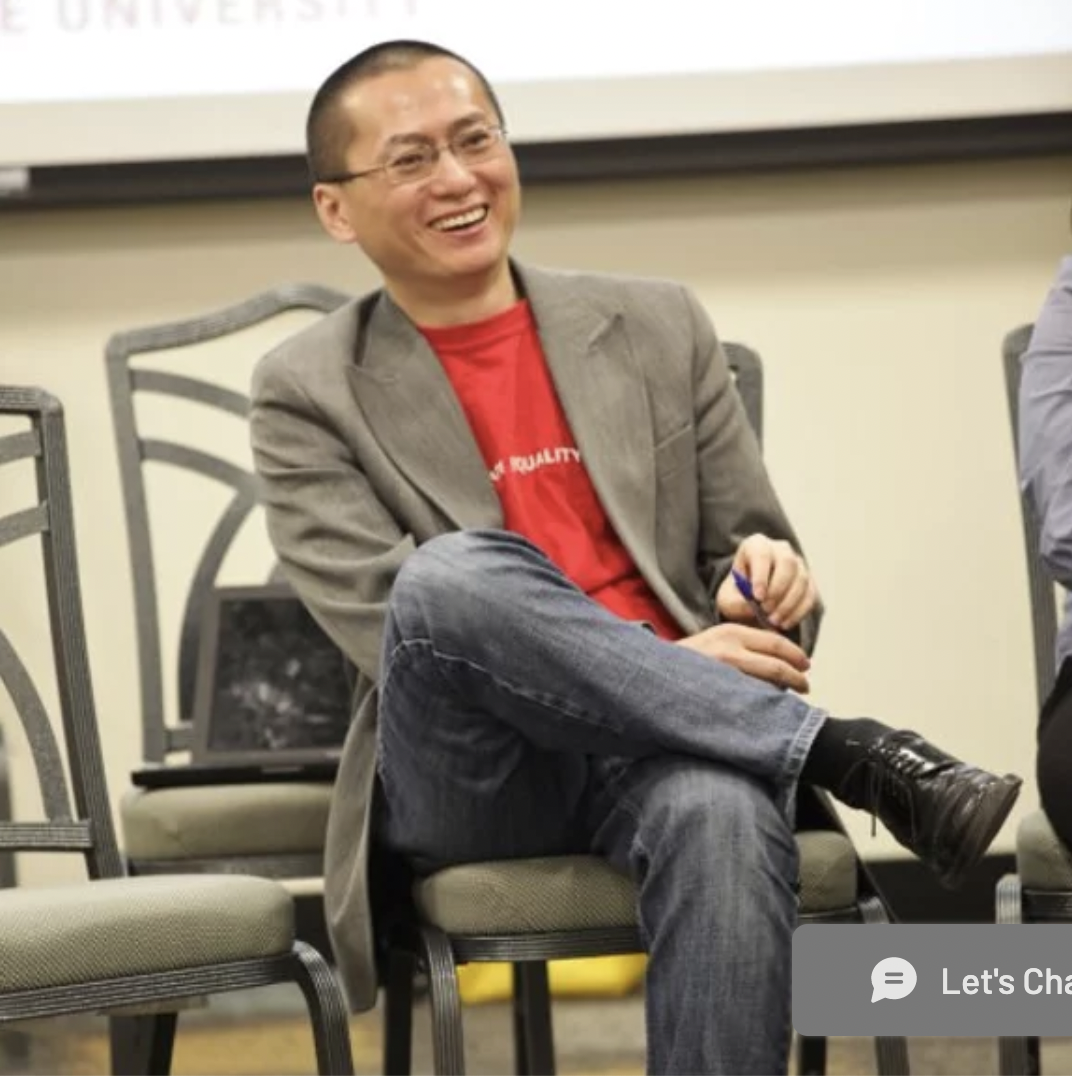 A co-founder of the Asian American Writers’ Workshop in New York City, Curtis Chin served as the non-profits’ first Executive Director. He went on to write for television before transitioning to social justice documentaries. Chin has screened his films at over 600 venues in sixteen countries. His essays have appeared in Bon Appetit and the Emancipator/Boston Globe. A graduate of the University of Michigan and former Visiting Scholar at New York University, Chin has received awards from ABC/Disney Television, New York Foundation for the Arts, National Endowment for the Arts, and more. He can be found at CurtisfromDetroit.com

Lunch will be provided to allow conference attendees to network and interact with participating religious and community organizations.

Panelists and participants will discuss

Participants will "report out" key lessons from the conference, complete conference evaluations, and make recommendations for next year's agenda.

Purchase TicketsAward DescriptionsSubmit an Award Nomination
Join us in a celebration of the conference attendees and presenters, and help us recognize the remarkable achievements of our nominees and award winners. 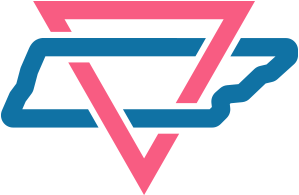 Lambda hosts weekly meetings and membership is open to all currently enrolled MTSU students who act in good faith of Lambda's Constitution and Community Standards. Membership dues are announced at the beginning of each academic year and can be paid at any time.