Skip to Main Content
Classes will continue through remote delivery of instruction remainder of Spring 2020 semester. Many employees are working remotely; as a result, some services may be modified or limited. Updates at mtsu.edu/coronavirus.

MTSU’s new Religious Studies major is the first for a public university in middle Tennessee. The academic study of religion contributes to the wider study of global cultures and international affairs, as well as personal and collective identities. Coursework in Religious Studies prepares students for occupations in a variety of fields, including education, research, religious ministry, counseling, human resources, and marketing. In addition to developing critical thinking skills, religious literacy helps prepare students to succeed in an increasingly diverse and multicultural society and workforce, from jobs as wide-ranging as international business leader to elementary school teacher. MTSU classes include such activities as experiential learning, fieldwork and ethnographic projects, scholarly research, production of short documentary films, independent foreign study, and language training. 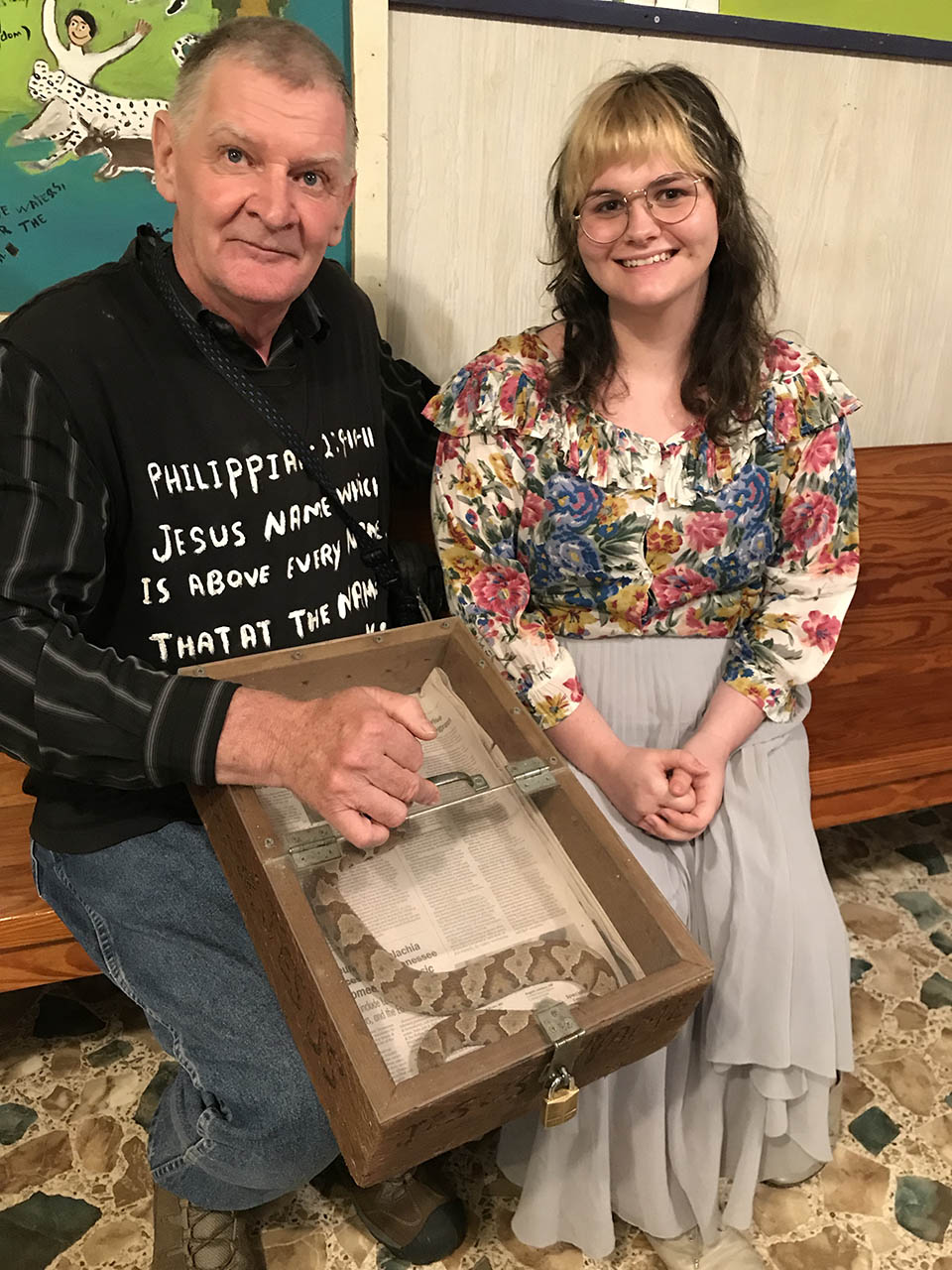 Lauren Morris is pursuing a graduate degree in Mental Health Counseling at Portland State University in Portland, OR. She will graduate in 2020.

Lauren graduated with a double major in Religious Studies and Psychology. While at MTSU, Lauren conducted fieldwork as a URECA scholar on “The Evolution of Public Perceptions of Serpent-Handling Churches.” She also completed an honors thesis project, entitled “Effects of Morality Salience on Religiosity and Transphobia.” When asked to reflect on her time as a Religious Studies major, Lauren stated: “Religious Studies not only gave me a tight knit community at MTSU, but also gave me a more complex understanding of both the world and my neighbors. Students thinking about choosing a Religious Studies major should know that RS challenges and develops your writing, research, and communication skills, which helped me succeed when applying for jobs and graduate school.”

A Religious Studies major provides students with an invaluable foundation for a wide range of careers in which reading, writing, understanding, and analysis are essential. A bachelor’s degree in Religious Studies also prepares students exceptionally well for graduate programs, according to a 2015 report from the American Academy of Religion. Over 75% of Religious Studies graduates surveyed nationwide had pursued graduate work in fields such as religion and theology, psychology, law, history, philosophy, anthropology, and sociology. The survey also found majors were primarily employed in these areas:

Employers of MTSU alumni include

Because this degree program is new, employer information is still being compiled.

Students majoring in Religious Studies at MTSU have the option of pursuing the Bachelor of Arts (B.A.) degree, which requires proficiency in a foreign language, or the Bachelor of Science (B.S.) degree.

As a descriptive, interpretive, comparative and historical field, Religious Studies coursework helps prepare students to become well-informed, independent, and creative thinkers equipped with the methods and theories necessary to study religious phenomena in a systematic way, to synthesize findings, and to analyze critically what one finds.

For complete curriculum details, click on the REQUIREMENTS tab above.


Introduces the academic study of world religions with an emphasis on the ways religion both influences and is influenced by society and human behavior.


Studies the historical development of biblical and extra-biblical texts with an emphasis on cultivating the skills of critical textual analysis, an understanding of reception history, and the emergence of diverse canons and interpretive approaches across different communities, both Jewish and Christian.


Employs central categories and concepts from the academic study of religion to analyze case studies from Western, Eastern, and Indigenous religions.


A socio-historical survey of Christian thought and practice from the patristic period to the contemporary era. Discusses major events, texts, and figures in Christian history. Includes the study of theological concepts, interpretations of scripture, Christianity and politics, gender and sexuality, and disputes over orthodoxy.


The study of religious rituals and ceremonies that mark specific points in time, namely those in which individuals experience transition (births, weddings, funerals, and initiations). Explores how rites of passage and religious identities around the world are constructed and serve as sites of both conflict and resolution in a variety of religious traditions and cultural contexts.


A cross-cultural and comparative examination of the dynamics of religious journeys with the goal of gaining a thorough understanding of the phenomenon of pilgrimage in all its complexity. Buddhist, Christian, Hindu, Judaism, Muslim, and indigenous traditions regularly included.


Surveys discourses and rituals associated with the supernatural across world religions. Topics covered might include angelology and demonology, sorcery and witchcraft, hauntings and possessions, and magic and miracles.


Examines the intersections of race, religion, and nation in various historical and cultural contexts.


Examines global Christianities focusing on how narratives of the global correspond to and feed into localized religious practices within Christianity in a variety of regional and specific contexts.


Surveys the diverse portraits of Jesus reflected in the socio-culture interface of the first century CE, early Christian literature, the modern scholarly quest for the historical Jesus, and in light of recent discussions, movements, films, and books


Examines and analyzes contemporary issues in the religious lives of Native American, First Nations, Aboriginal, and other indigenous groups from a religious studies perspective.


Explores historical and socio-cultural developments within Hinduism, Buddhism, and Asian religions, their relation to other religions, and interactions with broader cultural forces.


Explores historical and socio-cultural developments within Judaism, Christianity, and Islam; their relation to other religions of the world.


Presents a survey of historical and contemporary Buddhist traditions. Examines the rise and development of Buddhism throughout Asia in areas such as India, Southeast Asia, Tibet, and East Asia. Closely examines doctrines, rituals, ceremonies, and scriptures and compares key similarities and key differences among diverse Buddhist traditions such as Theravada, Mahayana, and Vajrayana Buddhism.


Survey of Islamic traditions in various historical and cultural contexts.


Examines magic, ritual, and religion in the context of Tibetan Societies. Religions covered will include Buddhism, Bön, Islam, and indigenous Himalayan tradition.


(Same as WGST 4201.) Examines changing conceptions of women's roles in various religious traditions with particular attention to the ways religious beliefs and practices have influenced and are influenced by feminism and struggles for gender equality both within and outside religious institutions.


Practical experience in applying coursework in Religious Studies to actual situations and projects in organizations, both on and off campus, in a supervised internship program.


An in-depth study of a specific topic in Religious Studies. Content will vary from semester to semester and will reflect the research interests and expertise of the instructor. May be taken more than once, as topics change for a maximum of 9 hours.


Prerequisite: At least 12 Religious Studies credit hours and junior or senior standing or permission of instructor. Capstone seminar for Religious Studies majors and minors. Students reflect on previous religious studies coursework in the context of their college education, analyze and critique substantial theoretical contributions to the discipline of religious studies, and complete a final product that "caps" their study of religion at MTSU.

Who is My Advisor?

Department of Philosophy and Religious Studies