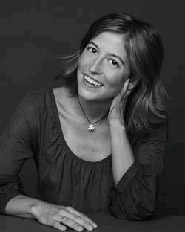 Amy Richards (Soapbox inc) When Amy Richards graduated from Barnard College in 1992, she did not know that her summer project would be the beginning of her career as a feminist activist, writer, and organizer. Amy expected to use her degree in Art History to work in a museum or gallery. Instead, after she organized Freedom Summer '92, a cross-country voter registration drive, Amy went on to co-found the Third Wave Foundation, a national organization for young feminist activists between the ages of 15 and 30.

For a decade, Amy led Third Wave as it grew from a small grassroots organization into a national institution. At Third Wave, Amy created and sustained the organization's program areas—grant-making, public education campaigns and a national membership—and initiated projects such as "I Spy Sexism," a public education and postcard campaign encouraging people to take action on the injustices that they witness every day, and "Why Vote?," a series of panel discussions on funding for the arts, education, reproductive rights, and affirmative action.

Through this leadership, Amy became a spokesperson and leading voice for young feminist issues. This launched her on the lecturing circuit and brought her invitations to appear in videos, books and media interviews offering her perspective on current events and especially youth and feminist culture. Amy has appeared in a range of media venues including Fox's The O'Reilly Factor, Oprah, Talk of the Nation, New York One and CNN. Amy was publicly distinguished as a leader in 1995 when Who Cares magazine chose her as one of twenty-five Young Visionaries.

She has gone on to win accolades from Ms. magazine, which profiled her in "21 for the 21st: Leaders for the Next Century,"; Women's Enews, which in 2003 named her one of their "Leaders for the 21st Century,"; and the American Association of University Women, which recently chose her as a 2004 Woman of Distinction.

As Amy moves into her thirties and away from her commitment to Third Wave, she makes her living as a lecturer, writer and consultant. Amy was the interim director for Twilight: Los Angeles, a film by Anna Deavere Smith, where she oversaw a national educational program that addressed race in America.

She has also consulted for Scenarios USA on the distribution of their teen educational videos, with Gloria Steinem on her writing and political commitments, and the Columbia School of Public Health on the long-term negative health consequences of welfare reform. Amy is also the voice behind Ask Amy, the online advice column she launched at feminist.com in 1995.

Manifesta: Young Women, Feminism, and the Future , Amy's first book, which she co-authored with Jennifer Baumgardner, was published by Farrar, Straus and Giroux in October 2000. Amy and Jennifer completed their second book, Grassroots: A Field Guide for Feminist Activism, and together they also created Soapbox Inc: Speakers Who Speak Out, a lecture agency for "speakers who speak out."; Amy's writings have also appeared in The Nation, The LA Times, Bust, Ms. and numerous anthologies, including Listen Up, Body Outlaws and Catching A Wave. Insight Guides recently hired Amy to write a shopping guide to New York City.

She is also very involved with the organizations on whose boards and advisory committees she serves, Third Wave, Ms. Magazine, Choice USA, the Sadie Nash Leadership Program, feminist.com and Planned Parenthood of New York City.

She is at work on a book about feminism and motherhood called Opting In: Having a Child Without Losing Yourself. 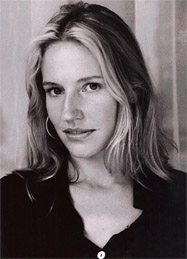 Jennifer Baumgardner (Soapboxinc) For nearly 15 years, Fargo-native Jennifer Baumgardner has made her career in New York City as a prominent voice for women and girls, working as a writer, a speaker, and an activist. After a five-year stint as the youngest editor at Ms. (1993-1997), Jennifer began writing for a diverse array of publications, doing investigative pieces for Harper's and The Nation, exploring stories such as why younger women appear to be less pro-choice and the fact that "rape kits"; are routinely lost or rendered inadmissible in sexual assault cases.

She has written several commentaries for NPR's All Things Considered. She also writes for many of the major women's magazines (including Jane, Glamour, Marie Claire, and Elle), for which she has written about abortion rights, the first female deemed a sexually violent predator, and the Miss America Pageant.

Her first book, Manifesta: Young Women, Feminism, and the Future , co-authored with colleague Amy Richards, was published in October of 2000. Gloria Steinem, Eve Ensler, and Naomi Wolf (as well as thousands of young women and men who have read it and written to Jen and Amy) enthusiastically endorsed Manifesta. The book garnered dozens of reviews, including those in The New York Times Book Review, Jane, Brill's Content, Ms., The Village Voice, The Nation, and The New Republic. Their second book together, Grassroots: A Field Guide for Feminist Activism was published in 2005 and is now available in bookstores nationwide (FSG). Jennifer's latest book, Look Both Ways: Bisexual Politics (FSG) was published in 2007. In it, she tackles her own bisexuality as well as the feminist politics surrounding women who look both ways.

Since 2000, Jennifer and Amy have lectured at more than 200 colleges and high schools including Yale, Harvard, Colgate, the University of North Dakota, the University of Michigan, Mills College, Rutgers, Tulane, Vanderbilt, USC, Swarthmore, Appalachian State, and they were both fellows at Dartmouth in 2004.

Jennifer is the editor of a series of feminist classics for Farrar, Straus & Giroux, including Shulamith Firestone's The Dialectic of Sex (2003) and Germaine Greer's The Female Eunuch (2002). Jennifer has written introductions, chapters, and epilogues for several recent books about feminism, including the introduction to a new edition of Alix Kates Shulman's bestselling Memoirs of an Ex-Prom Queen and (with Amy Richards) to Courtney Love's forthcoming diaries entitled Dirty Blonde. She has also written liner notes for Papa, Don't Lay that S--t on Me, the 2004 Rounder Records reissue of The Women's Liberation Rock Band's historic 1972 recording.

Jennifer has worked as a writer and organizer with foundations such as Honor the Earth, an indigenous environmental group, Planned Parenthood Federation of America, and the Third Wave Foundation, the only national organization for feminist activists between the ages of 15 and 30.

She is a former board member and key fundraiser for the New York Abortion Access Fund (NYAAF) and, through an organization called Haven, hosts women who come to New York from other states in order to get a later-term abortion. Further, she created an "I Had an Abortion"; campaign to encourage women and men to "come out"; about their procedures, of which an element is a film documenting women's stories of abortion.

Jennifer is a popular pundit and interview guest, with a stint as a regular panelist on the Oxygen Network for women and appearances on shows from The Oprah Winfrey Show to NPR's Talk of the Nation. In 2003, the Commonwealth Club of California hailed her in their centennial year as one of six "Visionaries for the 21st Century,"; commenting that "in her role as author and activist, [Jennifer has] permanently changed the way people think about feminism…and will shape the next 100 years of politics and culture."; She lives in Williamsburg, Brooklyn, with her toddler, Skuli. 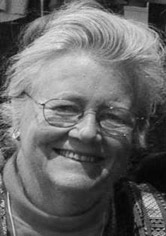 Dr. McIntosh is Associate Director of Wellesley Centers for Women, Wellesley College. She is noted for her work in identifying privilege as a factor in gender and race dynamics. Among her many achievements, she founded the National SEED Project on Inclusive Curriculum (Seeking Educational Equity and Diversity). She works worldwide to promote diversity in education and the workplace.

She has taught at Harvard University, Durham University, Trinity College (Washington, D.C.), and Wellesley College, and at other institutions. Her many projects include co-founding the Rocky Mountain Women's Institute and directing the Gender, Race, and Inclusive Education Project, which conducts workshops on identifying and analyzing systems of privilege and promoting diversity. She has been a consulting editor for Sage: A Scholarly Journal on Black Women for many years.